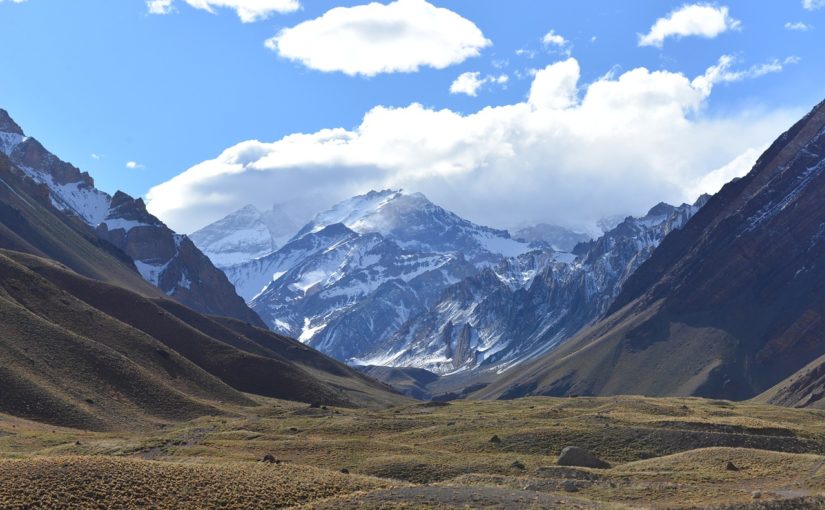 Emerson clung tight to the controls of her ornithopter as they flew into the mountain pass.

“Woohoo!” she yelled, waggling the Seahawk’s wings. “Look at that view!”

Emerson glanced back to see her engineer wrestling with a piston. She might be keeping them on course, but without him the machine never would have survived an endurance race. The Peruvian Grand was a team effort.

A gust of air snatched at their wings and the yoke jerked in Emerson’s hands. A mountainside loomed into view and she pulled back, lifting them in time to avoid a fatal crash.

She let out a sigh of relief and wiped the sweat from her brow.

Another ornithopter flapped past beneath them, so close to the ground that snow swirled up beneath it.

“Lunatic!” Emerson shouted as the craft rose in front of them, its tail almost hitting the Seahawk’s nose. She yanked on the yoke again to pull them clear.

The other ornithopter bore the red markings of the Malian team, the last people she wanted to see. There were only three real competitors here in the final leg – the Malians, the Chinese, and her and Caron flying for the Angevin Republic. The Chinese she knew she could beat, but the Malians were a mystery, their pilot never even showing his face. Who was behind the controls of that machine?

“Keep her steady,” Caron shouted. “I’ve got to get this piston back in place.”

Emerson held the yoke level and let an updraft lift them. With a cloud bank above and the mountains below, there was little space to manoeuvre. This was the leg of the race meant to test them to the limits.

She was gaining speed on the Malian ornithopter, thanks to Caron’s excellent work building and maintaining their engines. If she could just get past the Malians then victory was assured.

She edged left and up, past the other craft’s slipstream, almost there…

The Malian’s wings twitched and the craft shot into her path. She yelped, banked right, and almost lost control as another gust of wind swept in.

“That guy’s got a screw loose,” she said. “If I’d been a moment slower we’d have crashed into him.”

Caron emerged from the rear, took his seat, and pulled out a map. “The valley forks up ahead. Go right.”

“I don’t like the look of the winds that way.”

Sure enough, a mountain loomed ahead, splitting the route in two. And, as Caron had predicted, the Malian ornithopter veered left.

“This is it,” Emerson said, grinning as she steered them into the right-hand valley mouth. “World record, here we come.”

Another unexpected gust caught the Seahawk and sent them spinning towards the mountainside. Emerson cut power to the engines, lifted one wing, and pulled them up seconds before they would have smashed into rocks and snow.

She stared in bewilderment at the Malian ornithopter. It had flown up so close under them that it flung her of course. Now it was hurtling ahead, following a mad, twisting trajectory down the valley while she fought to regain control.

“Madman!” she bellowed. “Imbecile! I’ll have you drummed out of the sport for this!”

She re-engaged the engines and felt the pulse of power as the Seahawk’s wings flapped. They accelerated after their opponents, but the difference in speed was too great, the gap between them insurmountable.

Caron sank back in his seat and let out a loud sigh.

“Second’s not bad,” he said. “Not given the competition.”

“Second be damned! I’m going to punch that lunatic’s lights out.”

The aerodrome crowd was cheering when they came in. Not for them, of course, but for the winners walking away from the red-painted Malian craft.

Emerson set the Seahawk down, scrambled out of the cockpit, and strode across the packed dirt. The crowd parted before her, some of them offering congratulations, others commiserations. She ignored them.

“You.” She grabbed the first Malian by the shoulder. “Are you the pilot?”

The woman lifted her goggles and tugged down her scarf.

“Well your pilot is a lunatic. Did you see the way he was flying? He could have gotten us all killed! I can’t believe that you-”

The woman turned away, leaving Emerson gaping at her audacity.

The engineer walked over to her companion, who was posing for a photographer. She took off his scarf, goggles, and flying hat. The crowd gasped, and Emerson along with them, at the sight of a shiny brass skull.

The engineer frowned, pulled a screwdriver from her pocket, and played with something on the back of the brass man’s head. Then she pulled the goggles, hat, and scarf back into place and left him with the stunned photographer.

The engineer walked back to a bewildered Emerson.

“Sorry for the crazy flying,” she said. “He had a screw loose.”

I confess, I wrote that whole story for the punchline, and I’d do it again in a heartbeat.