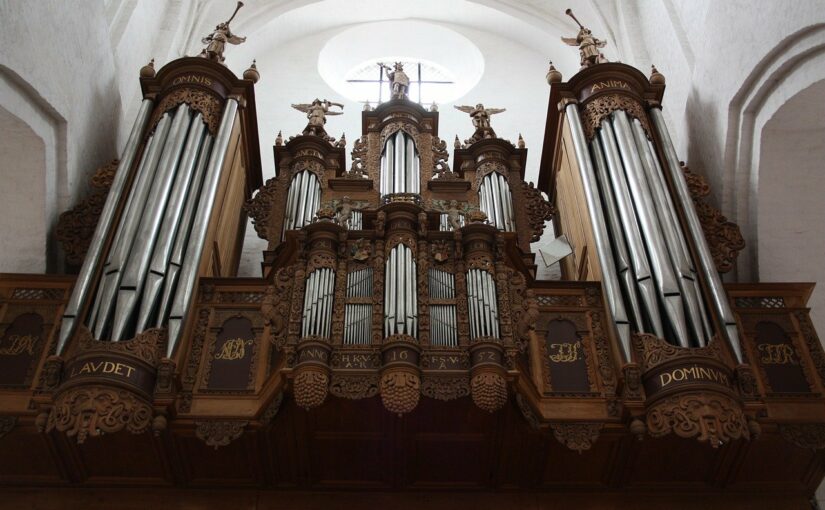 Tilda reached her seat just as the bright flames of the gas lamps turned down to a minute flicker. A moment later, a woman stepped out in front of the curtains, her angular face and elegant dress illuminated by the blaze of the footlights, and the crowd burst into applause for Dame Letitia Glave, the foremost composer of this or any generation. Tilda, swept up in the wave of enthusiasm, clapped so hard that her hands hurt, until Dame Letitia raised her own gloved hands and the crowd fell silent.

“A Most Extraordinary Night,” the handbill promoting the concert had said. It would turn out to be one of the great moments of truth in advertising.

“Tonight, I have a new piece for you.” Dame Letitia’s rich voice filled the concert hall, her words hooking every listener on the point of anticipation. Tilda, who had never been to such a grand recital before, grinned to herself in the darkness. “Not just a new piece, but a new instrument.”

The curtains flew back, revealing something like a gigantic church organ, but with strings as well as pipes, and with a row of drums and gongs along the front. The crowd gasped, then applauded, as crowds were prone to doing. Tilda squinted as she tried to work out what all the pieces were and how they fitted together.

“Now, for the very first time, my Symphony Number Nine, for Glave Organ.”

Dame Letiti took a bow, stepped back, and flung a lever on the device. There was a hiss of steam rushing through pipes, and then the noises began.

It was, the kinder reviewers would later say, a sound like no other. Even the kindest among them faltered after that point, leaving the way clear for those unblinkered by the great Dame’s reputation. “An appalling racket,” wrote Vandermeer of the City Times. “Dying dogs have made sweeter music,” wrote Brooks of the County Express. Atwood of the Daily Light was perhaps the most damning: “I would have torn my own ears off, if not for fear that this so-called music would reach my brain directly through the holes.”

Yet through it all, through the screeching of pipes, the wailing of strings, the flat clatter of percussion, Dame Letitia stood proudly by her machine, head tilted on one side, listening with apparent delight. Tilda watched in shame, then horror, then growing fascination, wondering how this could possibly end.

As the last discordant squeal faded away, Dame Letitia bowed, then looked out expectantly as the house lights rose.

As Letitia later wrote in her autobiography, even jeers and flung tomatoes would have been better than that awful silence, as the shocked audience rose from their seats and hurried away.

While the auditorium cleared around her, Tilda stayed in place, peering past the unseemly rush of bodies to the machine on the stage. The sound had been monstrous, like nothing she had ever heard, and yet it had stirred something inside her. It wasn’t pretty, it wasn’t heroic, but it was real. It was a pain like heartbreak and a pace like running to catch a lost friend. It compelled her.

Stage hands watched nervously from the wings, and the manager clutched at his cravat, trying to find the courage to speak to the humiliated star. But Tilda had no such qualms. Glory had been torn away, and now she saw only a heartbroken woman, standing trembling on a stage. Tilda walked down between the seats until she stood just behind the footlights and looked up at Dame Letitia.

Dame Letitia’s voice was a tiny, quivering thing, a small echo of her machine. “Yes, my dear?” she managed.

“Could you teach me to play this thing?”

It was the beginning of what critics would later call the most remarkable pairing in music, and while few of those critics meant remarkable as a compliment, Tilda chose to hear it that way.