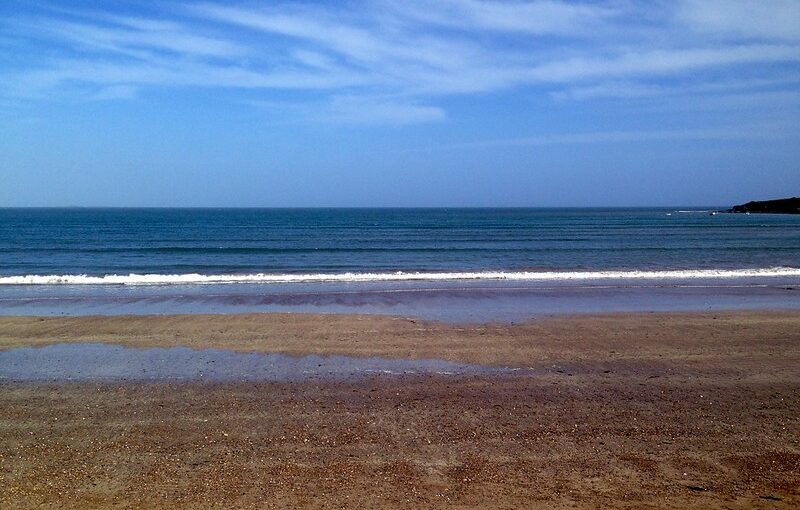 There was blood on the beach. Somehow, in spite of everything, Louis hadn’t expected that. He’d seen the soldiers here, thousands of them lining up to board the boats. He’d seen the heaps of equipment they left behind. He’d heard the bombs falling and the rattle of gunfire as planes flew across that teeming crowd of men. And yet somehow he hadn’t anticipated those dark stains, turning patches of sand into sinister, crusted lumps.

The salt smell of the sea was a familiar one around Dunkirk, but now it had a different edge.

There were no more boats. That he had expected, or rather feared. No way out. He walked across the sand, between piles of discarded equipment, some of it burned to stop the Germans using it. What was he hoping to find? An abandoned row boat? An uninflated dinghy? Enough wood to make a raft that could survive the crossing to England? Each idea was more absurd than the last. The gulls mocked him with their screeching laughter as they pecked at the remnants humans had left behind.

He looked back towards the shop fronts facing the harbour. More soldiers had appeared, ones in different uniforms. He had seen them in the newspaper and he knew what they represented. Reluctantly, he raised his hands and walked back up the beach.

One of the soldiers pointed a rifle at him and shouted in heavily accented French. “Stop! Stop or shooting!”

“I’m not going to make trouble,” Louis called out in German. So many sailors and travellers passed through town, he had picked up a smattering of a dozen languages and enough for conversation in three. “I own that café.”

He pointed to his building. He’d closed up shop days ago and shuttered the windows. By that point he’d sold or given almost all he could to the waiting soldiers. There had been no point continuing, especially not with bombs falling and planes strafing the promenade.

“How do I know you’re not lying?” the soldier said. Others were gathering around him, some watching Louis, others staring warily at the nearby buildings. “You could be a soldier in disguise, looking for a way out.”

“May I lower my hand? It will help me prove this to you.”

“One twitch of trouble and you’re a dead man.”

Slowly, Louis lowered his trembling right hand, slid it into his pocket, and pulled out his keys.

“May I?” he asked, gesturing toward his front door.

The German watched him with narrowed eyes, but stepped back to make the way clear.

Louis walked up to his café, turned the key in the lock, and opened the door. The whole way, those guns kept pointing at him, and it was all he could do not to freeze in fear. One slip of a finger and he was dead.

He let the Germans walk in first, three of them, pointing their guns at the counter, the tables, the hat stand, as if any of them might hide a British soldier. Louis was glad that he’d hidden the cash box already. He would give it up in an instant if they threatened him, and leave himself destitute in the process, but the dead had no use for money.

“Would you like coffee?” he asked, easing his way between. “I got my supply from a Brazilian sailor fresh off the Atlantic run. There’s only a little left, but it’s very good.”

One of the soldiers grinned and pulled out a chair, its legs scraping against the tiled floor. Sweat ran down Louis’s back, sticking his shirt to his spine. If these men looked around properly then he would be in a world of trouble, but he couldn’t just kick them out. He had to be cooperative, had to keep them happy, had to show that he was compliant.

“No time for coffee,” the oldest soldier said. “Not until the town’s secure.”

His comrades pulled faces, but they followed him out the door.

One of them turned in the entrance and smiled at Louis.

“Whenever you want,” Louis said, with the same forced smile he gave to poor tippers and people who broke his cups. “After all, I have new customers in town.”

The soldier laughed and left.

Louis waited until they were out of earshot, then closed and locked the door. He let out a deep sigh, then trudged up the stairs, walked into his bedroom, and opened the wardrobe door. A heap of blankets unfurled, revealing a man in uniform, bloodshot eyes wide with fear.

“No way out now,” Louis said. “We’ll need to find you a better hiding place.”

“So I’m stuck?” the man asked in English.

“Give me time,” Louis replied, remembering the Germans in his café, their own looks of exhaustion and excitement, distracted by something as simple as a cup of coffee. “We’ll find a way.”

As well as this story, I have two comics out this week about the Dunkirk evacuation –  Durand’s Dunkirk and Dodger’s Dunkirk. You can buy them electronically through Comixology, or get paper copies wherever Commando is stocked.