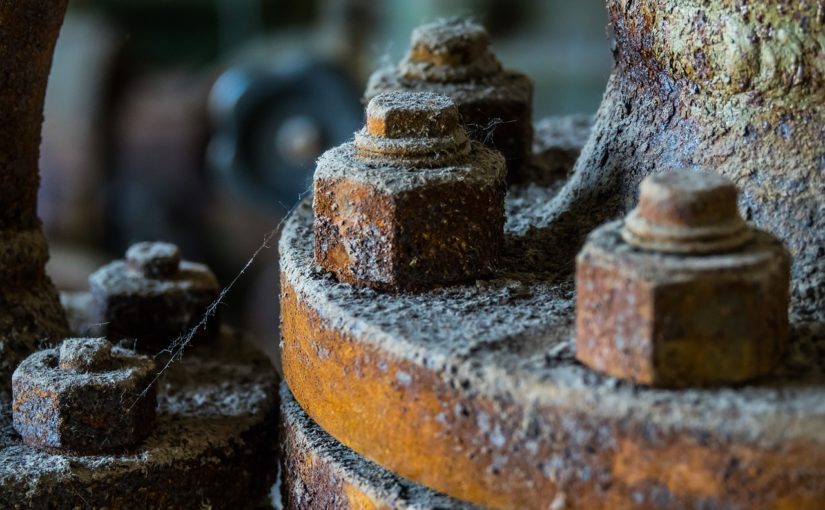 Garbage lay across the land, torn bin bags and abandoned appliances as far as the eye could see. A trove of wonders from the High Age, exposed by a storm that had blasted by two days ago, smashing buildings and ripping furrows through the earth. Toke had spent a frantic forty-eight hours digging through it all – mysterious motors full of puzzling parts, shining cloth that had survived barely stained, and tiny plastic sculptures of the old gods. His heart had skipped as he bounded across the heaps, pulling out tubes and wires, gears and circuit boards.

Now he collapsed onto a pile of black sacks, which expelled a musty and nauseating air. He’d found almost all the pieces he needed for his machine, but he was still missing a second condenser, and without it, the chemical processor would never be complete. This was how it always ended – succeed or fail, no machine lived up to his dreams.

“Hey Toke!” Froy appeared around a mound of white metal boxes. She stopped by the cart, fed the mule a wrinkled apple, and went to look at the processor. “Still not finished it, huh?”

“Do I look finished?” Toke kicked at a rusted can.

“I don’t know, but you’ll do this. You’re like the phoenix, always rising from the ashes.”

“It’s this thing I found in a book. I think it’s a bird they used to have, back in the High Age. When things go bad, it keeps coming back, see?”

“Unless you can find a condenser, this project’s never coming back.”

Froy pulled a curling length of tube from her bag.

“Might this help? I’ve seen it in old condenser diagrams. It could plug in here.”

She opened a valve on the side of the processor and pressed the pipe against it. Oil leaked out of the gap, thick and dark, with a sweet yet unsettling scent.

“Stop that!” Toke leapt to his feet, pushed Froy back, and slapped the valve shut. “Now I’m going to have to trade for machine oil again. Do you have any idea how much that costs?”

“Sorry.” Froy stepped back and hung her head. “Just trying to help.”

Toke closed his eyes, took a deep breath, and then opened them again.

“Then make the parts you’ve got do more.”

Toke’s voice trailed off. Did Froy have a point? If he stood the condenser on end then he could use some piping and a gravity feed to send the chemicals round again. It wasn’t as quick as two condensers, but it might just do the job.

They got the apparatus up on end, with its outlet pipes stood in a pair of old buckets, like dented steel feet. Rust flaked away from sections of metal to reveal the pockmarked plates beneath, while other parts shone in the sunlight, smooth surfaces lovingly burnished to a bright sheen.

“Give me that.” Toke snatched Froy’s length of pipe, unwound it, and opened up the side of the machine. He whistled as he worked, replumbing the interior to a new design. For a while he was lost in a world of moving parts, only to emerge half an hour later, oil-stained and grinning, and slam the hatch shut.

He practically bounced his way to the cart, retrieved a drum of sludge taken from a High Age factory, poured it into the processor’s inlet, and flipped a switch.

These were the moments Toke lived for. When fragments of ancient machinery stirred for the first time in centuries, combined by the careful instincts of the junker’s craft. When dead devices were reborn as something new.

The processor clunked and whirred as the drum inside it spun into action. The whole machine vibrated. There were glugs of chemicals streaming through the pipes.

At last, the first extracts emerged from the outlets, with the distinct and promising smell of oil.

Fire flashed in one bucket and then the other.

“No no no no no!” He grabbed a blanket from the cart and flapped at the flames. The blanket, already soaked with oil, caught fire, and he flung it away. Smoke was pouring from the processor. The whole thing was shaking as it lifted from its buckets on blasts of bright billowing flames.

Froy shot a hand out and switched off the machine. The thuds, glugs, and vibrations stopped. As the flow of chemicals died, so did the fires, and the processor settled back into its buckets with a thunk.

“Ruined.” Toke stared, open-mouthed, at the blackened remains of his work.

“I’m sorry,” Froy said, brushing soot from her sleeve. “Maybe this isn’t your phoenix. But your next project will take flight, I’m sure.”

“It’s that phoenix again. It flies out of the ashes, see?”

“Flies out of the ashes…”

Toke looked at the blackened tubes protruding from the chemical processor. It had lifted off while those fires were blazing, had almost taken flight like machines from the myths of the High Age. He had never dreamed of anything so grand, and yet…

He flung his arms around Froy.

“This is it!” he exclaimed. “No more moving from one piddling project to the next. If it takes my whole life, I’m taking us back to the heavens.”

He pointed at the sky, his face feverish with excitement.

“Are you OK?” Froy asked, her brow furrowing.

This story came out of a date.

That might seem like an odd start, given that it’s about two people rummaging around in refuse, but when you go on a date with someone who works in environmental academia, certain issues come up. You start thinking about the damage we do to the planet, how people in the future will cope with it all, and how anyone might recover from the mess we make.

That sort of conversation can be a downer, but I’m a great believer in human potential, in the fact that we can rebuild out of pretty much anything, given time and determination. And so came this story, in which two humans try to rise out of the refuse.