This Saturday I spent the afternoon at the Leeds Den Festival, building a castle out of cardboard in the rain. It was so much fun! Who needs acting like a grownup when you can get creative instead? 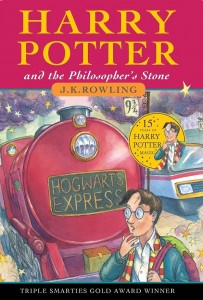 My nieces, the Princess (age 7) and Everready (age 5), have discovered Harry Potter. The Princess, in particular, is devouring the books at an incredible rate.

When I went round to babysit the other week they asked me what the word on my t-shirt meant. After I briefly explained the word ‘geek’, I was delighted to hear them both say that sounded like a good thing to be.

So much of what is best in our culture is about taking what you’re given and playfully reinventing it. Having thought some more about this, I came up with a list of eight art forms that I consider great, and to which this is really central:

What greater tribute could anyone make to a fictional character than to go to the effort of dressing up as them? Of course that effort varies from a brief wardrobe rummage to building a giant cardboard robot suit, but it all comes down to the same thing – remodelling an existing character in the form of you.

A good cover version can transform a song into something entirely new and unexpected. From Guns n Roses making Paul McCartney sound metal, through to Postmodern Jukebox making Pitbull songs bearable, it creates some amazing moments.

Some computer game modders dedicate themselves to creating new locations, characters and weapons for players. Others just want to make monsters look like Thomas the Tank Engine. Whatever the approach, it’s another layer of play in a medium that’s already all about playing.

Incredible craftsmen make the tiny sculptures that adorn toy battlefields and roleplay tables across the world, and they do so knowing that what they’ve made isn’t even the end product. There are whole competitions dedicated to the art of painting figures an inch tall, techniques and styles that have been developed just for this. The results can be breathtaking, if you take the time to look.

Yes, there are a lot of annoying, lazy remixes out there that just lay a dance beat underneath what was previously a passable song. But there is some amazing stuff too, like Girl Talk, whose music is made up entirely of samples, or the Heresy remix on Further Down the Spiral by Nine Inch Nails, a version that lifts a decent song into something pulse pounding.

Skilled writers like Naomi Novik have crafted entirely new stories from the inspiration they took from others – in the case of her Temeraire, combing Master and Commander with the dragons of Pern. And it’s something people enjoy for its own sake – imagining existing characters into different situations, and sharing them with like minded readers.

When I was a kid, a friend of my parents had a model train set in his loft. He had taken the components others had made for him, from the trains and tracks to the houses, plastic people and components for trees, and built an entire landscape. That stuff is amazing.

The LRP of the TV Show

Live roleplay (LRP) games, where people take on the role of invented characters, often take ideas from other stories, but some are entirely dedicated to them. From Warhammer 40K to Joss Whedon’s Firefly, there are people running around the woods living those universes for a weekend. What could be more exciting than being a Browncoat for a day?

What else is there? What have I missed? And which of these do you enjoy? Share your thoughts – that’s what the comments are for.

I don’t get huge numbers of reviews, so I sometimes get over-excited when I receive one, especially one as glowingly positive as this recent review by Writerbee of By Sword, Stave or Stylus. To quote the start of the review, ‘These fantasy genre stories take wordsmithing and storytelling to great heights.’ I really can’t complain about a review like that!

By Sword, Stave or Stylus is available as ebook via Amazon.

A good fight scene isn’t just an action star beating on some goons. It shows who the characters are and progresses the story. It has a unique style, a gruesome ballet of extraordinary human movement.

Netflix’s Daredevil had a lot of action. But my favourite part came in episode two:

Two things I love about this scene:

It’s stylistically unusual, the movement on and off screen creating a novel perspective and engaging the viewer’s imagination in working out what’s happening out of shot.

It shows the protagonist’s character, and that the violence is affecting him. He’s so exhausted he keeps having to stop and rest against the wall, but nothing’s going to stop him reaching his goal.

Snowpiercer uses fights not as interruptions to the characters’ dilemmas and journey, but as part of that journey. By continuing its left/right breakdown of shots, and using this to show characters making decisions as well as making progress, it connects the action in to a cohesive and powerful narrative.

The Raid and The Raid 2 feature some of the most breathtaking fight scenes in modern cinema. Sure, their plots are primarily vehicles for those fight scenes, but from the floor-by-floor carnage of the first film to the punch-up in the confines of a car late in the sequel, and right through to its brutal climax, they keep showing something new.

Agree, disagree, can’t see the point in on screen violence? Share our thoughts, and great examples I’ve missed, in the comments below. 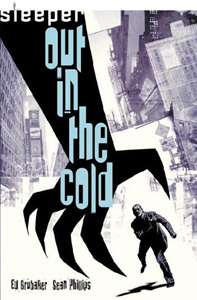 I watch a lot of YouTube videos, both to relax and to provide writing inspiration. One of my current favourite channels is PBS Space Time, where astrophysicist host Gabe Perez-Giz explores some often crazy questions about space. I love the combination of bizarre topics with real science, which is very fertile ground for science fiction ideas. Here are two of my recent favourites – ‘Could you fart your way to the Moon?’ and ‘Could NASA start the zombie apocalypse?’

One day, maybe we can all fart our way to the moon.

Some people – both fans and critics – still seem to want to stick fantasy in a special cultural corner. But lets face it, when one of the most popular works in the genre is getting regicide jokes onto Sesame Street, that genre isn’t the wimpy kid in the corner any more.

And as if to prove that Game of Thrones can be combined with just about anything, here are two very different parodies I stumbled across within minutes of each other. Enjoy!

The first in my series of Epiphany Club novellas, Guns and Guano, will be up on Amazon by the end of March. A tale of action, adventure and ingenuity, it’s the start of a series of five novellas featuring adventurer Dirk Dynamo and aristocratic inventor Sir Timothy Blaze-Simms, heroes of some of my previous short stories. I’m really excited and proud to be putting this out there.

You can read a couple of Dirk and Blaze-Simms’s earlier adventures in my steampunk collection Riding the Mainspring, available free to anyone signing up to my mailing list. And keep an eye on this blog for more news of the new release.

Very excited I tell you!