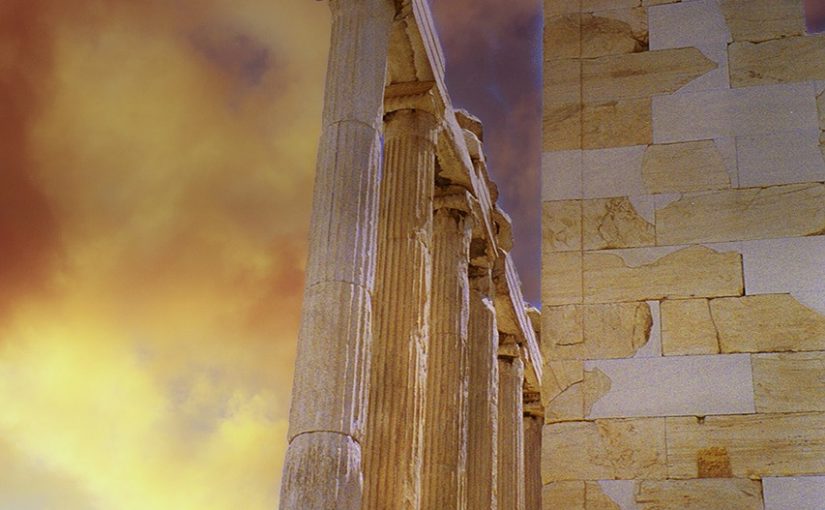 People were swarming around the steps of the Curia Hostilia. Not the patricians usually seen here for senate meetings but a mixed mob, men and woman with swords and clubs on their belts, some glaring with hostility out across the streets of Rome, others bringing in heaps of firewood and jars of oil. I recognised a few of the faces, people I had seen in Clodius’ entourage as he travelled around the city, but many more were unknown to me. I had tried to keep my distance from the mob he used to wield his will, and now that I was forced into proximity with them I found myself an outsider.

I pushed my way up the steps, leaving my servants to deal with the trail of indignation, and hurried into the Curia. There stood the shrine of Vulcan, the viewing gallery, the statues of gods and paintings of battles.

And there lay Clodius, master of half the Roman mob, pale, cold, and empty eyed, laid out on the marble altar.

Fulvia stood by her husband’s corpse and watched as firewood was heaped up around him. Her eyes were red, her makeup smeared, her lips pressed together as she suppressed her fury.

“I’m so sorry,” I said, taking hold of her hand. My own grief welled up inside me – grief for a lost friend and for lost opportunities. “If I had been there I would have-”

The heap of wood was growing higher around Clodius. Other piles were being made around the hall. I could smell the lamp oil that had been poured over them.

I took a step back.

“You… you can’t be serious. You would burn down the heart of our government?”

Fulvia glared at me.

“They emboldened Milo, and now his party have killed Clodius. You think a government like that deserves to stand?”

A servant appeared with a burning brand in his hand.

“This place is more than just government.” I waved a hand towards the statues and paintings, then pointed at the altar on which Clodius lay. “This is our heritage.”

Fulvia reached for the brand but I snatched it away.

“Give me that,” she snarled.

“I won’t let you destroy all this in a fit of fury” I said.

“So instead we sit aside and let them win? Let his memory fade with the bloodstains on their hands?”

“If the alternative is casting aside our history, then yes!”

“What use is history if it holds us back? If it makes us weaker?”

I frowned. She wasn’t right, was she? Looking around the building, at centuries of tributes to gods and men, I couldn’t believe that it was right to cast them away.

“There will be other statues,” Fulvia said. “Other paintings. Other buildings.”

“And there will not be another man like him. We should remember that.”

I looked at the corpse laid out upon the pail marble, his tunic stained with crusted blood and fresh lamp oil. My ally. My friend. Killed because he opposed men who had sat with me here, deciding the fate of our city. They revelled in their power even as they held back the will of the people, and now it had come to this.

Fulvia was right. Better to let it burn.

I flung the torch on the pyre. The oil ignited and flames shot through the heaps of wood.

“We should go,” I said as fire flared around the hall.

Fulvia took my arm and together we walked out into the dusk.

Behind us, the senate burned.

Crazy as it sounds, the Curia Hostilia, home to the Roman senate, really was burned down as a funeral pyre in 52 BC. Clodius, one of many Roman politicians who was as much gang leader as he was statesman, had been killed in a conflict with his opponent Milo. Clodius’ faction decided to make a point by going big on the funeral.