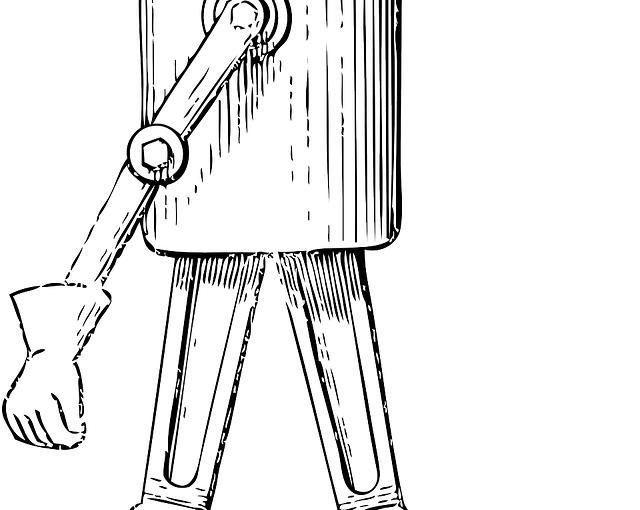 Frank walked down the factory hall, through the clatter of the cotton gins, the whir of the spinning machines, the clack and hiss of the looms. Sweat ran down his neck, under the starched collar he’d put on specially for the meeting. It streamed from the brows of the human labourers, but not the automata. They worked without sweat, without variation, without hesitation, until their fires needed to be stoked.

He saw more and  more of the automata in the factories he visited. They were expensive to obtain, but once in place, they worked tirelessly and without complaint. Lots of employers thought they were the future. Frank feared that those employers might be right.

He walked into Mr Stewart’s office, with its mahogany desk and the painting of a woodland scene on the wall.

“What do you want, McGuigan?” Stewart growled around his cigar.

“Good morning to you, too, sir,” Frank said, with practised civility.

“I have to meet with union leaders, I don’t have to make small talk with them. Get to the point.”

Frank laid a pile of medical reports on Stewart’s desk. They made for unpleasant reading, a catalogue of lost fingers, crushed toes, and worse.

“Your workers need protective boots and gloves, Mr Stewart. It’s your responsibility to provide them.”

“My workers did fine without protection for years. I’m not bearing an extra expensive because they got sloppy.”

“It’s your new engines. Everything’s working harder and faster. That means more profit for you, but more risk for my members.”

“Your members.” Stewart snorted. “I’ve got plenty of workers that don’t need  to be coddled, McGuigan.”

Stewart rang a bell that hung on the wall behind him. An automata strode in, piston legs and arms hissing, and stopped next to Frank. He could feel the heat radiating from its belly boiler.

“Show us your hands,” Stewart said.

The automaton’s arms hissed as they stretched out. Its fingers were scratched and nicked.

“Same accidents,” Stewart said, “but no need for gloves. You want to look at his feet too?”

“Of course this thing doesn’t need protection, it’s a machine. But my people—”

“Your people are workers in my factory, same as this brass man. If some of them can take the working conditions but others can’t, I don’t have to pander to the weak ones, but I do have to treat everyone the same.”

“Everyone treated the same. It’s in your rules.” Stewart pulled his copy of the union agreement out of a desk drawer. It was surprisingly well-thumbed. “I checked.”

“So you’re going to wait until fingers start snapping off these things before you make a change?”

Frank pointed at the automaton’s hands. Worn as they were, they were a long way off breaking. The automaton let out a little hiss, and if it had been a person, Frank would have said it sounded mournful.

“If your people don’t like their working conditions, I can always replace them with more like him.” Stewart nodded at the automaton.

“You can’t sack people without cause.”

“Ah, but if they leave, when conditions are fine for other workers, then I can replace them however I want.” Stewart leaned back, grinning. “You try bringing a union into my factory when everyone here’s coal fired.”

“I’ll find a way to beat this.” Frank snatched up the medical reports. “You see if I don’t.”

“There is no way.” Stewart tapped the union agreement. “I believe that we’re done.” He waved dismissively at the automaton. “Get back to work.”

Shoulders slumped, Frank followed the hissing machine onto the factory floor. It went to its place by a cotton loom and stood for a long moment, hand raised a foot from its face.

An overseer prodded the automaton. “You get back to work.”

The automaton clacked, like gears were missing each other inside its head. The other automata looked up at the sound. They all stopped and raised their hands.

“I said get back to work,” the overseer growled.

For the first time since he set foot in the factory, Frank smiled.

Stewart stormed out of his office and stood glaring at the machines, hands planted on  his hips. “What the hell is this?”

“I think your workers want protective gloves,” Frank said. “Maybe boots too. They’ve noticed that they’re getting damaged, and they’re probably worried about what’ll happen when they’re too battered to work.”

“And buying them gloves will cost a lot less than buying new machines, though of course you’ll have to buy them for my union members too. Got to treat all the workers the same, remember?”

“You did this!” Stewart glared at him. “You’ve found a way to sabotage my automata.”

“Like I’d know how.” Frank laughed. “Let me know when you’ve bought those gloves and boots. You don’t want to break our agreement.” He strolled away down the factory hall. As he passed the automata from the office, he raised a fist in salute. “See you again soon, comrade.”

The automaton hissed. Though his face couldn’t move, for a moment he almost seemed to wink.