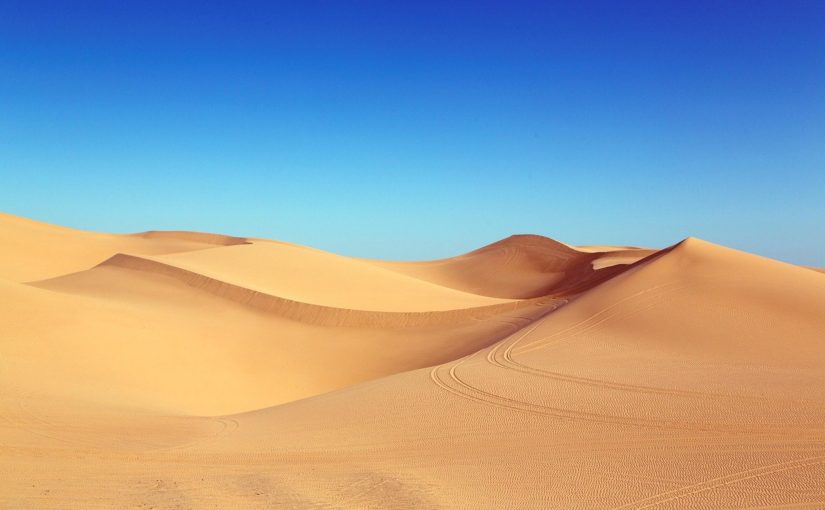 Ernst Schmatlock cursed as his plane swept down towards the Egyptian desert. The Luftwaffe had been sure this area was still in Axis hands, that the squadron would make it safely back. But here he was, out of fuel behind Allied lines.

He wrenched at the yoke, pulling up the nose of the plane moments before it hit the ground. Wheels tore through the sand, the Stuka tipped, and for a terrible moment he thought that the whole thing would flip over, trapping him. But then the tail sank back, there was a jolt, and the plane came to rest against a sand dune.

Schmatlock grabbed what supplies he had – a few biscuits, a half-empty canteen of water, his service pistol. He hadn’t been prepared for this. Next time he would do better.

If he lived through this time.

Before he climbed out, he took one last small bundle from the back of the plane. That package of pencils and paper was his lifeline, a connection to the artist he had been before the war. Food and water would keep him alive, but drawing would keep him sane.

Schmatlock had no idea where the nearest people were, or any source of water. All he knew was that friendly troops lay somewhere to the west, and so that was the way he walked.

Sand sucked at his boots, making every step a strain. By nightfall he was exhausted, his food and water used up. As the blazing heat of the day gave way to the bitter chill of a cloudless night, he took a few minutes to draw the desert, to tame it with his art. Then he fell into a deep and dreamless sleep.

When he woke, the sun was well up and he could feel his face starting to burn. He took off his jacket, draped it over his head, and followed his shadow west.

By the middle of the day, his strength was fading. The dry heat sucked the water straight out of his body, leaving him with a parched throat and a spinning head. When he stopped to rest, he drew wine bottles and waterfalls, but they only threw his thirst into starker relief.

Somewhere along the line, he started losing things. A pair of binoculars. The empty water bottle. Even his pistol, abandoned during a delirious, desperate attempt to lighten his load. But he clung tight to the pencils and paper. Those he needed. Those were part of him.

He was on the verge of giving up when he saw movement between the dunes ahead. He staggered up a slope and looked down at a town below.

At last, somewhere he could find water! A chance to survive and to make it home.

A truck was driving into the town, a long dust cloud snaking out behind it. A British truck, driven by British soldiers.

Schmatlock cursed his luck. If the British spotted him in that town, he would be sent straight to a prison camp. But he was so thirsty, so exhausted, what choice did he have?

A sound made him look back. A camel was approaching with a man on its back, laden with saddle bags. The man looked like a local.

Better to risk exposing himself now than to face the British unprepared. Schmatlock waved and called out a greeting.

The camel rider approached. He looked down and said something Schmatlock couldn’t understand.

Perhaps the rider understood, or perhaps he just saw Schmatlock’s desperate state. Regardless, he threw him a water skin and Schmatlock gulped the contents gratefully down. His guts gurgled at the sudden change, but he felt some sense returning, his mind emerging from the fog of dehydration.

He handed the water skin back, then tugged at the edge of the rider’s robes.

“I need these,” Schmatlock said.

The rider drew his leg back and frowned.

“Please.” Schmatlock pointed at the robes, then at himself. “Please, I need different clothes.”

Again, the rider said something, then he laughed. He pointed at Schmatlock, then over the ridge, and finally plucked at the hem of his robes.

“Yes, exactly!” Schmatlock said. “I can’t go there looking like this. Will you help?”

The man rubbed his thumb and forefingers together.

“You want paying.” Schmatlock sighed. “Of course. But I don’t have any money.”

He opened each of his pockets, turning them inside out or holding them open for the rider to see. The only thing that came out was the bundle of papers and pencils.

The rider frowned, shrugged, then pulled a worn robe and a headscarf from his saddle bags. He held up the clothes, then pointed at Schmatlock’s papers and pencils.

“You want these?” Schmatlock stared at the proffered bundle of cloth, then at his precious art supplies, the one thing he had clung to all this way.

The rider said something, then made as if to put the robes back in the bag.

“No, wait!” Reluctantly, Schmatlock held out his art supplies. True, he could sneak on past the town now he had had a drink. But what were the odds of finding somewhere else out here?

Better to go a little crazy staying alive than to let the desert take him.

He took a single sheet from the bundle – his sketch of the desert at night, a reminder of what he had been through. Then he handed the rest to the rider and took the robes in return.

The man said something and his camel started walking, heading over the dunes and away. Schmatlock pulled the robes on over his uniform, hiding him from the sun and from scrutiny. As he stepped over the ridge and down towards the town, his fingers tightened around his one remaining piece of paper.

He hadn’t given his art up for nothing. He would find a way home.

This story is a prequel of sorts to my latest Commando comic, “Stealing Stukas”. If you want to find out what happens to Schmatlock next, you can find that comic in newsagents or on Comixology.

And if you’d like more flash fiction then you can sign up to my mailing list, where you’ll get a free ebook of steampunk short stories and a flash story straight to your inbox every Friday.