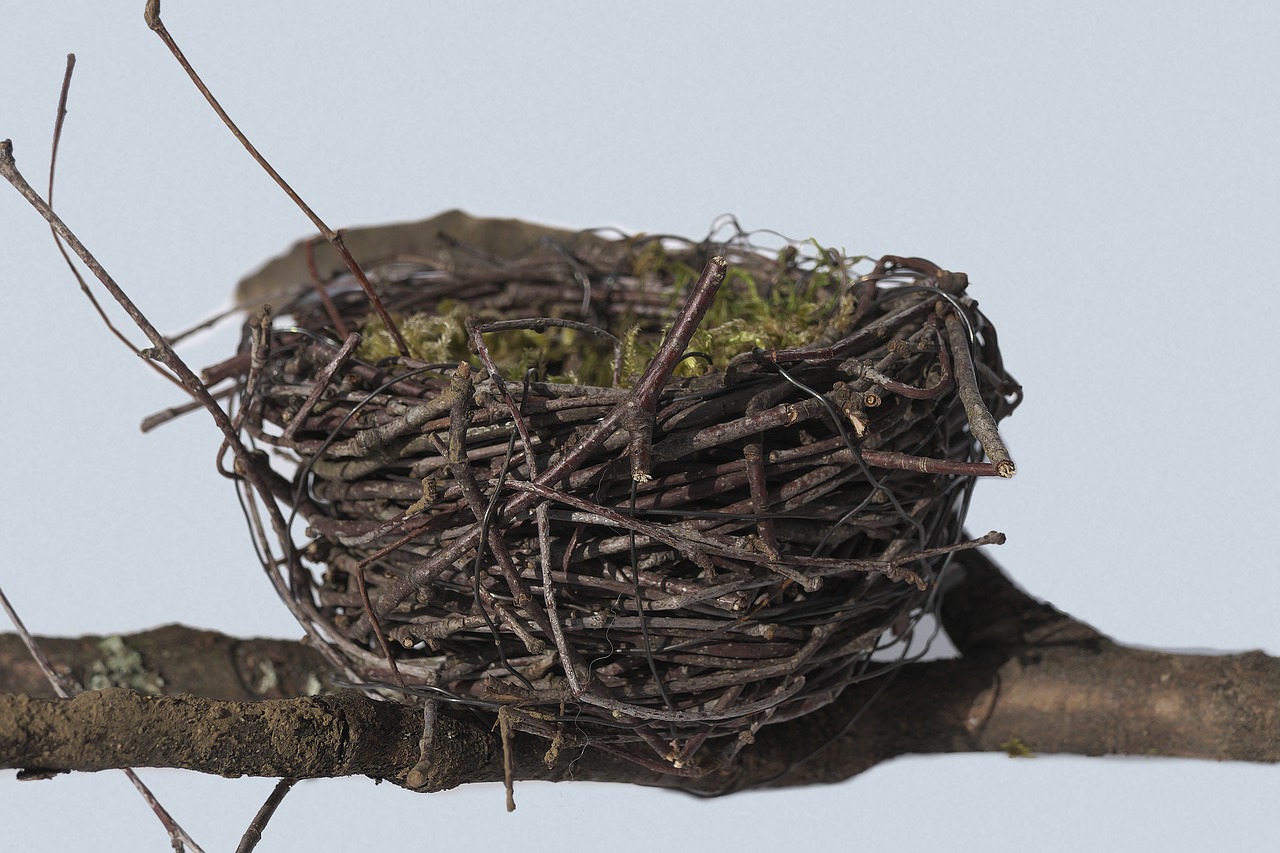 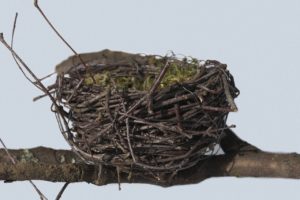 Tarvel spat a gobbet of chewed up moss into his hand, spread it across the interwoven branches, and then reached for a fresh piece. This part of the nest would be Rena’s room and he wanted it to be good and solid. Live branches, carefully interwoven, would create an interior soft and fragrant with growing leaves. The chewed up moss would harden and bind it together. A place of comfort as well as safety.

He hummed to himself as he worked, weaving together those living branches as well as dead twigs and freshly harvested foliage. The balance of parts was important in building the perfect nest.

Badok landed beside Tarvel and folded her wings in behind her shoulder blades.

“It’s looking good,” she said. “But do you need this many rooms?”

“This one’s for Rena,” Tarvel explained. “Only the best for her.”

“Mm-hm.” Badok’s face crumpled. Then she untied a sack from her belt and handed it to Tarvel. “Feathers from my family’s moulting. I thought they might make good lining.”

“Are you sure?” Tarvel looked at the sack. “That’s too generous.”

“Anything for a friend.”

Tarvel hugged her, then opened the sack and looked at the feathers. These would insulate the nest ready for winter. Rena hated the winter.

“There’s something I wanted to talk about,” Badok said, pulling Tarvel to sit down beside her. The bark here was smooth and comfortable, one of the reasons Tarvel was making it his home. “About Rena. You do remember that she’s gone, don’t you?”

“Of course,” Tarvel snapped. “She’s apprenticing for the season under Silolu.”

“And marrying him,” Badok said. “She’s not coming back to your nest, Tarvel.”

“She would have invited me.”

“They tried, but you kept throwing away their carved barks.”

“No!” Tarvel leapt off the branch, wings spreading behind him. He swooped around and landed back in the nest, back where he had been working.

“This is her home,” he said loudly. “Why wouldn’t she want to come back?”

“Because of this,” Badok said. “Your daughter loves you, but when you’re together you two argue all the time. Is that really what you want?”

Tarvel squeezed a lump of moss. Juices ran between his fingers and green fragments fell to the floor.

At last, he let out a breath and sank to his knees.

“She could just live here some of the time,” he said. “I’ve built it for her. Surely that counts for something?”

“Was it really for her, or was it for you?” Badok asked.

Tarvel turned to glare at her.

Tarvel crouched, his whole body tense, like a hunter about to strike. The last time he had wanted to hit Badok they had been younglings fighting over woven toys. Then she had fought back. Now she sat still, looking at him with sadness in her eyes.

The tension inside Tarvel unravelled.

“I want to build Rena a nest.” Tarvel’s tears dripped onto the interwoven leaves.

“She doesn’t want a nest with you. She wants one with Silolu.”

Tarvel sighed. He didn’t know the words to mend what he had broken, but perhaps there was another way. He closed the sack of feathers and fastened it to his belt, alongside a bag of moss. Then he flexed his wings ready to fly.

“If I can’t build a nest for us, then I can build one for them,” he said. “She can be safe and comfortable even if she isn’t with me.”

Badok stood and spread her wings. She smiled.

“You already have,” Tarvel replied.

He leapt from the branch, letting the wind catch beneath his wings and lift him up. Badok followed, swift and sure. Together, they left the half-finished nest behind.

There’s an exhibition about nests and nest building at Leeds Art Gallery. It’s the work of a son working with his father and his father’s passions. Sometimes inspiration is easy to find.