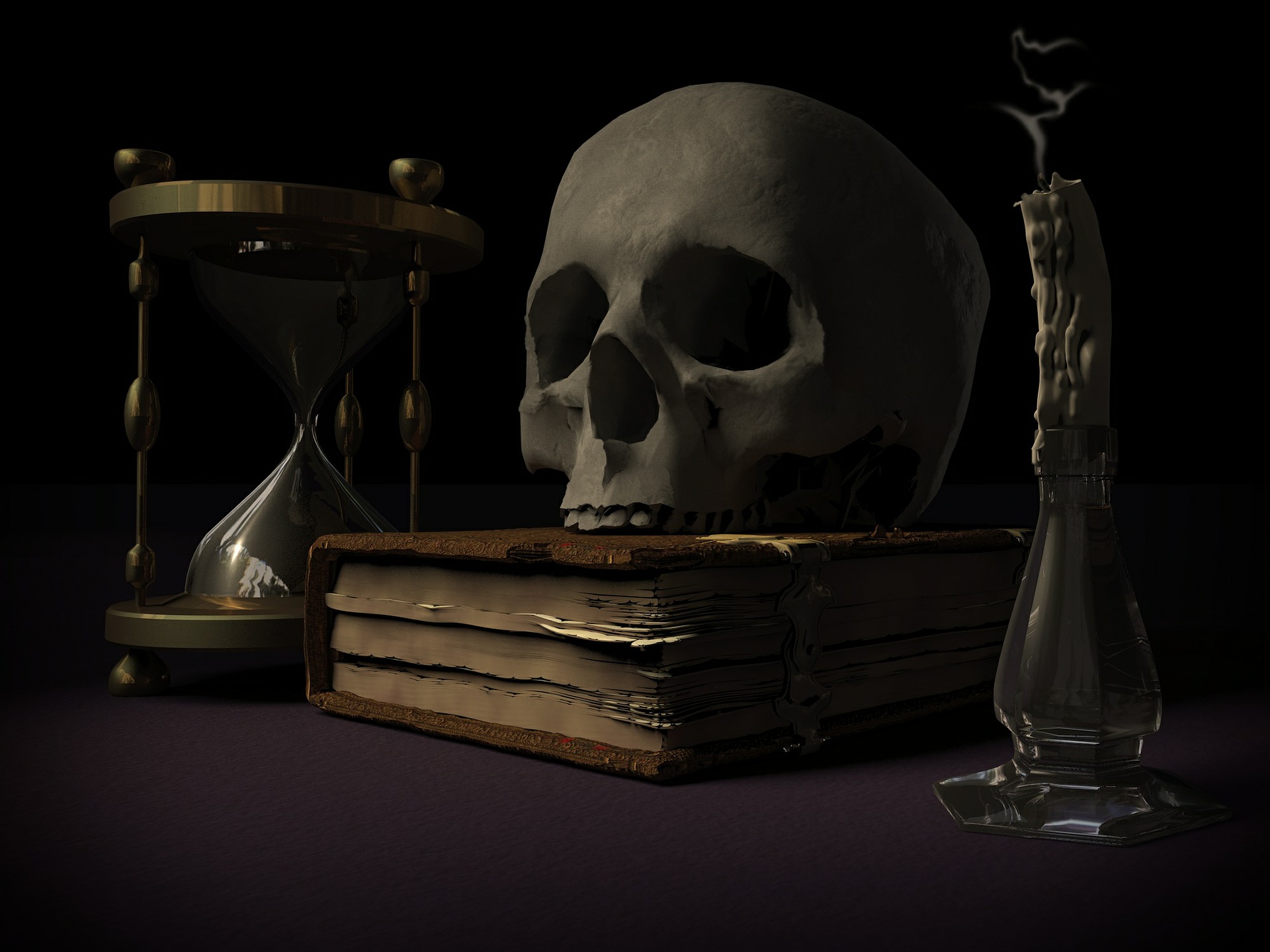 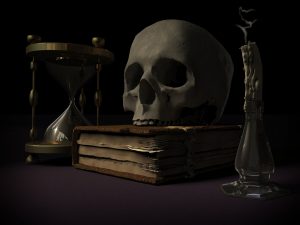 A bitter wind swept in through the windows of the wizard Safimir’s tower. I shivered as it snatched at my robes and those of my fellow servants, all lined up in the great hall.

“Someone has stolen a Tome of Fire.” Spittle flew from Safimir’s lips, speckling his scraggly beard. “When I catch that person, I will destroy them and anyone hiding them.” He flicked his wand. One of the scullery maids turned into a toad. “If you see something and don’t tell me, you get the same.”

He kicked the toad out of the window. Every one of us cringed, I more than most.

Six hours of cleaning cauldrons later, I was back in the room I shared with Boris, one of the cooks. I closed the door, listened in case anyone was approaching, and then reached into the hollow of my straw mattress.

Out came the Tome of Fire, its cover bound by an iron clasp. Out too came my lock picks. It had taken me months just to get hold of this book. I had to make sure it was the right one before I left.

I set the picks into the lock and began carefully working at the mechanism. To my surprise, there was very little resistance. Heat touched my fingers.

I pulled out the picks and cursed at the sight of their melted ends. Drops of molten iron fell and congealed on the cold flagstones. Distracted, I only just noticed the footsteps in time to thrust the book back into hiding.

Boris barged in, rubbing sweat from his gleaming bald head.

“That’s weird,” he said, bending to peer at the droplets of cooling iron.

“I was helping forge new wand tips,” I said. “Must have got some on my clothes.”

Before he could look closer, I picked up the warm blobs of metal and flung them out the window.

“Whatever you say,” Boris said, looking at me quizzically. “I just want to sleep.”

The next day, I got back before Boris again. This time, I brought a narrow-pointed knife I’d taken from the kitchen. Sitting on the edge of my bed, I forced the blade’s tip between the clasp and the cover of the Tome, trying to pry the lock off. But however hard I pushed, I could get no leverage.

With a sigh, I set the knife down on one knee and the book on the other. Sooner or late, someone would work out what I had done. I needed to get this blasted thing open before then.

I sprang to my feet, book in hand. The knife fell to the floor. I shoved the Tome back into its hiding place and kicked the knife under my bed just before the door opened.

“It’s so stressful out there,” Boris said, flinging himself down onto his straw mattress. “Safimir turned one of his librarians into a newt then scraped his eyeballs into a potion, because he blames him for not guarding that book better. Someone had better find it soon or we’ll all end up as entrails.”

“I’ll keep my eyes open,” I said, forcing a smile.

Boris’s gaze shifted from me to the floor.

He got up, reached under my bed, and pulled out the knife. I silently cursed myself for not hiding it better. What would it feel like to briefly be a newt?

“I’ve been looking for this all day,” Boris said. “Wonder how it got here?”

“Remember that time you came back with two ladles through your belt?” I asked.

“Guess I’ve done it again,” he said. But as he lay back on his bed he gave me a puzzled look.

Tallow dribbled down my fingers, reddening my skin as I turned the candle. However long I held the flame to the Tome’s bindings, nothing happened. Not a single soot stain, never mind burning through the threads and breaking the book open.

As I set there amid the rancid smell of cheap candles, I couldn’t help imagining the fate that awaited me. Turned into a mouse and tossed to Safimir’s cats, or left fingerless by my other employers for not getting the job done. Unless I got this thing open, there was no good way out.

The door burst open. Boris stepped in. He stared at me, wide-eyed, then turned and ran off down the corridor.
I wanted to run after him, but what was the point? Even while I begged my case, other servants would be listening. If I tried to run from the tower then the guards would stop me. There was no escape.

I stared at the book, hating its every page.

Boris reappeared. Instead of leading guards, he was holding a jug of water. He closed the door firmly behind him.

He grabbed the tome and poured water across the spine. Red leather shrank and split. The book burst open, revealing the pages I had sought.

“Fire magic hates water,” he said through a cloud of steam. “Haven’t you learned anything from working for a wizard?”

“Tomorrow, you can escape,” Boris said. “Go out on an errand never to return. I’ll find the empty book bindings you leave behind. I get rewarded for finding the thief and everybody’s safe.”

“You’ve seen how Safimir acts.” Boris shook his head. “Would you ever hand him a win?”

I sank back onto my bed, almost sobbing with relief.

If you enjoyed this story, then you might want to sign up for my mailing list. You’ll get a flash story to your inbox every Friday, as well as news about my book and comic releases. Or you might want to try out my collection of short fantasy stories, By Sword, Stave or Stylus, for more stories of magic and dubious deeds.