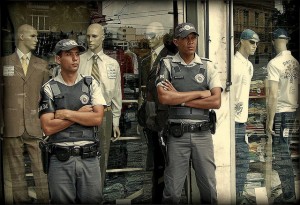 The Alt-Face mask was tight against Casey’s skin. It still worked perfectly after years of use, months with these features, so long that she seldom noticed the pressure of the wires on her skin. The face she saw in the mirror almost felt like it could be her own.

As far as the Foreign Minister knew it was her face, just as her name was Janice Long and she’d spent her life working as a personal assistant. He’d started to trust Janice, to let things slip. A few more days and she would have the details of the treaty negotiations. A few more days and she could move on to whatever life the agency sent her to next.

She trailed along behind the minister and his cloud of bodyguards, carrying his computer and the suitcase with his notes for the President. He laughed and pointed as they passed a cheap Alt-Face store, the dummies in its windows shifting to show the latest trends. One showed a face like member of a girl band, just different enough to avoid copyright infringement. The next a licensed imitation of a b-list actress. Next to that was a dummy showing a range of custom-designed faces. Faces which morphed, to Casey’s horror, into her own.

The minister pointed and laughed again, turning back towards her. His bodyguards turned too, but they looked less amused. Hands reached for under-arm holsters as they glared suspiciously at Casey.

There was no time to think, but then there was no decision to make. If they checked then they would realise that this wasn’t her own face, and then the questions would come.

Barging her way through crowds of shoppers, she heard some shouting indignantly at her, others yelling in alarm as armed men followed behind.

She ducked into a network of back alleys, silently cursing the rip-off merchants who’d imitated what was supposed to be a copyrighted face.

By now she was out of sight of the bodyguards, though she could still hear sounds of pursuit. Emerging into an open air market she grabbed a coat off a stall and flung her wallet at the man behind it.

“Keep the change,” she called out, still running as she pulled the coat on.

Letting down her hair, she ducked and weaved between the stalls, looking around for any that sold Alt-Faces, or even the tiny drives programmed with different features. But this neighbourhood was too cheap.

Up ahead, she saw cops approaching between the shoppers, comparing the screens of their phones with every face they passed. It didn’t take a secret agent to work out who they were looking for.

The cops were closing in, and she could hear yells of indignation as the bodyguards shoved through the crowds behind her. Stepping into the narrow space between two stalls, she pressed her hand to her face, felt the wires beneath the thin layer of flesh.

In desperation, she tore it off and kicked it under one of the stalls, then scrabbled at the skin around the sides of her face, trying to remove any traces of its presence.

“Excuse me, ma’am.” The policeman tapped her on the shoulder.

“Yes, officer?” Casey turned towards him.

The man looked down at his screen, then back up at her. She froze as he reached out a hand.

“Sorry about this.” He touched her face, then nodded, apparently satisfied. “Just checking for Alt-Faces. We’re after a criminal who was using one.”

He turned away and carried on between the stalls, leaving Casey standing alone, trembling at her close call, and at a sensation she hadn’t felt in years. As she set off once more through the streets, the ministerial computer and its secrets still in hand, the wind brushed her own bare face.

This story was inspired by a comment by Jon Taylor when I wrote about self-plagiarism. As always, if you liked the story then please share it with others. You can read more of my science fiction in my collection Lies We Will Tell Ourselves, and more flash fiction free here on my site.

I’ve been a little erratic about blogging lately due to the time consuming stresses of moving house. That’s likely to continue for another week or so, as we finish packing , move, and finally unpack. Thank you to my regular readers for your patience. Once I’ve moved I’ll get back to the half-completed task of moving and redesigning the site, as well as hopefully some more writing.

In the meantime, have a great weekend, and happy reading!