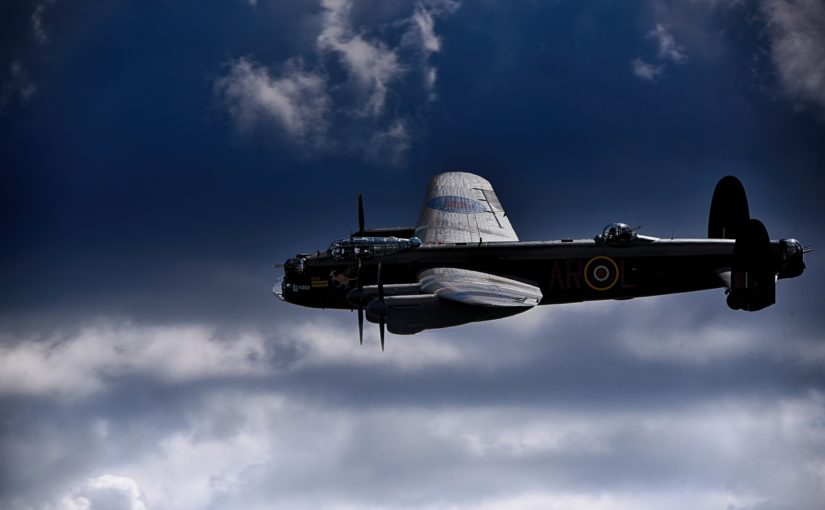 The wind roared past the Lancaster bomber as it limped across the North Sea. At the controls, Flight Lieutenant John Lyall tried to focus on that one sound, to ignore the creaking of the plane, the whistle of air through bullet holes, the crackle of flames, and the groans of Arthur Corby, the bomb aimer, emerging through his headset.

Even through the smoke and the leaking fuel, he thought he could smell blood. Whether it was Corby’s or one of the others, their voices all silent, he didn’t know. The back of the plane must be a ghastly mess if he could smell it from here.

“You’re a lousy liar, Johnny,” Corby said, his voice shaking. “If this bucket makes it home it’ll be a miracle.”

“She’s never let us down before.”

“She’s never been shot up this bad before.”

“Let me worry about that. I’ll soon have you all home.”

Who “you all” meant was a painful thought. He hadn’t heard a word from any of the others since they’d left Cologne with a belly full of ack-ack. The crew could all still be alive, unconscious or trapped at their stations and unable to communicate.

“Get out while you can, Johnny,” Corby croaked. “One of us should live.”

“I’m not abandoning you.”

“We’re bleeding fuel and half the left wing’s on fire.”

“Could you parachute out?”

“Not without leaving my guts behind.”

“Then neither can I.”

Corby groaned and then went silent.

Lyall could feel his pulse pounding. He wiped one sweaty palm on his flying suit and then the other, determined to keep the best grip he could on the yoke, to make sure they got back in one piece.

“You still back there, Art, old chap?” Lyall called out.

“Nnnng.” The noise was one of pure pain, followed a moment later by weak, trembling words. “We’ll never make the airfield.”

“I’ll take us down on a farm as soon as we cross the coast.”

“Then I’ll land us in the drink and we can wait for the rescue boys. The plotters back at base will see where we go down.”

“You think the old girl won’t… won’t tear to pieces when you touch the waves?”

“Then I’ll fish you out of those bloody pieces! I’m not losing you all.”

Again, there was just the sound of the wind, the broken plane, and the slowly spreading flames.

Through the cracked window, Lyall saw cliffs in the distance. But the Lancaster was losing altitude despite everything he did, the sea rising in a fretful tide to meet them.

He thought he heard a gasp.

No response. Even the smell of blood was blotted out by the smoke swirling into the cabin.

“Dammit, Art,” Lyall said, tears running down his cheeks. “Couldn’t just one of you make it through?”

Reluctantly, he let go of the yoke and rose from his seat. He secured the straps on his parachute and made his way quickly back down the plane. The deck tilted beneath him.

He pushed himself on past the body of Arthur Corby, his face pale and his belly bloody, his eyes staring vacantly at the ceiling.

Lyall opened the hatch to the howling wind, took a deep breath, and stepped out into the void. For a moment, gravity grabbed him mercilessly and pulled him down. Then his parachute opened, the straps yanked at his shoulders, and he found himself floating on the breeze.

Trailing smoke and flames, the Lancaster plunged into the sea.