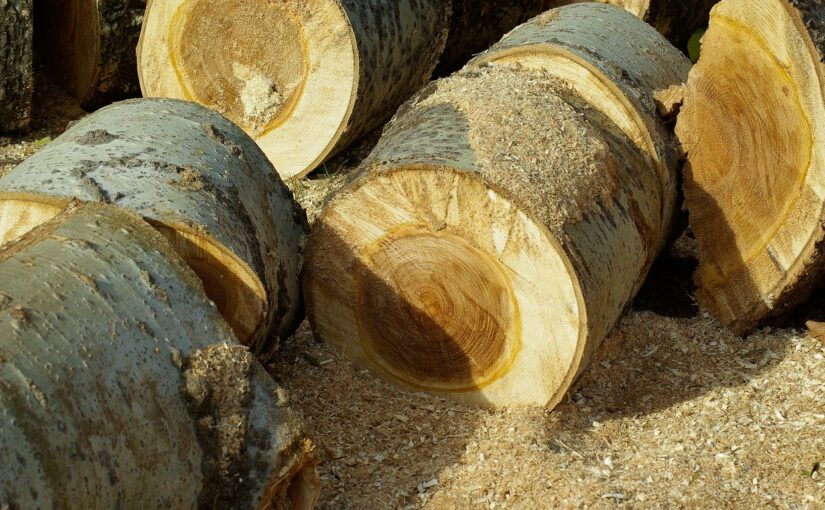 Alf pressed the trunk of a felled tree against the spinning saw blade. For a few seconds, the air filled with a grinding noise and the extra squeal of the steam engine straining to do its work, then a slice of the tree fell into the sawdust. It was less than an inch thick, made of solid, hard-wearing wood, and like the trunk itself, it was in the shape of a perfect cog wheel.

Alf kept going, slicing the trunk up until it was just a pile of gears. Then he disengaged the steam drive, pushed up his goggles, and gathered up  what he had produced.

A man in a top hat was standing beside Alf’s old wagon. He held out his hand.

“Are you the man who grows gearwheels?”

“And what brings a big man like you down to my little patch of land, Mr. Black?”

“I’ve been hearing good things about your gears. I thought I should learn more.”

People had warned Alf that this would happen, that the rich gents from the cog-making companies would come and try to steal his secrets. He hadn’t expected them to be so brazen about it.

“All it takes is the right tree and the right frame to shape it,” Alf said. And the right fertiliser, the right elevation, the right program of pruning, feeding, and watering, but he wasn’t even going to give a clue to those.

Black laughed. “I understand your caution. Tell me, are your wooden gears cheaper to produce than my brass ones?”

“Not yet, but they will be, and I don’t produce as much slag and smoke in the process.”

“Yes, I hear that people care about that these days.”

Black picked up one of the gears from beside the saw and held it up between thumb and forefinger.

“This is very good. I assume you can grow more than one size and design?”

“I can.” You didn’t just tell a rich man like Black to go away, but Alf was damned if he’d make him at home. “Let me guess, you’ve come to shut me down. You’ll threaten me with legal action or financial ruin or just comment on how flammable this place is.”

Black laughed. “Oh no, Mr. Cartwright. Far from it. I want to buy you out.”

“Pardon?” Alf stuck a finger in his ear and wiggled it around. “Think I misheard you there.”

Alf took the banker’s draft and peered at the figure on it. His fingers trembled.

“With that, you could retire to anywhere in the world,” Black said. “You can spend your time doing whatever makes you happy. No need to work any more. What do you say?”

Alf took the contract and read through it, slowly, carefully, pausing over the meaning of every word. If he signed it, he would walk away now with nothing. Not his tools, not his frames, not his saplings, not even the wagon. In return, he would be richer than his wildest dreams.

“No catch, just what it says in there, that you won’t make these things any more. My company doesn’t want the competition.”

“Then I might start to observe how flammable this place is.” Black still smiled, like it was a joke, but there was steel in his eyes.

Alf didn’t like to be pushed around, but he knew when he was weaker, and he knew a good thing when he saw it too. He could get into a fight with people more powerful than him, or he could walk away a rich man, knowing that his legacy would leave the world a better place. He pulled out a pen from the pocket of his apron, tested the nib, signed the contract, and pocketed the cheque.

He headed for the gate. As he went, Black whistled, and workmen came streaming in. They had saws and axes.

“What’s all this?” Alf asked, turning to glare at Black.

“As I said, these wooden cogs have promise for the future. But my company is heavily invested in metal cogs. I can’t have this promise undermining our decades of investment.”

Someone smashed open the steam engine that powered the saw. Hot coals fell out, igniting nearby sawdust.

With a heavy heart, Alf walked away from the destruction of everything he had built. His shoulders sagged and he thrust his hands into his pockets. One hand closed around the check, a crumpled sign of how he had betrayed his own creation, with its cleaner way of working. His other hand closed around half a dozen seeds he had forgotten.

He could afford to retire anywhere in the world, do anything he wanted with his time. He was willing to bet that, if he travelled far enough, there would be places where Black’s contract and the laws around it meant nothing. Some of those places would have fine, warm climates, even better for growing his trees.