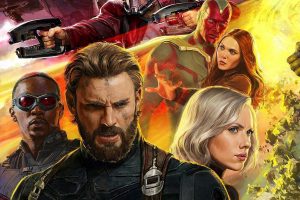 Like around 90% of western civilization, I recently went to see Avengers: Infinity War. And like most fans of the Marvel Cinematic Universe, I loved the sheer spectacle of it. Creating something this huge with so many big-name stars is a staggering achievement. That the Russo brothers created something so entertaining just adds to the joy of the moment.

Thinking back on this film, and on the others that have led up to it, I realised how basic the secret to their success is. The heart fo this franchise, the thing that keeps me coming back time after time, is one of the most basic elements of storytelling.

Don’t get me wrong, I love the spectacle and the humour. I enjoy seeing a universe emerge through a web of interconnected films. The all-star casts really help. But what sucks me in is how well the characters are depicted. Each one is interesting and unique in their own right. Their relationships with each other are rich and believable. Some of them having cracking character arcs, especially Steve Rogers, whose journey of growth has been truly compelling.

Sure, I have an interest in superheroes, but as DC have proved, that’s not enough to drag me to the cinema. What Marvel is doing right, and what we can all learn from as storytellers, is a focus on the fundamentals.

I don’t go to Marvel movies for the spectacle anymore. I go for the characters. The spectacle has become the bonus feature.