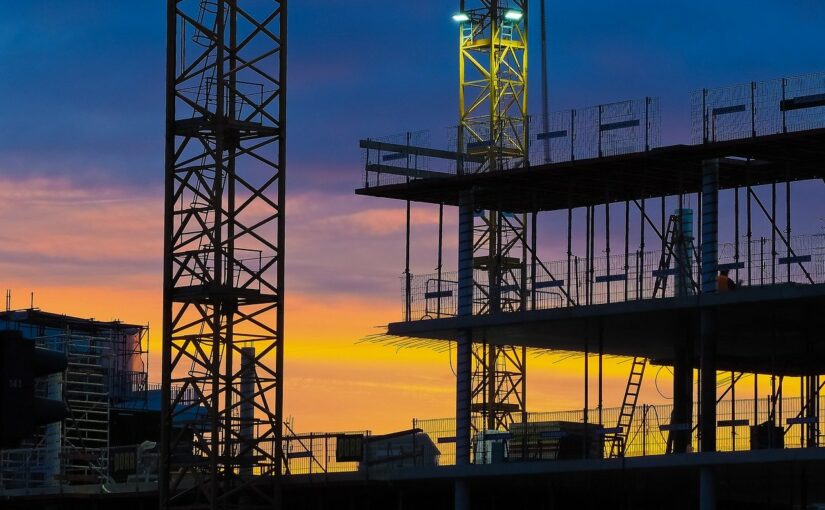 Wind whipped through the skeletal office block, whistling through the gaps between girders, tangling McCoy’s hair as she strode along an exposed beam. She knew that her footing would be good despite the darkness, had known it for a decade, since the agency planted a spike in her brain and the future rolled out before her like an open road, every step of her way clear to life’s horizon.

She stopped a few paces from where Kidman sat, his legs dangling over emptiness, a bottle of imported Russian vodka sloshing in his hand.

“You’re wasted again,” McCoy said, her disdain concealed beneath the calm that came with inevitability. She always used the words or actions she had foreseen, because by the time they arrived, they were the best choice. She would catch a falling child, ram aside a robber’s car, offer precise words of guidance, because she knew what followed.

“How insightful,” Kidman slurred through gritted teeth. He was on more than just booze; she knew that from next week’s autopsy report. Kidman had been killing his brain all year.

“Why?” She had to ask, so that she could hear the answer coming. “You know it messes with your spike.”

“Exactly.” He swung his hand for emphasis. The bottle slipped from his fingers, tumbled through the air, and smashed on bare concrete seven floors below. His laughter was a caged animal howling for release. “Should have seen that coming.”

He started to sob, his body heaving, slender fingers pressed to his face. McCoy laid a hand on his shoulder and the tears slowly subsided.

“How do you live like this?” he asked. “No novelty. Every day predictable.”

“You went to school at Eton, didn’t you?”

“S’right. Then Cambridge. Best years of my life.”

She squeezed his shoulder again, pre-empting another round of tears.

She could barely imagine Kidman’s upbringing, sheltered behind the walls of money and power. The holidays, the parties, the gifts, the casual acquaintances whose names were splashed across the headlines. His life had been an amusement park, and he never had to wait in the queue.

McCoy drew two cigarettes from a pristine packet, lit both, and handed one to Kidman. She took a deep, satisfying drag on the other. This was one of the benefits of knowing how she would die. Cancer had no place in her future.

“Do you know where I grew up?” she asked.

Kidman shook his head. Of course he didn’t. In his world, people talked about themselves instead of asking about others.

“Council estate in Salford,” she said. “A concrete flat up six flights of stairs, past a lift that never worked. Three of us kids wondering every night whether there would be food, whether dad would be sober enough to hit someone or if he’d pass out on the couch. Social workers did what they could, but none of them stuck around for long.”

She took a drag from the cigarette. It was comforting, not just the warmth of the smoke, something she hadn’t tasted in years, but knowing that she would do this, anticipating the nicotine rush and then feeling it for real.

“That’s sad,” Kidman slurred. “We should be fixing that shit. You an’ me, superheroes. Using our powers to change the world.”

“We do.” McCoy tapped out her cigarette on the side of the girder, then pocketed the butt. She left no trail when she was on the job. No-one else should have to clear up her mess.

She had cleared up others’ messes when she joined the agency, including the shit show that was staffing. Thanks to her, they recruited people for whom predictability was a rock of reassurance in a dark and chaotic world, people suited to the spike. But every so often, they were lumbered with some rich kid convinced that he was the exception, whose daddy could pull the right strings to get what he thought he wanted.

People like Kidman, who bitched and moaned, drank until their spikes stopped working, their misery drifting like a toxic fog through the agency. Then the futures got darker as morale faded and good agents lost their way.

“It’s the only time I can’t see what’s coming,” Kidman said, tapping another bottle he’d drawn from inside his coat. He unscrewed the lid, chucked it into the darkness, and took a gulp.

“It’ll be okay,” McCoy said, resting her hand on his shoulder again. He leaned his head, dampening her fingers with his tears.

Ahead of her, she saw sirens screaming through the night; policemen listening sympathetically to her story; headlines describing the tragic accident that had killed the son of a peer. She saw the knowing looks of her colleagues, any one of whom could have been in her place. She felt guilt, burning like poison in her gut until it faded with the passing of time.

She looked over the edge into darkness, then slid her arm down Kidman’s back and pushed, as she had always known she would.

I’ve also got a new story in a magazine this week. “It Will Have Its Way”, a historical horror story set in post-war Berlin, is in the new issue of Aurealis, Australia’s longest-running small press sci-fi and fantasy magazine. Aurealis #141 features stories from A. Marie Carter and Benjamin Keyworth, as well as non-fiction and reviews, all for only $2.99, so go check it out.