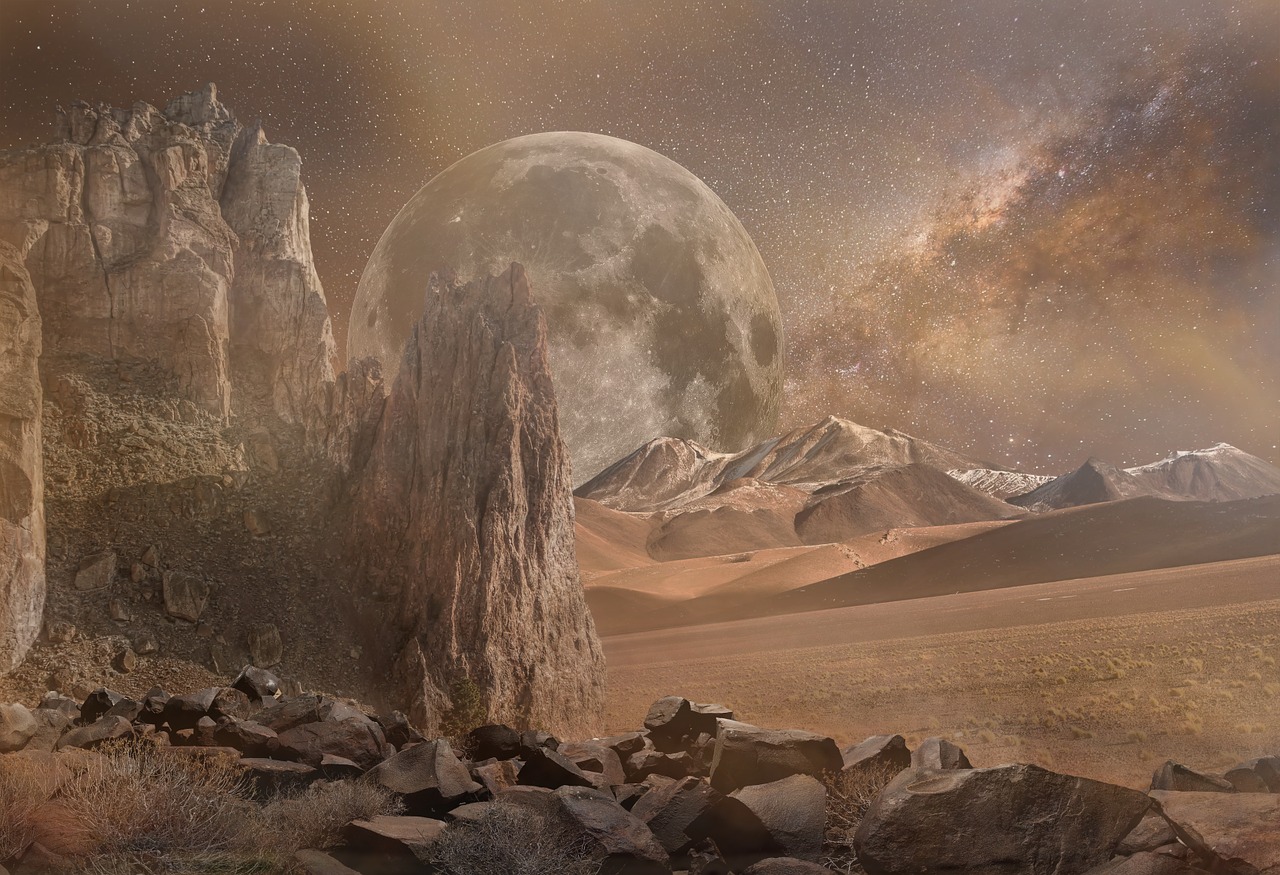 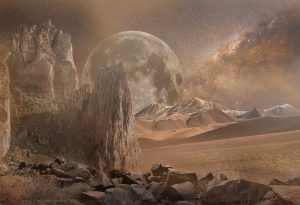 My nerves were frayed even before they sent me to supervise Ruby. There had been lots of setbacks in terraforming my sector, and the finger of blame was slowly shifting my way. I was struggling to sleep, which led to mistakes, which made both the stress and the insomnia worse. And then the chief engineer assigned me the project’s most infamous technician.

“I’ve got it all planned out,” Ruby said, waving a tablet in front of my face.

I snatched the tablet and peered at the screen, looking for something amiss. It showed a diagram of the landscape beneath our hovering depot, with symbols mapping out Ruby’s plan. As far as I could see, there were none of the smiley faces or penis shapes she was infamous for carving into the landscape. But I wasn’t going to be fooled so easily.

I muted layers of the diagram, viewing different features one at a time. Still nothing amiss.

“This is good work,” I admitted. “You’re a fast designer.”

“I remodelled some of the hills here during phase one,” she said, smiling. “Knowing the lay of the land always helps.”

I restored the diagram on the tablet, then zoomed out for one last look.

“Gotcha.” I pointed at a curved area being prepared for forests. “You’ve left underlying rock in the middle. The trees won’t grow there, and we both know how it will look.”

“No. You clear out that underlying rock. Then you can plant the forest.”

“Fine.” She rolled her eyes, still grinning. “Is that all?”

A terrible suspicion stole over me.

“I need time to study this before we start work,” I said.

“But we’re already behind schedule,” she said.

Just hearing those words made me twitch.

“Fine. There’s a hill they want reduced to rock flats. You do that.”

I sat scowling in a corner while Ruby steered the depot through the skies. As she got us into place over the hill, I was still scrutinising her plan, redesigning anything that looked even faintly phallic. As she fired up the laser scouring beams, and the air filled with the crackle of disintegrating rock, I started peering suspiciously at anything vaguely round.

As I worked, my foot tapped against the floor, a frantic rhythm growing of its own accord. I couldn’t spare time for this nonsense, but I couldn’t let her sneak something crude through either. My job was on the line.

With a boom, the last of the hilltop disappeared. I looked up at a monitor, watching dust settled over the newly flattened ground.

My mouth hung open at the horror of what I saw.

“How?” I squeezed out the word, little more than a strangled croak.

The rock the flats had been carved from came in two colours. They should have been mixed in swirls and broken splotches, as laid down during phase one. Instead, a gleaming image of a naked man, made entirely from the paler rock, stood out against a dark background.

I flung the tablet aside and ran to the rear hatch. A hot wind full of dust made me choke. Even through streaming eyes, the rocks looked the same – indecency on a planetary scale.

I gripped the edge of the hatch so hard my fingers hurt.

“How?” This time I screamed the word.

Ruby appeared at my side, grinning that same smug, idiot grin.

“I laid down those hills, back in phase one,” she said. “At last, they’re paying off.”

“We’re already behind schedule. Does this really matter more than finishing the job?”

I stared at the rock flats and contemplated the ruin of my career. Hysterical laughter bubbled up from inside me.

That sound shook something else loose. For the first time in weeks, my jaw unclenched and my shoulders slumped to a natural rest. The laughter became joyful as I finally relaxed and appreciated the effort Ruby put into her craft.

“Leave it,” I said at last, wiping tears from my eyes. “They’ll fire me either way. We might as well have something fun to show for it.”

“They won’t fire you,” Ruby said. “They’re behind schedule, remember? They need every hand they’ve got. Why do you think they haven’t fired me?”

From that moment on, our approach to terraforming changed.

I felt happy knowing that they’d named it Rubytown.

I’ve been playing a lot of Terraforming Mars this year. Sooner or later, it was bound to show here.