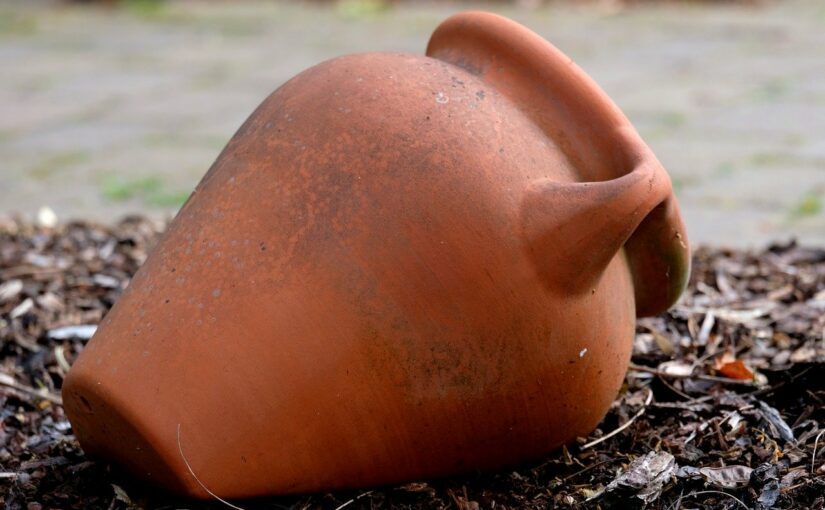 Chrissy turned slowly on the spot, taking in the sights of ancient Pompeii. It was hard to embrace its awe and beauty while smoke streamed from Vesuvius in the background, especially knowing what would happen on this day in history, but she kept reassuring herself that everything was fine, the time tether would snatch her and Domingo back to the 22nd century before the destruction hit, she just had to keep her head and make the most of this unique opportunity.

In a sense, it didn’t really matter what she saw. What mattered was the camera and other sensors in the amphora she was carrying, part of her disguise as one more slave running errands for her master. Her recordings would be pored over by historians for decades, turned into books and papers, imitated in games and entertainment streams. But for her personally, knowing that she could only ever visit this time once, it was an opportunity she shouldn’t waste.

“Got everything you need?” Domingo asked quietly as she finished a complete rotation, filming all the buildings around the square. The two of them had enough Latin to get by here, but communication was clearer if they kept their voices low and spoke in English.

“Then let’s move on to the next location.”

They didn’t need to discuss where it was. They had spent months planning for this, memorising routes carefully planned to maximise evidence gathering, in line with a funding application that had been years in the making.

A passing slave caught Chrissy’s eye. On the surface, he looked just like the rest, his skin weathered, his tunic made from authentic period cloth to an authentic period cut. But he smiled for a moment, revealing teeth that were whiter than any others she had seen since they arrived.

“Wait.” Balancing the amphora in one arm, she grabbed Domingo by the wrist and hissed in his ear. “Look, another time traveller.”

“Looters. You always get them in places like this, snatching antiquities before they get lost in the disaster.”

“He’s stealing from these people?”

“Evidence future archaeologists didn’t find, because it’s gone.” Domingo started walking. “Come on, we’ve got a schedule.”
Chrissy nodded in the other direction, after the looter.

Domingo gave the weary sigh of a veteran, which only aggravated Chrissy’s temper. He had only done two of these expeditions before, it wasn’t like he had some huge wealth of experience she lacked.

“Our job is to record this place for posterity.”

“Screw the job. We can’t let people like him go unpunished.”

Red-faced, she shoved her amphora into Domingo’s hands and strode after the looter.

Chrissy froze. Around them, people turned to look at the slave shouting strange words in an unfamiliar accent.

“Sorry,” he said in loud, overly clumsy Latin. He pointed at himself. “From Gaul.”

People nodded and rolled their eyes, then went on about their business.

“What the hell?” Chrissy hissed as he caught up with her. “You know we have to be careful.”

“Which do you think will make more difference to our understanding of the world, catching that looter or completing our research?”

Chrissy stood with feet planted firmly, fists bunched at her sides, unwilling to concede the point. “Completing our research. But that doesn’t mean-”

“And which will do more to improve the world, having a rich, detailed record of this lost city, or stopping one guy nicking jewellery from people who will be dead in six hours?”

“If he gets away with this then he might do it again.”

“You’re right, and that’s not fair. But the question is, do you want to punish him more than you want to help all those historians and school kids and history lovers? Does your anger matter more than their understanding?”

Chrissy glared at him. Time was ticking away, either to do their research or to catch the looter. She trembled with frustration as her own calculations dragged her away from the answer she wanted to choose.

“Fine.” She grabbed the amphora from Domingo and stomped away up the street. “Let’s go make some history.”