Continuing my review of the year in books, here are some of my favourite non-fiction reads from 2018. They didn’t necessarily come out this year, but now is when I found and enjoyed them. If you’ve particularly enjoyed a non-ficiton book this year, tell me about it in the comments – I’m always on the lookout for more. 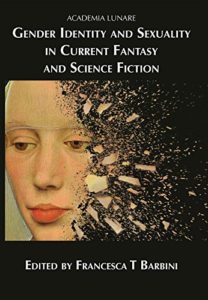 To say that modern society faces problems with gender and sexuality would be an understatement up there with “King John seems a little bit off.” As half of society tries to adopt a more nuanced, egalitarian attitude, the other half kicks back, desperately clinging to binary divisions and patriarchal structures. Movements like gamergate and the sad puppies have turned geek culture into a battleground on gender issues, spewing angry invectives and threats of violence at people who question the status quo. “How dare they fill speculative fiction with gays and women?” the trolls cry out. “It was fine being all about straight white men!”

In that environment, it was particularly pleasing to see a British Fantasy Award go to Luna Press’s excellent collection of articles on gender and sexuality in speculative fiction. Articles in this book cover a wide range of topics, from the myth of meritocracy in publishing to the remarkable improvement in gender representation in the Magic the Gathering card game. These thought-provoking pieces by smart writers address both the content of our fiction and the process surrounding it, encouraging readers to look at gender and sexuality in geek culture from a dozen different angles.

This is academic writing of a relatively accessible type, aimed at wider readers with an interest in the field. It takes some effort, but if you’re interested in issues of social justice or the state of sf+f then it’s well worth a look. It’s a book whose existence and well-earned plaudits will help shift our culture in a more positive direction.

The Unwomanly Face of War by Svetlana Alexievich 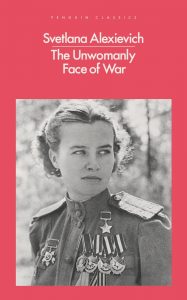 Speaking of gender, I wrote back in June about Svetlana Alexievich’s The Unwomanly Face of War. Six months later, it still haunts me, one of the most remarkable history books I’ve read in my life, never mind this year.

Researched and written in the late 1970s and early 1980s, this book details the experience of women serving in the Soviet armed forces during the Second World War. It reveals a side of the war that fitted poorly with official accounts and heroic re-tellings, showing the vital place of women on the Eastern Front and the awful realities they faced. Despite its huge significance, it only appeared in English last year, translated by Richard Pevear and Larissa Volokhonsky.

Filled with veterans’ own accounts of the war, it’s a powerful testimony to the experiences of soldiers, sailors, pilots, and support staff. Their struggles, their traumas, their losses, their fleeting moments of joy, all are laid bare on the page. But it’s not just about the moments of violent struggle. It’s also about the transformation of civilians into warriors, of women into men’s roles, how that changed them and how it affected their lives once the war ended. It’s also an account of Alexievich’s own mission to uncover these hidden stories, the way she related to the women she interviewed, and the way they viewed the war decades later.

The phrase “we have always fought” has become a rallying cry for the re-examination of women’s place in history and in the fiction influenced by it. The Unwomanly Face of War provides the ultimate evidence of how tragically true that phrase is. 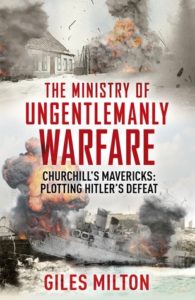 Another unconventional look at the Second World War, Milton’s book delves into Britain’s covert operations. When Churchill called out for Europe to be set ablaze in resistance to the Nazis, these were the people who built him a bigger match and worked out where best to light it.

The book covers three aspects of their work. First, there were the mad inventors of the weapon’s making division, men like Cecil Clarke and Stuart Macrae who invented the limpet mine using condoms and aniseed balls. Then there were the trainers, men like Eric Sykes and William Fairbairn, the professional sharp-shooter and former police commander who taught men to kill with their bare hands. And finally, there were the operatives themselves, sent on dangerous missions deep in occupied Europe, committing acts of sabotage and assassination in the name of freedom.

Unlike The Unwomanly Face of War, Churchill’s Ministry sometimes glamourises its subjects, both the people and the missions. There’s a sense of boy’s own adventure in places that’s at odds with the true ugliness of events. But the overall tone is one of exploring the extraordinary, from the ingenuity of inventors to the courage and determination of undercover operatives. It’s an unexpected and seldom discussed niche within much larger events, compelling as much for the odd characters as for what they achieved.