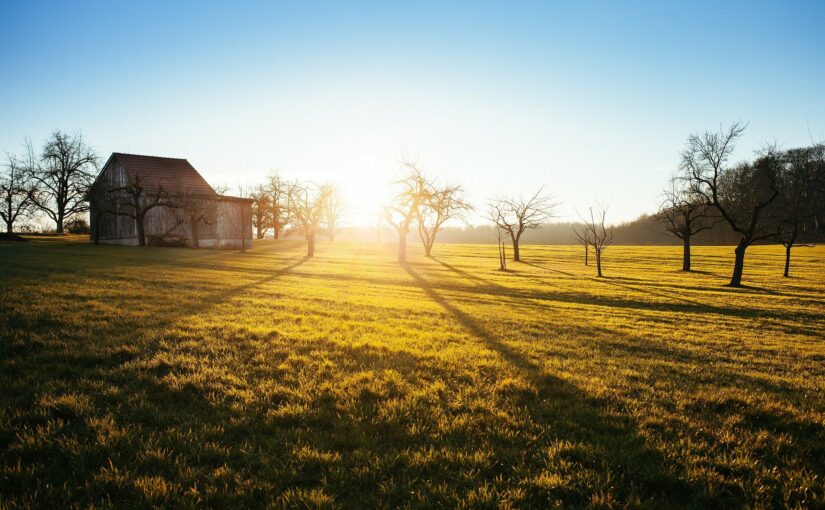 I don’t even remember when I first heard those words, though they were probably from my mother. She would remind us every day when I was a child, tiring herself out watching for me while I tired myself out running around the fields and orchards.

“Never sleep under the apple trees,”  she said sternly. “The fairies will take you away.”

Her voice was the same as when she talked about the bandits in the hills or the local lord’s son, and children follow their parents’ fears, so I took the advice very seriously. I barely even sat under those trees, and watched their branches warily as we gathered the fruit at harvest time.

“Never sleep under the apple trees,” my friends and I would say to each other as we tripped over the cusp of adulthood, when the leaves always seemed to spread wide and the days to turn sleepy, while the nights were full of excitement, embarrassment, and discovery. We barely believed in the fair folk any more, but the words had become a code, signalling to be careful in case you got caught. We lay down with each other under forest oaks, in fields of tall grass, and on the backs of isolated haystacks, because what else were young people to do, but we never lay down under the apple trees.

“Never sleep under the apple trees.” Those words were imbued with such seriousness once my first child was on the way. Part of it was the caution a community flung around an expectant mother, when life was precious and birth could also bring death. It was understood that I should take no risks, and one of those risks was that fairies would switch my baby for a changeling while she was in the womb. I didn’t mind the advice. Carrying the weight of an extra person, it was good to have an excuse to stay way from hard orchard work.

The first time my own grandchildren told me never to sleep under the apple trees, I almost cried with joy. They were growing up so smart and so fast, becoming little people like the one I had been, like the ones their parents had been. I had grown and nurtured a family, just like I had grown my fruit trees, replacing the ones that fell, grafting saplings to ensure a good fruit. Mine was a loving pride.

By then, the meaning of the words had shifted again. “Never sleep under the apple trees,” my family reminded me, but what they really meant was that I shouldn’t wander too far, or doze off in out of the way places. My body wasn’t as supple as it had been, or as sturdy. I couldn’t always stand up on my own, and if I got stuck under some distant tree, with cold wind or a rain storm coming in, then I might catch the cold that carried me away. My family weren’t ready to say goodbye yet, nor was I, so I was careful, protecting my life both from the fairies and from myself.

But idle minds think strange thoughts. No longer strong enough for farm labour, I was left sitting by the back door, watching the orchard. I started to wonder why we feared the fairies, why it would be so bad to be taken by them. I’d had a good life, but not an adventurous one. I wondered what might have been.

And so, tonight, when my bladder woke me as it often does, I didn’t go back from the outhouse to my bed. Instead, I came out here and laid my head down beneath an apple tree. I’m so glad I did, because I never realised how beautiful you all were, how wonderful it would be to see you hovering in the starlight, ready to take me away.

I doubt I’ll have long in your land. Life has worn my body down, and I don’t have many years left wherever I go, but I am looking forward to seeing a world beyond this one, full of wonders like you. Perhaps I should have slept under the apple trees years ago, but then I wouldn’t have raised my family or tended this land, and there’s a magic to that too. So I suppose that the advice still stands.

Never sleep under the apple trees… at least not until your life’s work is done.