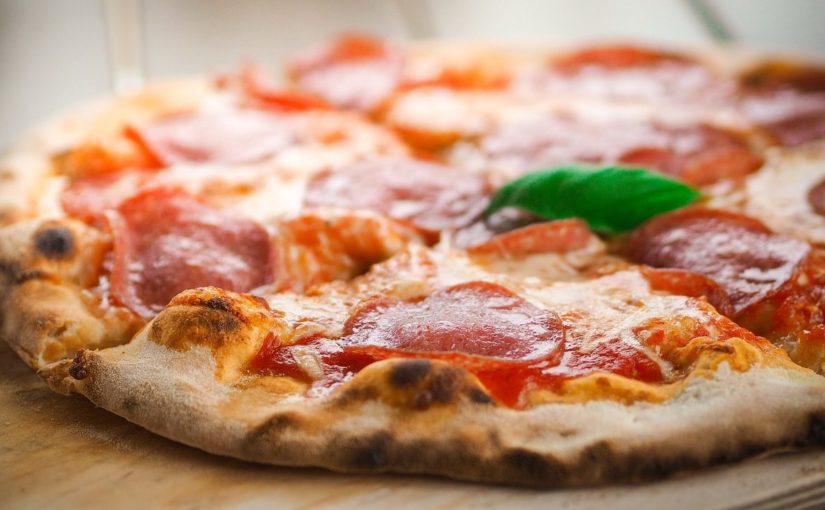 After the funeral, we went next door to the pizza place fuelled by the crematorium fires, in accordance with Uncle Frank’s will.

“If anybody’s getting their dinner cooked by my burning body, I want it to be you,” the will had said. That was Frank – at sea in a world he didn’t recognise, clinging to some scrap of control as if it could keep him afloat. The cancer had won in the end, but he sent us to claim a final victory over his broken body.

We snacked on fried crickets and chatted idly while we waited for our meals. When the food arrived we toasted Frank and joked about him joining us for one last supper. But once the waiters had moved on, there was no avoiding the real conversation anymore.

“One of you should take over the farm,” Mum said. “It’s what Frank would have wanted.”

Kath and I looked at each other. We’d both known this day was coming since we were kids and Frank had taught us to set up milking equipment. He and Mum had persisted through our teenage rebellions and the decline in dairy sales, keeping the herd alongside oat fields and a silo converted for breeding edible beetles. When Kath came home from agricultural college, the only courses they asked about were animal husbandry. When I insisted on studying tourism instead they almost screamed the place down.

“We’ve talked about this,” Kath said and I saw Mum tense. “We’re both willing to take over, but we’d be running things our way.”

A slice of pizza trembled in Mum’s hand. I wondered if she’d noticed that this place didn’t use real cheese anymore. I couldn’t tell the difference, and I figured she would have complained if she’d known. But then, Mum was good at ignoring what she didn’t like.

“What do you mean?” she asked.

“If I take over, I’m going to run down the herd,” Kath said. “There’s no market for dairy anymore, not with cheaper alternatives that don’t cost the planet. And we’ve not sold a beef cow in a decade.”

“Those ridiculous cloners,” Mum said. “It’s nothing like the real thing, but who can compete with their prices?”

I kept my mouth shut about how those prices happened, and about the likely origin of the ham on her pizza.

“I’d concentrate on the beetles instead,” Kath pressed on. “Lower costs, lower emissions, and there’s a huge market for them these days.”

“No.” Mum shook her head. “You’re not turning the whole place over to those ghastly, rattling silos. Frank would turn in his grave.”

“Sorry, sorry, that was completely out of line.”

“It’s good that someone here can admit when they’re wrong.” She shot Kath a sharp glare, then looked back at me. “How would you keep the place going?”

“Petting zoo,” I said. “We’d keep a few of the cows for that, and bring in some more exciting animals. Sheep, llamas, maybe some of those prehistoric sloths they’ve started cloning. Those things are adorably fluffy and they can’t run away from over-affectionate toddlers.”

Now she was glaring at me too.

“If neither of you will keep up with tradition then we may as well sell the place.”

She sat back, arms folded, and waited for us to respond. By the smug look on her face, she thought she’d played a trump card.

I took a bite of pizza, forcing myself to pause and think my words through. Her tone had made me tense up, but I couldn’t let her get to me. I had to deal with this calmly or we’d end up not speaking for six months again.

“That’s fine,” I said at last. “People will always pay good money for land. Without the farm, Kath can take up that research post she wanted and I can move to-”

“How can you say that? How can you let go of the farm? And with Frank only just gone, as well.”

“Don’t start on the emotional blackmail. The world has changed. Diets have changed. The farm has to change.”

“And abandon everything Frank held dear?”

“I’m warning you, Mum, pull that card one more time and I’m leaving.”

Kath took Mum’s hand. An untapped well of tears threatened to burst from all of us, a pool of emotion built up through decades of struggling for change and fighting to resist it. The unspoken assumptions, abandoned dreams, and bittersweet memories.

“This is how we preserve Frank’s legacy,” Kath said. “By making it fit for the modern world. We’re on your side, but we have to do this our way.”

Mum sniffed and rubbed at her eyes.

“Can we keep the old milking shed?” she asked quietly. “It’s such a lovely building.”

“Of course. It’ll make a great farm shop and cafe.”

A slightly nervous waiter came over, holding out a set of dessert menus.

“Can I get you anything else?” he asked.

“Why not.” Mum blinked back her tears and managed a smile. “I keep hearing about your rice milk desserts. It’s time I tried one of them.”

There’s a lot to be explored about the future of food. What we eat is going to have to change to look after the planet, but that change is painful. It goes against our habits, our expectations, and many people’s livelihoods. I wanted to explore that a little. I daresay I’ll be back to it again later.