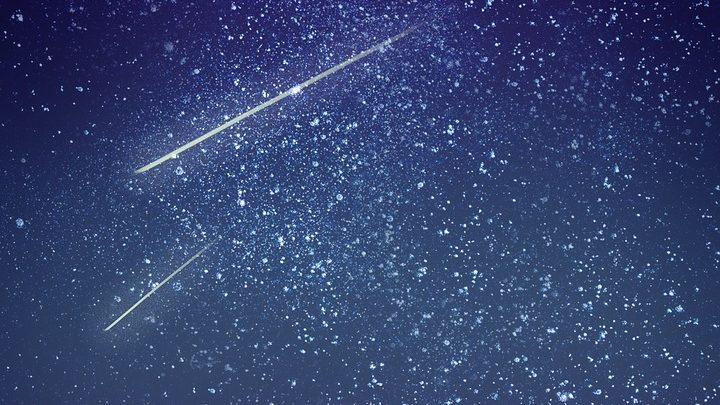 Shooting stars blazed across the sky, bright wounds in the skin of dusk.

“Another omen!” Ostelia shouted, glaring angrily at her fellow senators. “The city will fall.”

His body quivering with rage, Asmir hitched up his toga, rose from his seat, and pointed past her through the pillars of the temple porch.

“The city will not fall because of this,” he said. “It will fall from our neglect. The great lake has not dried up through the will of the gods but through our inaction.”

A rumble rose out of the east. A great foaming wall of water came rushing across the lake bed toward the city.

“Another sign!” Ostelia exclaimed. “The end is upon us!”

“The dams have broken.” Asmir swung around and grabbed a servant. “Quick, ring the bells, get people to high ground.”

The water surged across the dried out lake bed and crashed against the houses beyond. Buildings at the foot of the temple hill were smashed aside. Timbers and bodies spun in the current as the waters rose. One by one, the temple steps vanished beneath the flood.

“The end is upon us,” Ostelia declared.

Half the senators cried out in agreement. They followed her as she strode solemnly out of the temple, onto the steps, and down towards the waters.

“Get back here, you fools,” Asmir shouted. “We’ll need everyone we can get to rebuild after this.”

He ran after them, sandals flapping against stone, and tried to haul them back. A brawl broke out as half the senate tried to keep the other half from drowning itself.

Ostelia reached the water’s edge. It was still rising, but slower than before. She raised her hands and stepped in. The edge of her toga darkened and clung to her shins.

“Take me, oh divinities. Carry me into the purer world that follows.”

Asmir was about to grab hold of her when something caught his eye. A wicker basket bobbed across the water to them, carrying with it a baby’s frightened cries.

Thoughts of Asmir’s fellow senators fled his mind. He tore off his toga and dived into the swirling waters. Currents snatched at him, trying to drag his body this way and that, but this was one thing at which he excelled. Though he was spun around and almost sucked under, he kept his course, until at last he laid a hand on the basket.

There was a hiss. A cat popped its head up over the edge and glared at Asmir. It dug its claws into his fingers, causing a fierce flash of pain. Tail stiff and back arched, it stood protectively over a tightly swaddled infant.

No time to appease the savage beast – Asmir would have to take whatever punishment it gave him. As blood welled from his fingers, he turned the basket and pushed it ahead of him towards the shore.

The waters tugged at him again as he neared the temple steps. He was so close, but a current clutched him and he could feel himself being drawn away.

Then a hand reached through the last grey light of dusk. Ostelia was in the water, and other senators behind her, a chain of them clinging to each other back to dry land. Asmir grasped Ostelia with one hand and the basket with another. Battling the force of the flood, the senators dragged him to shore.

At last, Asmir sat sodden on the hillside, lit by torches the servants had brought out, the torn up timbers of the city being swept away in front of him. The cat leaned its head out of the basket and licked his fingers, cleaning the wounds it had caused. The baby gurgled, smiled, and raised a tiny pink hand.

Ostelia leaned in, her toga dripping, and the baby grabbed at her dangling hair.

Anger flared in Asmir. Ostelia had almost died of omens, almost taken half the city’s leaders with her. Now she was twisting this so she didn’t have to see her own madness.

The baby laughed and something shifted inside Asmir. He might not believe in omens, but he believed in people.

Ostelia laid a hand on his shoulder and smiled.