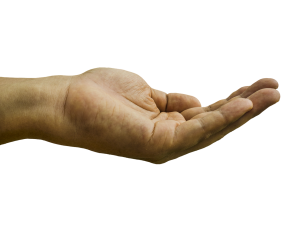 The carnival was everything Irwin had missed while stuck aboard the ship. Every moment of it was bursting with brightness and freedom. Sure, he only had a few more hours before his shore leave was over and he went back to the war, but that just made these hours more precious. He wanted to try everything life had to offer, while he had the chance.

As the others started their third go on the dodgems, Irwin headed off between the stalls. He bought candied nuts and spiced wine, watched high-wire dancers and listened to a soprano singing a grand variation on an old folk tune. But his attention was drawn to a small tent at the edge of the carnival ground. The simple sign outside read:

He pulled back the heavy canvas and stepped inside. Candles gave the interior a warm and welcoming glow. He stopped, mouth open as he recognised the woman sat behind a folding table.

“Ella?” he exclaimed. “I haven’t seen you since you left your folks’ place!”

“Irwin!” She greeted him with a hug, then took her seat again. “I’ve been on the road. A good fortune teller is never short of work.”

“You always had a knack for knowing what would happen. I thought you were just smart, but is this…”

“Real? Yes! Cross my palm with silver and I’ll show you.”

As he passed her the coins, his fingers lingered on hers for a moment. She smiled softly then took his hand firmly in both of her own and peered at the palm.

She studied it so long that Irwin started to wonder if something was amiss. Then she looked up at him with an unconvincing smile.

“I see good things in your future,” she said after a pause. “Make the most of these next few days, because… Because you’ll be busy afterwards.”

“You might be smart, but you’re a terrible liar.” Irwin held her gaze. “Why aren’t you telling me the truth?”

“Ella, please. You’re just leaving me to imagine the worst.”

“Worse than dying, and all your shipmates with you?” She looked at him again, tears in her eyes. “I’m sorry. I just wanted you to be happy for your last few days, and now…”

“And now I can change it.” Irwin rose to his feet, knocking his chair over in the process. She was so earnest, and she’d always been so right. But he wasn’t a man to let his dread overcome him. “I’ll do things differently. I’ll watch out for danger. I’ll-”

“That’s not how it works.,” she said. “Your fate lies in your palm. You can’t resist what’s written there.”

“There must be something,” he said, kneeling beside her, his own eyes brimming over as he pleaded for his life. “Look again. Maybe you’re wrong.”

She took his hand and peered at it intently, running a finger along the creases, her touch warm and gentle. But her expression remained unchanged as she shook her head.

“I don’t believe it,” he said, trying to convince himself. “Skin changes. It gets old and wrinkled and scarred. One little patch of it can’t really tell my future.”

“Maybe…” She sank to the floor beside him. One of her hands gripped his tight. The other reached around him.

Before he knew what was happening, she had the combat knife from his belt. Pain flashed as she slashed it across his palm. Blood burst crimson from the cut, running over his fingers and onto hers.

“What the hell?” He jerked away from her, stumbling to his feet, clutching his hand as he tried to staunch the bleeding.

“A new line on your palm,” she said tearing a strip from the edge of her skirt and holding it out to him. “A long line. A deep line. Maybe enough to change your fate.”

He took the cloth and fumbled with it, trying to bind his wound. Reluctantly, he let her come close enough to help. With the initial shock gone, the truth sank in. She had tried to save him, however mad her method.

“What’s my fortune now?” he asked, almost too scared to hear the answer.

She looked down at her own palm, and for the first time since she’d read his, she smiled.

“Yes,” she said, and he saw again the young woman he’d known before, the one he hadn’t known he’d missed. Something in what she read for herself changed her whole demeanour, made her seem strangely content.

Despite his fear and pain he smiled.