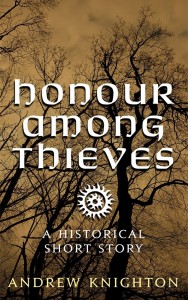 ‘Honour Among Thieves’, a historical short story, is available as a Kindle e-book via and Amazon and in epub format from Smashwords. It’s free in both formats, so there’s nothing to lose by giving it a try – go grab your copy now.