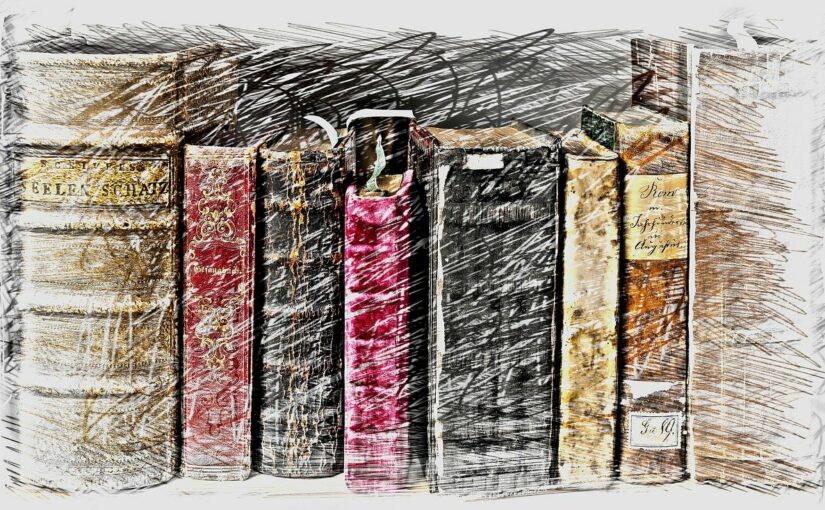 The hammering on the door repeated, followed by a furious voice.

“Open up, in the name of the holy inquisition!”

Diego Ortiz stumbled through the bookshop, pulling up his britches as he went. There was just enough light for him to see without a candle, but in his rush he collided with the corner of a table and came away with a throbbing shin.

Diego yanked the bar back from the door and pulled it open. In the street stood three robed priests, like wise men come to visit the stable, and behind them three armed men, who looked a lot less wise. The sun had barely begun to creep above the rooftops of Seville, and only the earliest of roosters had yet saluted the dawn.

“You are Diego Ortiz, the bookseller?” one of the priests asked.

“Father Alvaro de Fuentes. I am here to search your stock for heretical texts.”

“Couldn’t you wait an hour? As you can see, I’m not even dressed yet, and there’s been no time for—”

“We will not give you time to to hide crimes.” Father de Fuentes pushed past Diego, and his companions followed him. “You may fetch a shirt, but one of the guards will go with you.”

“You think I’m hiding heresies under my tunic?”

“Protestants are wily, Señor Ortiz. As long as Calvin keeps churning out his blasphemous texts, we must remain vigilant.”

The priests started pulling books off the shelves, piling them up in the middle of the room. Diego blanched at the rough treatment of his precious stock, then scurried off to finish dressing, a guard tramping after him.

By the time he returned, the shelves were virtually empty, the books a tumbled heap. One of the priests was tapping at the backs of shelves, testing for hiding places, while the other two examined the books.

“Is there anything you want to tell us?” Father de Fuentes asked, waving a volume of Tacitus.

“You shouldn’t find anything amiss,” Diego said. “And if you do, I can hardly be blamed. We haven’t seen an updated banned books index in years. If you would just—”

“Protestantism is heresy, your thin claim to technical ignorance no excuse. So I say again, do you have anything you want to tell us?”

Diego clasped his hands tightly together and tried not to let his fear show. This moment could see his business ruined, or worse. Admission in advance might show cooperation, but there were no guarantees.

“No, Father,” he said. “There is nothing here that should trouble you.”

“Should is a weak word for a weak man. Let us see what other weaknesses this place holds.”

De Fuentes read the spine of the book in his hand, snorted, and set it aside, the beginnings of a second heap. Together, he and his brothers began checking the titles, while Diego watched them nervously and the guards watched Diego. Every so often, one of the priests would hold out a book for the others to check, or they would compare a title with one on a list. Twice, Diego had to explain the difference between a book in his possession and one with a similar title by a wildly different author.

“Is there something in particular you’re looking for?” he asked, trying to calm himself by treating them like just one more group  of customers.

“Certainly not.” De Fuentes tossed a Catalan romance onto the checked pile, and Diego winced as the book landed open, pages buckling, its corner scratching the cover of a poetry collection.

“Could you please take a little more care with my books?”

De Fentes scowled at him. “Souls are at stake. I would expect a good Catholic to value that above mere material goods. Unless, of course, there’s something you’re not telling us…”

“No, no, you carry on. I’ll just…” Diego wiped his palms on his tunic, leaving a sweaty smear. “I’ll just wait.”

At last, the priests finished checking all the books. De Fuentes put his list away and waved to the guards.

“You’re not going to put them back?” Diego asked, pointing at the books.

De Fuentes glared. “Be grateful that you still have them all. This has gone very differently for others.”

Diego waited until the priests and their guards were gone, then sank to the floor next to his poor, abused books. He slumped, then laughed shakily. Rummaging around in the bottom of the heap, he pulled out a volume labelled as Tacitus’s Histories, then flicked through until he found a second title page. Institutes of the Christian Religion by John Calvin, the title proclaimed. Diego turned the page and started to read. If it was worth all this, then it must really be worth reading.