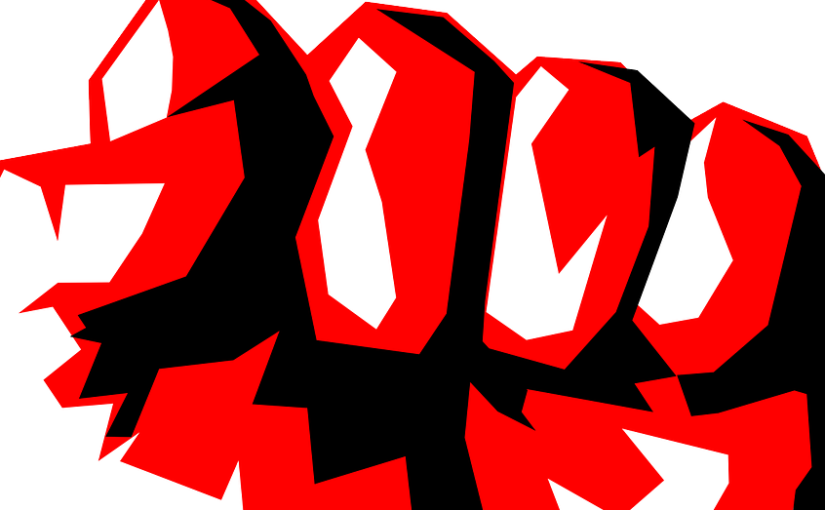 Just not the one you know.

Nastasia stood in the shadows of dirt-smeared street lamps, clutching a roll of posters in her hand. She could feel the edge of each one beneath her fingers, an edge that could as easily slice her skin as crumple beneath it.

It was a midsummer night, yet Nastasia felt an icy hand gripping her chest, freezing her to the spot where the comforting shadows would give way and expose her to the light.

“Come on,” Kirill hissed, gesturing down the street with a broad paint brush. In his other hand he held a bucket of paste, flour and water and a little cheap glue. Good enough for propaganda. Good enough when it was all they had.

Nastasia took a deep breath and forced herself to take a step forward. She had chosen this. While the Red Army marched west against the capitalists, people were struggling and starving back home. It wasn’t right and Nastasia had been brought up to do what was right.

She had also been brought up hearing stories of the gulags and KGB cells, stories whispered behind closed doors, warnings to act and dress like everyone else, to keep her head down or face the most terrible punishments.

She hadn’t had the courage to join when the protests started. But then she’d seen the march in the print district and felt her heart lift, only for it to be trampled with the protesters the army beat and dragged away. That was when she had known that she had to do something, or live the rest of her life in shame.

One arduous step after the other, she walked over to Kirill. With trembling hands she peeled a poster from the roll and held it out while he applied the paste. Then they spread it across the wall and flattened it, the paste dripping in pail globs around the edges.

She stood back and smiled at her work.

“POWER TO THE UNIONS!” it read above a picture of a raised fist. “LET THE TRUE SOVIET RISE!”

The cold hand loosened around her heart and she shifted a little lighter on her feet.

“Let’s do another,” she said, laying a hand on Kirill’s shoulder.

They stuck a poster to the leg of a bridge, another to the wall of a shop. The wet brushed slapped against paper, paste dripped, and words of defiance claimed the streets for their own.

Then a brute voice sounded behind them.

Nastasia turned, heart hammering. The posters tumbled from her hands and unravelled across the road toward the approaching policemen.

Her pulse raced. For a moment she stood frozen again.

Then she was running, and Kirill beside her. Running like a hunted beast. Running because her life depended on it.

They raced along side streets and alleyways, through pools of pale electric light and stretches of shadow. The policemen ran after them, their boots hammering the ground, their shouts the barking of a hunter’s hounds.

Nastasia wanted to wail and to scream. Tears slid down her cheeks at the thought of what must come. She felt every cobble beneath her feet, saw every passing scrap of litter, the city flooding her senses, revealing itself to her one last time.

And then those heavy footfalls faltered. Snapping and snarling gave way to wheezing, which faded as they left the policemen behind.

Still she ran, muscles aching, legs stretching for every inch of distance she could gain.

At last, Kirill sagged into the mouth of an alleyway. Nastasia flopped to the ground beside him and filled her burning lungs with deep, soothing breaths.

A dizzying wave swept through her, left her shaking and hysterical. Not tears now but laughter. The sensation that had seemed like dread was transformed, becoming the thrill of survival. She gloried at her triumph in the chase.

“Guess that’s it,” Kirill said, his voice caught between disappointment and relief. “We should get off the streets.”

“No,” Nastasia said. This feeling was a revelation and she could not turn away from its light. “More posters, more paste. We still have half the night.”

“We’ve outrun them once, we can do it again.” Just saying it made her grin, though she trembled as she pushed herself to her feet. She raised her fist. “Let the true soviet rise.”

Just not the one you know.

This story is set in the same divergent history as my new novel, co-authored with Russell Phillips…

The Bear’s Claws: A Novel of World War III