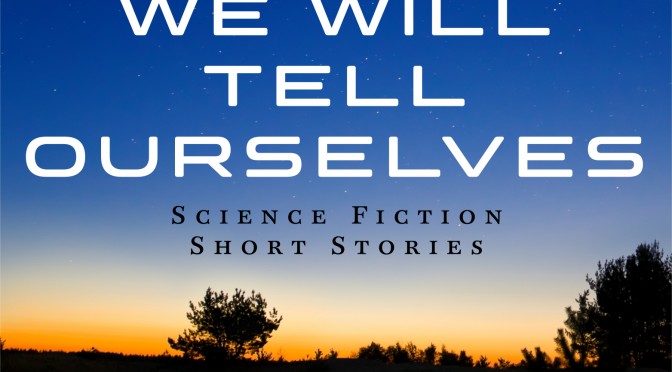 I stared at the broken tanker in the middle of the waste ground. Green sludge swayed and pulsed around it, creeping towards the river. I could smell its putrid fumes through the filter of my cheap prison issue hazmat suit.

My last day. All I had to do was obey the guards and I would be out tomorrow, a year knocked off my sentence for the sake of biohazard work, work that had given me skills and a purpose for three years. Sometimes you really could win.

“I won’t do it,” Cyril said. He always protested at the jobs, but always did them in the end.

The lead guard, Haverstaff, glared at Cyril. “You get down there and do what you’re told, or it’s solitary for all of you.”

A groan went up from the whole crew. The warden believed in the motivational power of collective punishment, but to us it was one more injustice.

“No.” Cyril folded his arms, but though he played at defiance, what I really saw was fear.

“Let me,” I said, and Haverstaff stepped back. He was always happy to let someone else do the work.

I prodded Cyril in the chest.

“I need this,” I said. “My kid are waiting to see me tomorrow, and that only happens if I do my last day.”

“I know what that stuff is.” Cyril stared in horrified fascination at the green goo. “If it gets through the suit, it won’t just make you sick. It’s an engineered parasite that will take over your body.”

“You idiot,” I growled. There was only one way Cyril knew this – his company had made it, before they were shut down for reckless endangerment. “You get down there and face the sick shit you made, or I’ll drag you down and throw you in.”

If he was considering resisting, Cyril stopped when he saw the look in my eyes. He followed me down to the spillage, where the others already waited.

What we faced wasn’t just a liquid. It was a living thing, pulsing and writhing, stringy tentacles rising from its surface. We fought them off with shovels and brooms while trying to suck it up with hoses and a vacuum tank. Acrid chemicals were spread over the thin traces left behind. After two years on the crew, I knew better than to let those powders splash my suit, but twice I had to stop new guys from reaching into the jars.

Halfway through the day Dunn, one of those new kids, stopped working and stood staring at the side of the broken container.

“I know this stuff,” he said in his slow drawl. “This is the stuff what took over my aunt and her kids. Good as killed them.”

Cyril froze at those words, sweating behind his plastic visor. He didn’t realise that Dunn and the rest had missed what he said. They didn’t know he was responsible.

Haverstaff glared at Dunn. He didn’t like it when inmates stopped working. The threat of collective punishment loomed again.

“Sorry, man,” I said, laying a hand on Dunn’s shoulder. “Let’s make sure this shit doesn’t kill anyone else, eh?”

Dunn was a good guy, despite his conviction for assault, and those words were enough to set him back to work.

But Dunn’s words plagued me. It wasn’t fair that people had died from this shit, when all Cyril got was a couple of years on the inside. I could have let Dunn know, let him balance the books with his fists, but it would have ruined the day’s work.

“Out of the way,” I said to Cyril, who stood tense amid the remains of the ooze. Since Dunn spoke, he’d been even more on edge, too distracted by Dunn to focus.

I swung the jar in my hand and chemical powder hissed as it hit the green ooze. A little of the powder landed on the back of Cyril’s leg, scorching tiny holes through his suit. I thrust the jar into his hand and grabbed the hose that he hadn’t moved in two minutes.

“Fuck’s sake, Cyril, I need to get this finished.” I swung the hose around and drips of green goo flew. It hit the back of his leg, just where the holes were.

“Hey, careful with that!” he said, stumbling back.

Suddenly, he froze and his eyes went glassy.

I leaned in close enough to whisper through the thin masks of the hazmat suits.

The parasite that had taken over Cyril nodded.

I might have felt guilty, except there was screening on the way into the prison. They would work out what was wrong and isolate the thing that was in him. Dunn would have his revenge, I’d have my day’s work finished, the other prisoners would be safe. Justice for all.

“Last day nearly done,” Haverstaff said to me. “What you gonna do on the outside?”

I pointed at the biohazard. “I’ve got good at this work, figure I’ll get a job doing it for real. Decent protective suits, proper equipment, real pay…”

He frowned at Cyril, who was staring vacantly around.

“What’s the matter with him?” he asked.

Haverstaff prodded the thing that had been Cyril. “I told you, do the work or you’re all off to solitary.” He frowned at the stain on the back of Cyril’s leg. “What happened there?”

The creature stared blankly back at him.

“I said, what happened?”

The creature seemed to see the jar in its hands. It tipped it up and chemical powder fell around their feet.

“Jeez!” Haverstaff leapt back as the ooze around them bubbled. “Be careful with that shit.”

I wondered for a moment if I should just let things fall apart. Here I was useful. I was making the world safer for ordinary people, ones screwed over by the likes of Cyril. Out there in the world, I’d just be one more guy signing on for government help or working in a convenience store.

But I’d be one more guy with my kids.

“Hurry up and finish,” Haverstaff said. “I want to get out of here.”

He wasn’t the only one.