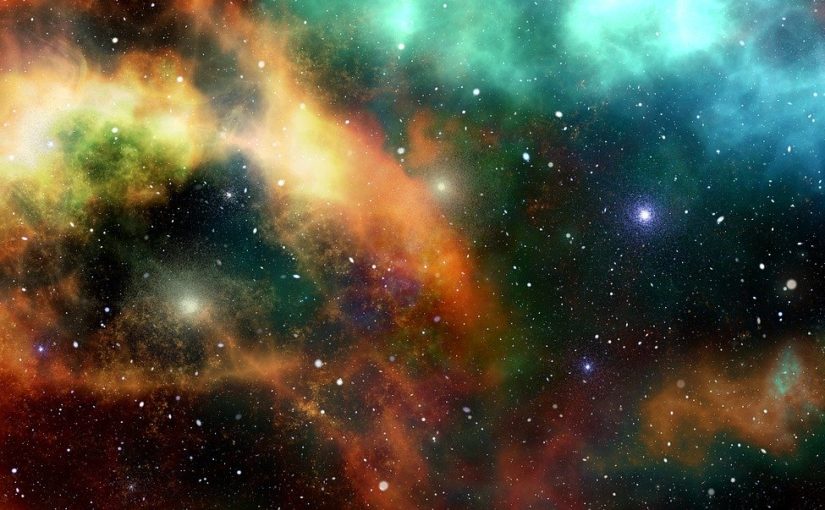 Helena stared open-mouthed at the silver sails drifting across the black of space. They moved like a flock of vast and shining birds, flowing back and forth in V-shaped formations hundreds of kilometres across, blown by the solar winds between the binary stars. As they turned, one face or another would catch the light, their bright tissue rippling and folding in invisible currents.

“How do they even exist?” she whispered.

Johar shrugged and steered their shuttle towards the edge of one of the flocks.

“No-one knows,” he said. “Just be grateful that they do. They’re our way out of this system.”

The nearest sail shone brightly as Johar manoeuvred them in behind it. Tweaks of the thrusters, using up their precious supply of fuel, brought them in line behind that sheet of silver.

Helena rubbed her hands against her thighs then wrapped them around the grappler’s controls. Her skin was tingling, her heart beating fast, but she tried to ignore that and focus on the task in hand.

She lined up the target finder on one corner of the sail and pulled the trigger, but a jerk of her hand left the shot misaligned. The grappling cable spooled out across the void, missed its target, and trailed limply like a heavy grey thread.

“Come on Helena, you’re better than this,” Johar said. “I’ve seen you practice.”

“It’s different out here,” she said, setting that grapple to wind back in while she reluctantly lined up another one. “They’re so beautiful, it doesn’t feel right to trap them like this.”

“They’re not people, not even animals, just a strange quirk of the cosmos. They won’t know that they’re trapped.”

Johar sighed, unstrapped himself from his seat, and floated across the cabin to her.

“You can do this,” he said, laying a hand on her shoulder. “I believe in you. And I believe in us. We could never afford the fuel to escape the system with rockets, but with a sail and a couple of cryo cans we can go wherever we want. It’s a whole new life for you and me.”

Helena couldn’t bring herself to look at him. Instead, she focused on the target finder, lining up the grappling shot like she’d practised so many times. Johar was right, this was their dream.

“What if it goes wrong?” she asked. “What if the sail tears or we can’t find somewhere to settle or the place we find is dreadful or… or… or anything?”

Johar took a deep breath before he spoke.

“Sure, any of that could happen,” he said. “But if we don’t try, we know what will happen. We’ll live here our whole lives, stuck in dead-end jobs for an uncaring corporation. I’ll live through that for you, if that’s what it takes to be together. But couldn’t we have more?”

Helena looked out across the flocks of silver sails swirling against the black. She had never known such beauty could exist, never mind that it could exist here. Did she embrace that? Or did she leave it all behind, hoping that the universe might hold something more?

“Everyone I’ve ever known lives here,” she said. “Family, friends, all the places we share.”

“If it’s too much, we can stay.” Johar let go of her shoulder and drifted back to his seat. “Sell the ship, buy a little apartment instead, get by with what we have.”

His fingers stabbed at the controls, setting a course back home, then hovered over the thruster switch.

Helena imagined that apartment, the two of them raising kids in one of the city tower blocks. She imagined snatching a few hours of leisure each week with family, treasured moments between the long hours of her job. She could live with that.

The sail they were following turned with the rest of its flock. Like vast silver birds, the sails soared through the void, shining with borrowed light. The wonders of the universe were laid out before Helena.

She stilled her trembling hand and pulled the trigger. The grapple caught a corner of the sail.

Maybe she could live with this place, but she would rather dream of something more.