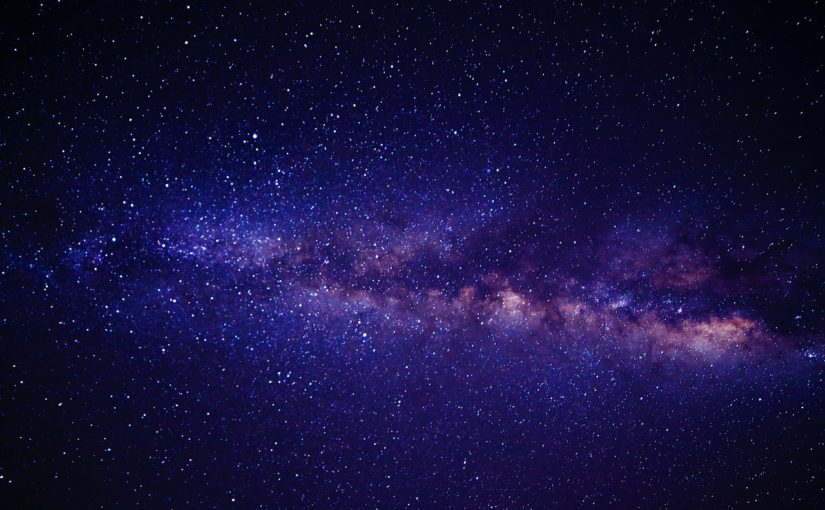 The ops room was silent, the radios dead. On a screen by the door, the symbols for our starships had all turned to black. Not the grey of lost in action or blue of lost comms. Black, every one.

With trembling hands, I drew the headset down from my ears and let it hang around my neck. I hadn’t felt this way since I’d been fifteen, sitting by a hospital bed, watching a face that was a mirror of my own turn pale then still as Dani let go her last breath.

At the command station, Admiral Burling drew her hands away from her face and looked around at the analysts, programmers, and comms officer who made up the fleet’s command staff.

“It’s over,” she said. “We gambled and lost. This base is all that remains of the fleet. Go get some rest, our work here is over.”

People rose from their stations and started shuffling out. My grief turned to horror. How could they act like this?

I lurched to my feet.

“What about the survivors?” I said. “They’ll need us to guide them in.”

I pointed at my screen, from which I’d guided whole wings of the fleet, directing them in battles that spanned entire systems, then talking them home when fried sensors and hacked systems left them blind.

Everybody turned to look at me, then at Burling.

“Whatever that weapon was, it wiped out a star system,” she said. “There are no survivors.”

I saw the others’ shock as my scream echoed around the room. I could be taken out and shot for talking to an admiral like that, but I couldn’t stay silent. I was a desperate, wounded creature crawling towards the faintest sign of light.

“We’ve lost,” Burling said stiffly. “It would be a waste of what resources we have to man these stations. Go sleep, before you cross a line I cannot ignore.”

“Yes, we’ve lost,” I said. “But we have to have hope, otherwise we have nothing.”

“Hope?” Burling spat the word. “Hope isn’t some panacea for your broken soul. Hope is a poison that will have you clinging to that terminal, pouring your energy into dreams that will never come true, burning away the last of your will until all you have left is the darkness and a service pistol that promises a way out.

“I’ve seen what false dreams hope can offer, and I won’t have you drag the rest down with you.”

On a console between us, a diode was blinking a heartbeat rhythm. Between the flashes, I saw how little I understood about the grey-haired woman standing across from me. I knew that she had fought other wars, had lost friends and comrades like the rest of us, had been with us an hour before when every channel went suddenly and chillingly dead. But I had never considered what more she might have seen than me, what scars she carried on her soul.

I looked at my colleagues standing uncertainly by the door. I saw the yearning in their expressions, the desperate longing to hear that not everything was lost. I imagined the weight of expectation held up by my own fragile desire, noble perhaps but unsupported by what we saw, for all of this to be alright.

I saw the trap I was talking them into, a shadow of the one into which we had unwittingly led the fleet.

I took off my headset. As I set it down, a sound emerged, rasping and tenuous. Was that a voice?

I clutched the headset to my ear and felt my heart hammer as I spoke into the mic.

“This is fleet command, can you repeat that?”

There it was again, almost but not quite words.

Burling glared at me and I wilted beneath her fury. I was fooling myself, wasn’t I? Fooling myself and everyone else.

Then the voice came again, louder this time.

“Fleet command, this is Gardener, do you hear me?”

“Gardener, this is fleet command.” I turned to my station, turned my back on my commander, and stared at the screen, looking for some sign of where the voice came from. “How many of you are left?”

The Admiral strode towards me, her boots thudding against the floor. I had to get proof of life before she tore me from my terminal. I had to-

“All hands to stations,” Burling bellowed. “If we’ve got even one pilot out there, we’re bringing them home.”

Her hand settled on my shoulder and as I turned to look at her I saw her smile for the very first time. Around us, people rushed to their positions, grief replaced by grins as they grabbed communication consoles and reached out across the void of space.

I remembered a face going pale and then still.

This time I could do something to help.

This time there was hope.