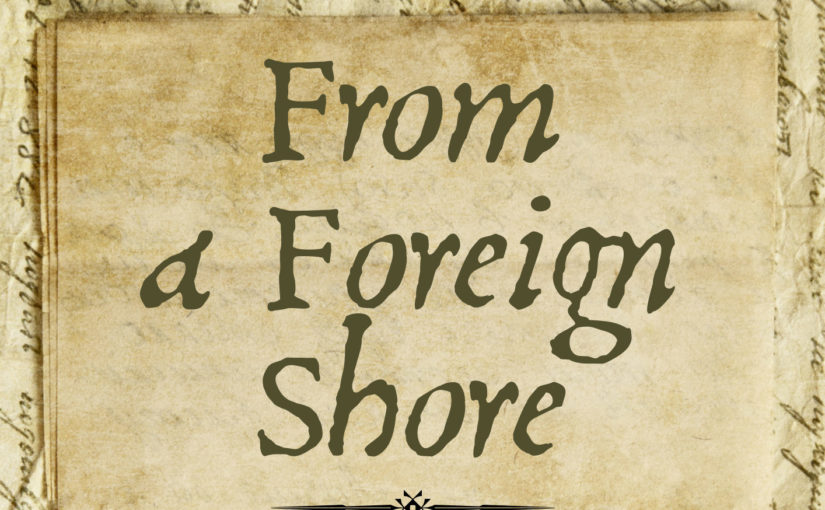 Heinrich walked into the tavern, ordered food and drink, and took a table. The place hadn’t changed since the last time he was in this town – 1599 maybe, or had it been 1600? Long enough for the walls to gain more stains, the tables more scars. He hoped that at least the rushes on the floor had been replaced, though by their filthy state he wouldn’t swear on it.

“You here for the execution?” said a man at the next table.

Heinrich nodded and smiled. It was good to see that people had come to witness his handiwork.

“Us too,” the man said, gesturing to his companions. “They say this one was a unadulterated bastard, robbed and murdered a dozen honest citizens out in the woods.”

“So I heard,” Heinrich said. He’d heard far more than that from the judge of the blood court. But telling them what he knew would mean telling them how he knew it, and it had been a long time since he’d had pleasant company. So he nodded and sipped at his drink as the others talked.

“Course, that killer’s not the only bastard involved, is he?” one of the men said.

“That’s right,” another said. “That’s executions for you – one evil bastard finishing off another. Difference is, one does it for the law.”

“Must take a real evil disposition, to lop heads off for a living,” the first man said.

Heinrich didn’t mind that thought so much. He’d had it himself, from time to time, though he knew that he’d had little choice as an executioner’s son – like most, he’d had to take the job he could. No, what bothered him was what they always disregarded, those who talked in low tones about his work.

“It must take skill,” he said. “To chop a head clean off in a single stroke.”

The first man snorted. “Just like chopping wood, isn’t it?”

“Butchery, then,” said the second. “Just cutting up meat.”

“Does meat move as you prepare to butcher it? Does it beg you for mercy or recite the Lord’s Prayer?”

“Well then, what is it like?” one of them snapped. “Or are you the sort just tells others why they’re wrong?”

“It is like nothing else on earth. The poise and balance needed to swing the sword just right, to sever the head of a standing man in a single stroke. To take account of his height, his build, his twitching, the expectations of the crowd. To make a spectacle that will bring swift, merciful death yet deter others from a criminal path. It is a fine art.”

The moment he saw their reactions, Heinrich regretted his words. They were evaluating him now, looking for something they’d missed. The first man narrowed his eyes.

“How would you know all that?” he asked.

Too late to hide it, even for one evening of friendly company.

Heinrich stood. The men flinched away as he stepped out from behind his table and headed for the tavern door. He didn’t need to look back to know that they were watching him, judging him, readying condemnations for the conversation that would follow.

But they would be there tomorrow to watch his art. And unlike him, they would cheer at the results.

This story was inspired by reading The Faithful Executioner, Joel F. Harrington’s biography of Frantz Schmidt, a real executioner from 16th century Nuremberg. It’s a fascinating and unsettling read about a grizzly profession, one that saw its members treated as pariahs by the very people who clamoured for their work.

William McKenzie sighed as he stared out the window of his father’s print shop. Once again, Alexander Davies was leading a small gang up the street, some in kilts and some in britches, mud and filth spattering their stockings. Davies’s daughter Mary had been William’s friend since their fathers shared their printing business, back when presses first reached the city and everyone was printing Bibles. He missed her more than he could say.

“Charles McKenzie, you wretch, I want my books back!” Davies yelled as he approached the shop. He had a cudgel in his hand. The men behind him carried torches and clubs.

“My books, more like!” William’s father leaned out of the window next to him, screaming for all the gathered crowds to hear. “I’ve the only licence to print that almanac in Edinburgh. Filling it with side notes and spelling errors doesn’t make your printing legal.”

The books lay in a heap at the back of the store, where they’d been hastily dumped after the midnight raid on Davies’s print shop. Filled with curiosity, William picked one up and started leafing through. Mary did most of Davies’s type-setting, and it wasn’t like her to make mistakes. Was something amiss?

“I’ll call out the justices on you!” Davies yelled.

“I’ll call the sheriff on you!” the elder McKenzie responded.

“I’ll…” The back and forth continued with all the agile wit of two unimaginative elders, while William peered at the pages of the book. There were letters in the wrong places, but something about them seemed odd. There was only ever one to a page, and near the top, where they would be easy to find.

Grabbing a scrap of paper and a quill, William started noting them down. This looked like a code, and he could only think of one person who would put it there. If something was the matter with Mary then he desperately wanted to know.

“That’s it!” Davies screamed. “If you won’t come out then I’ll burn you out!”

A flaming torch sailed through the window and a junior printer rushed to douse the flames. Another landed on a heap of loose papers, which immediately ignited, sending men scurrying to beat out the fire. Smoke clouded the air, and there were sounds of violence from the direction of the front door.

Reaching a page without errors, William set the book aside and stared at the long string of letters in front of him: iloveyouwilliammckenziewillyourunawaywithmemary.

A quick slash of the pen divided them into words. His heart raced as the meaning sank in.

“What are you grinning for?” his father growled. “Grab a cudgel – our business is at stake!”

“Sorry, Pa.” Paper still in hand, William unbolted the shutters at the back of the shop and leapt out into an alley that stank of piss and pigs. He had never been happier in his life. “I’m off to business of my own.”

Copyright claims in 17th-century Scotland genuinely turned to violence at times, as well as many contentious legal disputes. Costs, profits and pride made for high stakes in the early days of print. Next time you see a video taken off YouTube for copyright infringement, be glad no-one got beaten up over it.

If you enjoyed this story then you might like more of my historical fiction – check out From a Foreign Shore, my collection of historical and alternate history stories, only 99c on Kindle.