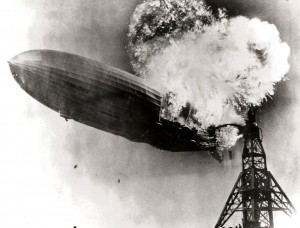 The Australian Outback drifted past below the airship, a vast wilderness that glowed with an amber warmth between patches of tenacious scrub. Bolted into the airship’s console was a part of that ancient world, a twisted branch painted in bright colours.

“Only you would do this.” Dirk Dynamo shook his head. “Cross a continent for an artefact, then stick it in your latest machine.”

“But look!” Sir Timothy Blaze-Simms’s top hat almost fell off as he leaned across a row of dials. “It’s like the stories said. The Dreaming Branch can see futures unfolding around it, telling us the most efficient course.”

Suddenly there was a hiss and the airship began to sink.

“I say!” Blaze-Simms yanked a lever and the hissing stopped. “The upper inflation valve must have slipped.”

Another hiss made him whirl around, stopping the sound by grabbing another lever. Then the hissing appeared again, and this time Dirk caught a brief flash of someone pulling a lever before they disappeared and Blaze-Simms turned to set things right.

“Stop that.” Dirk looked around the control room.

“When you give me the Branch.” A little woman with wrinkled brown skin, dressed only in a loin cloth, faced him from the corner. He could have sworn she hadn’t been there before.

“I don’t think so.” He strode across the room, but just as he reached her she waved a hand across her body, took a side-step and disappeared.

“Got you!” Blaze-Simms lunged at the woman as she appeared by the console, but she pulled a lever and disappeared once more, leaving him frantically trying to set things right.

“This is an outrage!” Blaze-Simms exclaimed. “Vandalism. Piracy, even.”

The airship was losing altitude now, heading fast toward the ground.

“All I want is the Branch.” The woman was by the window, smiling at them both.

“Well you can’t have it.” Blaze-Simms folded his arms indignantly. “I bought it fair and square from a man named Jeffrey Two Trees.”

“The Dream Branch is of the alcheringa, the eternal dream beyond our waking world.” An angry expression crumpled her face. “It wasn’t Jeffo’s to sell.”

Dirk had been slowly approaching her from one side, and now he leaped, hands outstretched. But again she waved her hand and reappeared across the room.

“I can do this all day.” She turned a wheel and the tone of the engines changed, the airship accelerating in its downward path.

“I can pay you for it.” Blaze-Simms pulled a wallet from his tailcoat pocket. “Cash or cheque.”

“No.” She pulled another lever, disappeared as Dirk grabbed at her, and reappeared to flick a switch. “I don’t know what any of these do, but I bet I’m breaking something.”

An ominous clang somewhere to the aft made Blaze-Simms grimace.

“Ground’s getting close,” the woman said. “I can dream walk away before we crash. Can you?”

“Tim, give her the stick.” Tension knotted Dirk’s guts. He’d escaped crashes before, but they were falling fast and a long way from help.

“Oh, yes.” Blaze-Simms pulled a spanner from his tailcoat, hurriedly unfastened the branch and threw it to the woman.

“Nice meeting you.” With one more wave she vanished.

The ground hurtling ever closer, Blaze-Simms rushed between levers and dials, turning, twisting and yanking until the airship levelled out. Dirk breathed a sigh of relief as they drifted a few feet above the outback.

“Sorry about your invention.” He looked over at the navigation panel, with its dead dials and the empty space where the branch had been.

“Hmm?” Blaze-Simms looked up from a notebook. “Oh, never mind that. Didn’t you hear what she said? She was dream walking, stepping from place to place through another realm. Imagine if I could make a whole airship do that!”

Dirk stared out the window at the little old lady waving up at them. He couldn’t see her teaching Blaze-Simms her secrets, no matter how big the cheque.

Today’s story isn’t the only one in which Dirk Dynamo and Sir Timothy Blaze-Simms deal with airship piracy. You can find them fighting to control a pirate airship over the Atlantic in ‘A Wind Will Rise’, my contribution to the Avast, Ye Airships! anthology, out now. And if you would like to see them fight giant rats or the preserved head of Leonardo da Vinci, why not read Riding the Mainspring, free to anyone who signs up to my mailing list.