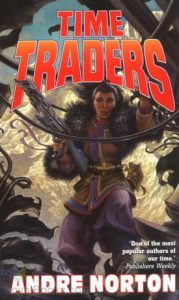 What do you think about novels being re-written?

I recently read The Time Traders by Andre Norton, a book from the 1950s that the author re-wrote decades later. Given the Cold War setting of the original, I’m sure it made a lot of sense to Norton to re-write it, as a way of keeping the book accessible and relevant.

It’s something Tolkien also did with The Hobbit, re-writing it to match events in The Lord of the Rings. The revised version is generally accepted as better – I don’t know if that’s true or not of The Time Traders.

We expect novels to be fixed once they’re written, but quite a lot see variations as they’re republished. What do you think of this? Do you like it when writers revise their work, or would you rather they left it alone and created something new? Are there re-writes you particularly like or dislike?