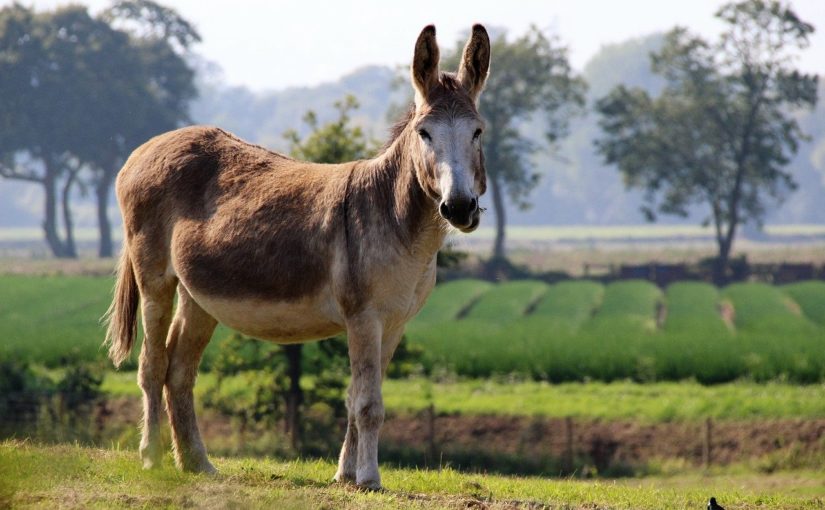 Sharru and Little Foot, his trusty mule, had just emerged from the river when the bag fell with a crack against the rocks. Perhaps the current had somehow loosened the straps. Perhaps Sharru hadn’t bound them properly. Whatever the cause, he felt a sense of horror at the sound.

That bag was the most precious thing he carried. More valuable than the supplies for their journey or the token that would see him served at relay stations along Assyria’s great roads. That bag held his duty.

He opened it with trembling hands and looked inside. Sure enough, the clay envelope was cracked. He had broken the message he carried between the Great Ones.

Unable to bear the sight, he closed the bag. In twenty years of service as a courier, he had never once broken a message. What would they do to him?

He tied the bag back into place, pulling each knot so tight that he felt the rope scraping on his hands. Then he climbed onto Little Foot’s back and they continued along the road.

Sharru imagined Tukulti, the man who ran the next relay station, a man with a belly big enough to match the importance of his job. He would be fuming when he found out what had happened. Would he beat Sharru himself, or would he call for soldiers and have him dragged away? The Great Ones’ messages were a sacred trust, a thread holding civilisation together, now broken by Sharru.

Despite Little Foot’s reassuring snorts and steady pace, Sharru couldn’t keep his mind on the mule or the road ahead. His eyes kept falling to his message bag. It was like a scab over a painful wound – he knew that he should leave it alone, and yet he couldn’t help wanting to pick at it.

He should leave it as it was, get to the relay station and hope for the best.

And yet he found himself opening the bag and drawing out its contents.

The envelope was cracked along one side but had not yet split in two. The tablet within remained concealed.

Sharru had never seen one of the actual tablets, though he had carried thousands back and forth along this road, all wrapped in that outer layer of clay. What might it say? Orders for soldiers at the frontier perhaps, a request for supplies to the capital, maybe even something about how the messengers were to be run. Could it be announcing a royal tour or the start of a war?

His fingertips ran across the surface, nails digging into the crack in the wounded clay. The damage was done already, his career over. Why not go all the way, break the seal on the envelope and see what was inside? After all these years, didn’t he deserve a look?

Little Foot snorted and shook his head. A fly buzzed away.

Sharru sighed and slid the tablet back into his bag.

He leaned forward and rubbed the mule’s head, just behind the ears. Being parted from Little Foot was the worst thing he could imagine. Never hearing that familiar snort again, never knowing the rhythm of those hooves. The mule was getting on now, just as he was. Maybe, if he was very lucky, they would get rid of Little Foot when they sacked him, and the two of them could leave together, go to his brother’s farm and live out their days in peace.

More likely they would be torn apart and he would be beaten for failing the Great Ones.

The relay station was up ahead, a clay brick building by a fork in the road. Sharru wanted to slow down, to put off the inevitable, but he didn’t want to spoil Little Foot’s pace.

As they reached the building, Tukulti came out to greet them.

“Got something for me?” he asked, holding out a hand.

Sharru sighed, took the clay envelope from the bag, and handed it over.

“Feh.” Tukulti waved a hand dismissively. “It’s just a crack. Happens to everyone from time to time. As long as it’s in one piece, we’ll be fine.”

“But my sacred burden, my duty to the Great Ones…”

“The letter’s in one piece, right? That’s all that counts. Now come on in, we’ll pass this to the next rider and you can put your feet up.”

Sharru felt like he was floating in the air. He turned to Little Foot with a grin.

“Did you hear that? It’s going to be alright.” He patted the mule’s nose. “Let’s go find you some food.”

Not for the first time, the inspiration for this week’s story comes from Ben of the Crudely Drawn Swords podcast, who told me about the ancient Assyrian mule mail service. You can check out Crudely Drawn Swords on your favourite podcatcher and find Ben’s tweetings over here.