The funeral left Steve feeling hollow. Not grief stricken and lonely like his father. Not laughing at happy memories like his mother had wanted. Just empty, like his heart had been eaten away by her cancer. He longed to cry or laugh or do anything that made this feel real, that made it seem like this moment would pass. But there was nothing.

As soon as he could he ducked out of the church hall, past the trays of limp sandwiches and his cousins smoking by the door. He nodded acceptance of their condolences, climbed into his four-by-four and drove.

He travelled in silence. No radio. No CDs. Just the rumble of the engine. He wasn’t going to the office – his mother had always said he spent too much time there. And he couldn’t face his own house, still half-empty a year after Jen left.

Instead he found himself in front of his parents’ house. He parked and walked inside on autopilot, found himself standing in the kitchen, kettle in hand, halfway through making a cup of tea he didn’t want. His eyes were caught by the cookery books beneath the window. The largest and most battered was an old hardback notebook, the one his mother had inherited from his grandmother and that she had kept adding to over the years. The one she had said should be passed down to him.

He pulled out the notebook, fingered its brown-edged pages that smelled of flour and spices, hoping it might stir up his feelings. The recipes were full of his mother’s little jokes.

‘Add a teaspoon of joy.’

‘Mix with two measures of love.’

‘Just a pinch of sorrow.’

But though every recipe contained an emotion, still nothing stirred in Steve’s heart.

He stopped at a fruit cake, one she had made every Easter. She only went to church at Christmas, but something about Easter had mattered to her. When he left home Steve had copied out that recipe so that he wouldn’t miss his mother’s Easter cake. Though it never tasted quite right it was a reminder of her love.

He needed that reminder now. 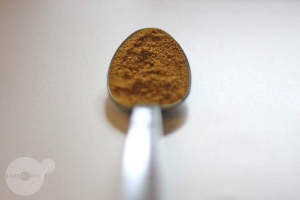 He rummaged through the cupboards for sultanas and flour, beat eggs, stirred it all together.

He ran down the ingredients again. One line caught his eye.

‘A pinch of sorrow.’

She had always treated those parts so seriously, and he had always ignored them as a strange little joke. But today of all days he wanted to respect her. So he felt inside himself, found the small pinch of sorrow that was all he could feel, and imagined adding it to the mix as he stirred.

Still nothing. He knew it even before he dipped his finger in the thick batter. The whole thing was just another hollow gesture, like the party at the church, like watching her coffin go into the ground.

He suddenly felt foolish, stood here with a bowl of cake mix when he should be mourning. Why couldn’t he even cry?

Filled with frustration he flung the bowl at the wall. It shattered, spattering the paintwork with sticky blobs, shards of glass tumbling to the floor. He sank down onto cold tiles, staring at the mess.

As if released from the ruins of the bowl, a memory came back to him. Squatting on this same floor when he was young, made to sit quietly after fighting with his sister, he had watched every movement his mother made. As his own anger passed he somehow knew that, even when she told him off, his mother still loved him. He watched her as she made that cake. Weighing out sugar, sifting flour, adding raisins. Even the gesture she had made when she came to the pinch of sorrow, like twisting a dial in the air. The same sign his grandma made for good luck or to curse the neighbour’s cat.

He hadn’t thought of that movement in years, but something stirred inside him. Perhaps it was the memory of his mother’s smile. Perhaps it was the way that cat had disappeared, or his grandma’s runs of luck on the bingo. It might just be superstition and desperation, but today the little things mattered.

Steve took a fresh bowl from the cupboard, set to making the cake once more. Weighing, sifting, stirring.

When he came to that instruction, ‘Add a pinch of sorrow’, he twisted the air in that old gesture and thought of what he had lost. Of his mother growing frail in a hospice bed, her flesh fading with her spirit, but the light still bright in her eyes.

Sorrow sprinkled from his fingers, glittering as it fell through a shaft of sunlight and settled in the bowl. With a sense of wonder Steve stirred it in, then dipped his finger and tasted the mix.

He trembled at the perfection of its flavour. Tears poured down his cheeks as grief shook him, grief and gratitude for the woman who had brought him into the world, who had raised him for all those years, and who had left one last lesson in her parting.

Steve tasted sorrow, and knew it would pass.

For more Flash Friday fiction, as instigated by Lisa Walker England, check out the #FlashFriday hashtag over on Twitter, or read some of my previous efforts.

If you liked this story then you might also enjoy my collection By Sword, Stave or Stylus, available now on Amazon and Smashwords and only 99c until the end of this weekend.