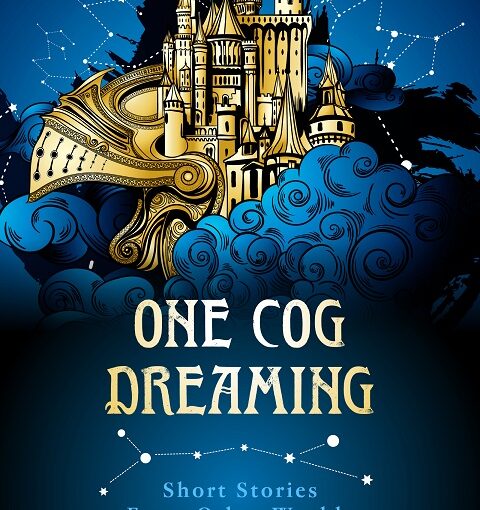 A shipwrecked sailor hunting for a way home from a land of talking animals.

A rebel desperate to carve out her own path in a steam-powered city.

A casualty from the trenches of World War One looking for a reason to live.

A time traveller seeking knowledge in the past while trying to protect history from the future.

Meet all these people and more in fifty-two short stories, ranging from the ancient past to the far future and into words utterly unlike our own.

My new collection of short stories, One Cog Dreaming, is out today in all the regular e-book formats. Collecting all the stories I published on this blog last year, it’s a journey through fantasy, history, steampunk, and science fiction. So if you missed some of those stories, if you’d like them all together in one place, or if you’d just like to chuck me a couple of dollars to say thank you for the entertainment, then please go grab a copy today.

Commas are weird. Using them correctly is partly a matter of good grammar, but it’s also a stylistic thing. Laura’s been picking me up on my over-use of commas lately, playing the role of the good proofreader. But I used to be even worse, as I realised doing some final proofreading on From a Foreign Shore (out on Monday – very exciting!). The first story in that collection, ‘Holy Water’, is one of the oldest stories that I’m re-publishing and it shows. I kept finding excess commas scattered through the text, which I’m now hastily purging. It’s too late to stop a couple of reviewers and early readers seeing my grammatical faux pas, but electronic self-publishing means that I have enough control to stop it at that.

Of course this is also part of the iterative process that is learning to do an independent ebook release. This time I’ve left myself enough time for that extra re-read, and even contacted reviewers, neither of which happened with Riding the Mainspring. Hopefully next time around I’ll do those corrections before seeking reviews, and request the reviews far enough in advance to be ready for the release date.

Life is all about learning. What matters isn’t doing things perfectly, it’s doing them better than last time, and on that basis my book release process seems to be heading in the right direction.

Now excuse me, I have more commas to purge.