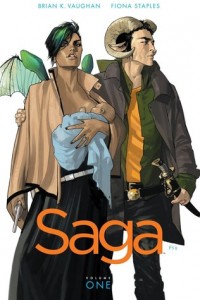 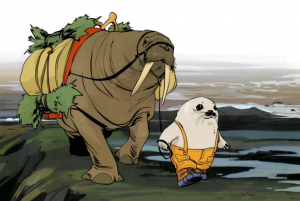 This Is Not the War You Were Looking For

We Stand on Guard is set a century from now, and tells the story of Canadian resistance fighters struggling against an invasion by the USA. That’s an unusual and intriguing idea. It’s an unexpected underdog story, with giant mechs thrown in for good measure.

And lets be honest, I think most of us outside the USA feel somewhat intimidated by that country, even a little trodden upon as we see our governments, economies and cultures drift ever further into the thrall of American dominance. The idea of America as a bullying invader has an immediate resonance, fairly or not, and the idea of watching plucky underdogs fight back against dastardly Yanks will have many of us cheering in the aisles of our comic shops.

I know, American readers. It’s not entirely reasonable or fair for us to view your nation this way. But think of it like this – usually Americans get to be the goodies. Why not mix things up this time?

Though I’ve never been there, there’s something hugely appealing about Canada. It seems like the USA’s more mature, thoughtful sibling, rugged and polite but living in the shadow of its sister to the south. Sure, I hear the name and I instantly start humming the ‘Blame Canada’ song from the South Park movie, but that’s doesn’t mean I can’t take a serious interest in the place too, so Canadian protagonists biased me in favour of the book.

But what really won me over was how well these characters are written. We don’t meet most of the resistance fighters until halfway through the first issue, but they’re a varied bunch, well enough written to make several of them stand out in the space of only a few pages. Actions speak as loud as words, and writer Brian K. Vaughan lets those actions show character almost as much as the dialogue does. I want to spend more time with these people. I want to see their struggle, not because I fear the stars and stripes, but because of who these characters are.

I also have to mention Steve Skroce’s art, which brings the characters and scenery to life. There were a couple of panels early on that felt awkward to me, but once the story got going his art really flowed, full of life and character.

Lets finish with the Canadian national anthem, as sung by the country’s most exuberant son.