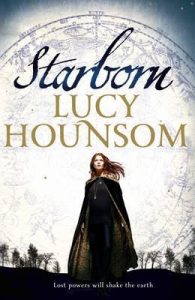 I’ve been reading Starborn by Lucy Hounsom. I’m really enjoying it, not least because it’s challenging my understanding of a trope I hate – the chosen one.

I hate chosen one narratives for a bunch of reasons, but they boil down to determinism. If someone is genuinely fated to save the world the day, then their choices don’t matter to the outcome and neither do the actions of anybody else. It has been ordained that the chosen one, and nobody else, will thwart the villain. Free will is lost, as is some of the tension of not knowing the result.

This isn’t an absolute, and there are plenty of stories I enjoy despite having a chosen one (well played J K Rowling), but in general, it’s a trope I dislike.

Now I’m not sure where it’s boundaries are.

Starborn‘s protagonist, Kyndra, isn’t labelled as a chosen one. There’s no prophecy – at least none I’ve found in the first 400 out of 500 pages. But the way the story works is very much a chosen one narrative. Kyndra clearly has potential no-one else has. She’s set to wield powers no-one else can. That alone will make her the one who has to save the day.

At this point, we’re into a softer sort of determinism. One where, even without prophecy, Kyndra’s uniqueness ensures that only she can solve the world’s problems. One in which the other characters risk becoming set dressing, people whose actions will make no difference to the end result.

Noticing this got me asking other questions. It’s not uncommon for a character’s unique set of skills to make them the one to save the day. Is that a sort of determinism, or were there other options for a win? If one character is far more skilled and powerful than others, how far can the actions of the others matter? Is the gap between the deterministic world of the chosen one and stories of free will really all that clear?

I don’t have answers. I’m only just starting to consider this one. But at the very least, it’s fuel for thought.

Meanwhile, I’m eagerly waiting for Kyndra to save the day. Because I may hate chosen ones, but I like a good yarn.