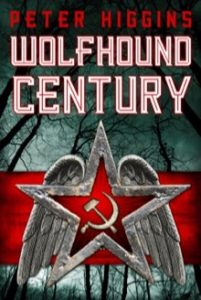 Few things are more divisive among science fiction and fantasy fans than the way we view ourselves. It’s a situation embodied in attitudes to The Big Bang Theory, the sitcom about nerdy academics and their socially more capable girlfriends, whose continuing existence for another bazillion episodes (give or take) was announced last week.

This geek is too geeky

I have to admit to a fondness for The Big Bang Theory. It’s a competently executed American sitcom that slides easily across the brain, letting me switch off and relax for twenty minutes. I feel a small in-group thrill at recognising nerdy references in the dialogue. When I want to completely unwind, not to challenge or strain myself in any way, this is the sort of thing I’ll go for.

I know plenty of people who love the show, but I’ve met others who hate it. They consider the characters too extreme or stereotypical a depiction of nerd culture.* They feel as if ‘we’, that sprawling mass of fandom, are being insulted because the show is about laughing at these characters.

This geek is too pretty

On the other hand, I’ve heard mutterings about spy comedy Chuck that go the other way. That Chuck, like some other Hollywood characters, is a geek in name only, that despite his video games and his Tron poster he’s a pale imitation of the nerd other characters often label him as. Complaints at this seem to be about under-representation, writers stealing the label and garb of nerdery without paying adequate acknowledgement to what ‘we’ are really about.

This geek is just right

You’ve probably guessed by now that I find both viewpoints daft. Sure, neither show is a perfect depiction of what’s now a vast globally networked subculture or the people within it. And they’re not going to be a perfect depiction of you and your friends, whoever you are. But together they show the normalisation of hobbies like video gaming, comic book reading and even Dungeons and Dragons. They may poke fun at them, but it’s done with a little affection and a whole lot of attention.

If the geek really are going to inherit the Earth (I certainly intend to) then we’re going to be depicted in all sorts of different ways. They won’t always be complementary, they won’t always be true to life, but that’s true of any cultural depiction of anyone. At least they’ll be out there and that level of representation, to me, feels good.

*Yes, I know, it’s a terrible and meaningless label, but it’s the one I have handy.