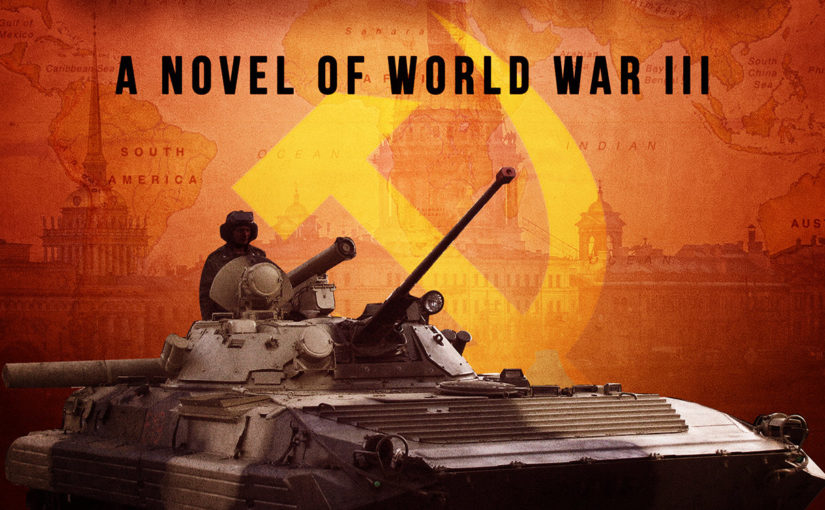 The Bear’s Claws is an unusual book for me. I guess it’s an unusual book full stop, a story of a war that never happened, concerned as much with the politics and traumas of that war as with its action. It’s picking up the “what if World War Three comes?” genre that was popular during the Cold War and running with it, even though we know that war never came.

So where did this book come from? And what did we do to make it stand out as something different?

The Origins of the Story

This story starts out in the real world, with my friendship with co-author Russell Phillips. Russell and I have known each other for over twenty years now, ever since they came to Durham to visit their partner, who was part of the same live roleplay club as me. We got to know each other through games and student socialising, then went off our separate way, as often happens.

Years later we reconnected over writing and became accountability partners, meeting online once a month to check in on progress, celebrate our achievements, and push each other to write more. Russell has done a lot to keep me motivated over recent years, and I like to think that I’ve done the same for them.

Russell and I write in very different genres. While I’m away in my imagination creating worlds of fantasy, steampunk, or science fiction, they’re grounded in reality, writing non-fiction about military history and technology. But we were keen to collaborate on a book and so Russell came up with an idea.

We would write a story set during the Cold War, using the technology and tactics he was familiar with, but altering history, creating something that headed away from reality. We’d both enjoyed Tom Clancy’s Red Storm Rising, the best-known story about a Cold War turned hot, and it was the sort of story we were both interested to tell. Between Russell’s technical knowledge and my creative writing, we felt we could create something cool.

The seeds of the story came from Russell. While there’s a whole sub-genre of books telling Cold War turned hot stories, they wanted to do something different from the rest. They wanted to tell the story from the Soviet point of view instead of the Western one. It would give us a different angle and a unique hook with which to entice our target audience.

And so a story was born.

Both Russell and I have an unusual perspective for people writing war stories. We’re lefty, liberal, pacifistic types who would rather everybody just stopped shooting each other, but we were also raised on war stories and feel the thrill of those tales. Personally, I’ve never been near war but I know plenty of people who’ve served in the military, and respecting their perspective and experiences is important to me.

This creates a difficult balancing act. Writing a war story that will show the skill and courage of individual combatants while trying not to glorify the war itself, trying to get away from narratives of good guys versus bad guys, is difficult, especially in a conflict as ideologically charged as this one.

To that end, The Bear’s Claws tries to show different sides of its characters’ experiences. There are moments of skill and daring, but there are also more troubling ones. There’s sudden and arbitrary death, soldiers struggling with the trauma of war, problems of discipline and corruption. Most of all, there’s the experience of war as an ideological challenge.

As Vladislav Rakovich and his men head west, they find that neither the world nor the war they’re fighting in is as they were promised. While the outcome of the war is a central question of the book, so is the outcome for Rakovich. Can he hold true to his beliefs as his world is shaken? Should he?

The Other Side of the War

When Russell sent me their first draft for the start of The Bear’s Claws, I found something surprising – a scene away from the war. Following Rakovich’s sister Anna, this showed reactions to the war back home in Leningrad.

When I started expanding out a plot from those starting scenes, the strand around Anna grew. She provided an interesting contrast with her brother, as well as a different perspective on the war. After all, wars transform nations, even away from the fighting front. Politics, industry, culture, it’s all affected. The history of a war isn’t just military history.

Anna’s strand is about rebellion and resistance. Looking back, we know that the Soviet system was on its last legs in the 1980s, but at the time that wasn’t clear. Speaking out against the government was dangerous, and that’s the risk that Anna eventually takes.

Writing this section let me get into one of the great issues about how societies respond to war. There are many examples that show nations pulling together, with an external threat used to distract people from internal dissent. But other examples also exist, most notably in the latter half of the First World War, when the strains of war encouraged revolution. So do wars inherently pull people together, with only defeat undermining this effect, or can they go the other way? Can war become an opportunity for dissent?

We decided to go with the path of revolt. This was partly a storytelling choice, to create drama in the home front chapters. But it’s also a reasonable speculation based on the state of the Soviet Union in 1982. The strains of a broken system were starting to show. It’s not impossible that people would have taken a great disruption as an opportunity to push for change.

The Bear’s Claws is an unusual war story in a lot of ways. It’s co-authored. It’s about a war that never happened. It walks a delicate line in its treatment of war. It’s a war story that’s also about the civilian side.

It’s not a book that’s going to be for everyone, but if any of this has intrigued you then you can find it as an e-book in all the usual stores or as a print book from Amazon.