I’ve been playing a lot of Fallout 4 recently, and I’m starting to hate the protagonist’s motivation.

In case you aren’t familiar with it, Fallout 4 is set in a post-apocalyptic America with a 1950s vibe. It’s an amazing looking game that lets you interact with a fascinating world, just roaming around, exploring, talking with the people who inhabit it.

That’s where the problem with the motive comes in. As the protagonist, you’re meant to be rescuing your son who has been kidnapped. That’s powerful stuff. It makes sense that, as a parent, you’d be completely focused on that task, to the exclusion of all else. It provides the core for a tense, compelling narrative.

But this is a big sandbox game. I want to wander around, get into conversations and side-quests, rebuild settlements, flirt with the scrappy journalist, upgrade my guns, maybe cook some radstag stew. I’m avoiding the quest for my son because I know that, if I follow it, that will drag me at speed towards the end of the game. I don’t want that end. I want to take my pet dog out hunting molerats.

The result is that, if I step back and think about my character, I realise he’s a terrible person. His wife has just been killed.* His son has been carried off by terrible people. And his response is to wander around, eyeing up the scenery, collecting random junk and chatting with strangers. He should be putting all his energy into saving his family, and most of the time he doesn’t even think about them. I’m trying to play as a good guy, a character rebuilding civilisation, but in the context of the plot my priorities are monstrous.

It’s like those moments in films where the lead characters stop to kiss at the height of the action, and you’re sat there thinking “stop wasting vital seconds – there are lives at stake!” It makes dramatic sense, but not human sense. Their motives to press on have been made too powerful for them to do what the writers want.

In terms of writing, I’ve taken a big lesson from this – strong motives are good, but make sure they aren’t so strong that they’ll outweigh everything else you want to include. In Fallout 4 though, I’m going to stick with being an inconsistent monster. I’m enjoying my wanderings too much not to.

I love writing for a living. Despite that, I’ll occasionally have a bit of a moan about the work, especially my monthly gig writing management theory articles. But the truth is, I enjoy thinking a bit about management, for the same reason that I watch some YouTube shows about computer games, even though I hardly ever play computer games.

It’s because of the other issues they bring up.

Both computer games and management are, in different ways and for different reasons, fairly new areas of study. Management theory has a few more decades under its belt, but neither was considered a serious subject of study a hundred years ago,* and some people still don’t treat them seriously now – my dad is endlessly surprised to hear that I can find six management topics a month to write about, despite the huge wealth of books, blogs and academic departments dedicated to the subject.

This makes these fields fertile areas for innovative thinking. There are relatively clear lines drawn around maths, history, English and other traditional disciplines. Cross-disciplinary work exists, but the central core is fairly solid and stable. Management and computer games, on the other hand, are built around borrowing ideas from other disciplines and mashing them together to see what works. That means they also produce insights that can be useful for other areas. For example, the recent furore over gender representation in computer games raises serious questions about what is and isn’t acceptable in society at large, about what free speech means and about how people respond to change.

This means that, when I sit down to read the Harvard Business Review blog or watch an episode of PBS Game/Show, there’s a decent chance that I’ll stumble across something that’ll inspire me in other areas of my life, and that will be interesting not because of the small extent to which I’m into management or computer games, but just because I’m a human being and this stuff is inherently fascinating. Sure, sometimes there’ll be things I don’t care about, like an interview with a hedge fun manager or a talk about why the Mario franchise is popular. But more often than not, I’ll find something that justifies the time.

I like that we have these fluid, open areas of our culture, and I suspect that they’re capable of faster innovation than more traditional fields. But most of all, I’m just glad there’s so much interesting stuff in the world. And if the stuff I’ve said has got you even a little intrigued then go browse the Game/Show videos, look for a title that sounds interesting, and give it a watch. They’re usually 5-10 minutes, and often get into fascinating areas of psychology and cultural theory. Great stuff.

* Yes, I know, one of them didn’t even exist then, and that feeds into my point.

I had a couple of moments yesterday that reminded me of the immense power of human creativity and just how awesome that is.

One was posting yesterday’s flash fiction story, ‘Love That Never Lived‘. Months after first writing this story it still churns me up inside, and that’s hardly surprising as my rawest emotions that went into it. But I also got some really touching responses from other people who had been moved by the story. It’s hardly news that a good story can move us to joy or sorrow, but it’s worth being reminded. 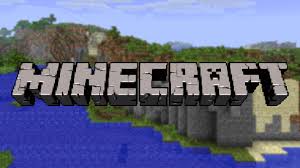 Then in the evening I was playing the computer game Minecraft, which I’ve just got into this week. I was building a tall tower to that I could see the surrounding area, and building this tower involved standing on the edge and seeing the surrounding landscape from my character’s point of view. Looking out from up there I found myself suffering a moment of honest to goodness vertigo. Just looking down, realising my character could easily fall and be badly hurt or killed, brought up the same feelings I get if I look down from a tall building. It was absurd but strangely powerful, as if the combination of perspective and movement in the game made it real despite the blocky, cartoonish visuals.

If we ever need a reminder that all forms of creativity are equally worthy of the label of ‘art’, or that they can be powerful forces and not just escapism, it’s moments like this.