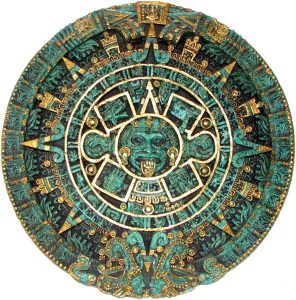 “…and so, just as the power of the divine Sun shines upon the heart of our emperor, so too does shine upon our hearts from here, the most sacred of temples.”

Titu smiled as he finished his speech. Dozens of children looked up at him, wide-eyed. It was a perfect moment, the sunlight blazing from the gold plates on the great temple of Cuzco, bathing them in that divine glow. The noise of the city seemed to fade away, leaving only Titu, these youngsters, and the ever-present gods.

“Now thank the priest for his time,” said one of the mothers.

“Thank you,” said a chorus of infant voices.

One little boy reached up to grab at Titu’s layered robe.

“So you should,” said Titu. “Service to the divine Sun is a noble thing.”

As the children were led away, the high priest approached. His expression was grim.

“A runner has arrived,” he said. “You’ve heard about these outsiders, these so-called Spaniards who seized the emperor?”

“Of course,” Titu said. “Soon, the gods will punish them for their transgressions.”

“Perhaps,” the high priest said. “But for now, some of them are coming to Cuzco. The emperor has ordered us to let them take the city’s gold.”

Titu frowned. “He is giving them the holy metal?”

“All of it,” the high priest said, looking up sadly at the embossed gold panels of the temple.

“No,” Titu whispered. The gold was a conduit between the people and the divine. To let these outsiders take it would be to cut off the Incas from the creator of all things. “It can’t be.”

Titu’s palm was sweaty. He wiped it on his priestly robes, then took a firm grip around the war club he had borrowed from a neighbour.

The Spaniards had arrived. Three of them, each carried on a litter by royal slaves. A vast crowd had gathered to see them and Titu had to push to get near the front.

The strangers had stopped. They were doing something with square white leaves beside a pack llama. This was his chance.
“This has to be stopped,” Titu announced, stepping forward.

He tried to raise the club, but someone had grabbed hold of his arm. He turned to see the high priest beside him. There were others as well. They wrenched the weapon from Titu’s grip and dragged him back through the crowd.

“What are you doing?” he said. “We can’t let this sacrilege continue.”

“If we don’t, then they will kill the emperor,” the high priest said.

“Cut us off from the divine and we are as good as dead!” Titu struggled against the hands holding him. He kicked the high priest in the crotch and the old man doubled over in pain. Titu almost managed to squirm free, but other priests were holding him. Now they had his legs as well.

Desperately, Titu struggled against them. Everything he loved was about to be ruined. The beauty of the temple defiled by these greedy foreigners.

Over the heads of the crowd, he saw the three Spaniards ascend the platform at the foot of the temple. One of them gave a speech in their ugly, unintelligible language. Then they thrust bars behind a gold plate and heaved.

An exquisite sheet of embossed gold fell to the ground with a clang. The crowd gasped. Titu wept and wailed.

As he watched, they tore off another sheet, and another. Slaves arrived to carry the gold away, piling it up in baskets for the strangers.

Nobody tried to stop them. The whole city just watched in stunned horror.

Titu had gone limp, exhausted from crying, too tired to struggle. His fellow priests let him go. None of them looked him in the eye.

A little boy looked up at Titu.

“Does the divine Sun still shine on our hearts?” the boy asked.

Titu shrugged off his layered, priestly robes, the costume of a caste who had abandoned their mission. Dressed in nothing but a loincloth and sandals, he turned to walk away.

“Does it?” the boy asked again, his voice trembling and urgent.

With heavy steps and a heavier heart, he walked away through the crowd.

Behind him, the clang of falling metal echoed through the streets.