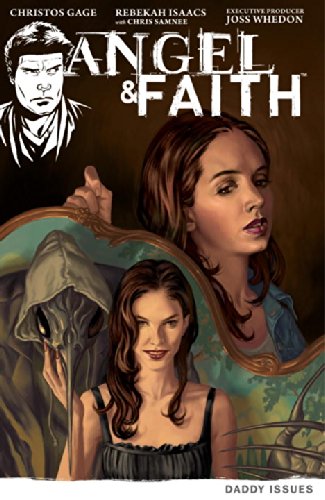 Writing Excuses continue to provide excellent writing advice and interesting exercises through their podcasts. And so I keep beavering away at the exercises, and where possible using them for work in progress. This week, I’m working on book three of the Epiphany Club series, Aristocrats and Artillery, using the exercise from episode 10.19:

Write dialog in which each of the speakers has a different subtext and motive. Without explicitly stating those, try and make them clear to the reader.

This dialogue is between Isabelle McNair, adventurer and scholar with the Epiphany Club, and Louis, the King Under Paris. Prussian forces are invading France, Napoleon III has been overthrown, and the war is approaching Paris…

“Your Majesty.” Isabelle curtsied before the King. “So good of you to see us again at this difficult time.”

“Indeed.” There was a secretive little smile at the corner of Louis’s mouth. “The Prussians draw ever closer, and we both know that a republican government cannot stop them.”

“A situation which only makes my plea more urgent.” She rose and looked him in the eye. “Paris is full of priceless artefacts, sources of knowledge that might be endangered by the war.”

“Or by the ignorance of the Prussians.” Louis nodded. “Take this for example.”

He drew back the cloth on the table next to him, revealing a stone tablet. A tablet like the two in Isabelle’s room back at the hotel, packed and ready to depart. This time he favoured them all with his knowing smile.

“To some it just looks like a rock.” The King ran a finger across the engraved surface. “But to persons of learning it could be a source of great knowledge.”

“Indeed.” Isabelle’s voice remained remarkably calm. “We should ensure that it is safe.”

“We should ensure that the whole city is safe from the invaders. And for that I need all the support I can muster.”

“You will need supporters abroad.” Isabelle made a small gesture with her hand, taking in all three members of the Epiphany Club. “People with influence in foreign governments. Respected organisations that can quickly win diplomatic support for your regime.”

“And I would reward such friends greatly.” The King smiled and pulled the cloth back across the stone. “Once my city and my country are secure.”

So, readers, what did you think the characters’ motives and subtexts were in that conversation? Is it clear, incomprehensible, actually a little too obvious? Please let me know how I’ve got on.

It can be difficult to get a character’s inner voice out. With books and short stories we can at least put thoughts straight onto the page, though that can sometimes be overly expository or slow down the pace. And for films and TV it’s even harder – characters’ attempts to express their emotions, to tell us what the writers want us to know of their inner state, can seem very forced. But this week I was struck by a particularly good example that uses varied approaches.

In case you don’t know it, Dexter is a drama about a serial killer who only kills other serial killers. He’s a dark character who has trouble addressing his own thoughts and feelings. The actor can’t always show them on Dexter’s face because he’s a sociopath hiding what feelings he has from the world. But that’s awkward, because Dexter’s inner workings are central to the show.

They get round this in three ways – through ordinary dialogue, through Dexter’s inner monologue, and through the speeches he gives to his victims.

The dialogue is the most standard tool, and applies more to the other characters than Dexter himself. The writers, and the actors performing their words, do a good job of showing rather than telling what’s going on with a character. Someone who’s on edge won’t say they feel on edge, they’ll snap and snarl at people around them. It’s a standard approach, one every writer needs, but it’s easy to forget how hard it is to get it right. And they get it right.

Every episode we get to hear Dexter’s thoughts. Not the chaotic jumble of natural human thinking, but an organised monologue about things from his past and what he feels about his current situation. Dexter addresses the audience directly, letting us know where he’s at. Done badly, this could just be crude exposition, but here it adds depth to proceedings, showing what can’t be seen on the face of a stone cold killer.

Ed Brubaker and Sean Phillips have used a similar technique in some of their comic collaborations, such as Sleeper and Criminal. As well as illustrating a character’s thoughts and feelings this sets up dramatic ironies, with thoughts and visuals in contrast.

There’s show going on as well as tell. Dexter doesn’t always tell us that he’s conflicted over something – as with other dialogue, often he’ll give us just enough to work it out for ourselves. And when he tells us something directly, it’s a way of bringing things together, of highlighting a theme and clarifying an episode’s message.

Dexter’s speeches to his victims have something of the super-villain monologue to them, explaining what he’s doing and why. But they don’t feel forced or unnatural. The writers have created a character who needs to vent in this way, and then given him an opportunity to do so.

And of course there’s some show as well as tell here, as Dexter’s inner life becomes more complicated, so his relationship with his victims becomes less straightforward.

The spice of life

The writers of Dexter have created a problem for themselves, and then solved it in a variety of ways. It’s part of what keeps the show fresh and interesting, and I find it a useful example to examine. Which thoughts and feelings are expressed in which ways can be as telling as the words themselves. It’s inspired me to think hard about how I show characters’ inner states.

What do you think? Are there other examples that are good at this, in books or on the screen, or that get thoughts out in other ways? Let me know in the comments – I’m always interested to have more ideas.

Distinctive voice is an important part of defining a character, especially in the limited space of a short story. The pitfalls of this became all the more apparent when, in a crude attempt to make characters more distinctive, I used accents in a story. The results were questionable at best. So I asked people on the Writing Excuses forum for tips on writing distinctive voice. I got a variety of answers, which were all helpful but also interesting for the different approaches they took to a writing problem.

Some people approached the problem head on, as I had. They came up with solutions like word choice, grammar and pacing. The sort of tools I was kind of aware of, and should use more, but that can be hard to spot or to keep in mind when I’m in the flow of a scene.

Then there was thinking around the problem. The person who approached it this way suggested two techniques. Firstly, thinking about body language and non-verbal communication as much as dialogue, considering the character’s wider communication as a way of giving them voice. And secondly, throwing them into an argument or conflict to see how their voice works. Essentially writing your way into the character’s voice rather than defining it and then writing.

The third approach was to think behind the problem. Pick an actor or someone you know and give the character their mannerisms. This gives the character behind the mannerisms more definition, adapting a pre-defined voice from someone who evokes the sort of response you want from your readers.

These are all useful tools for writing, and I’ll give them all a go over the next few months. But I’ve learned more from this exercise than a few ways of defining voice. I’ve seen different approaches to solving writing problems, different ways of thinking that I can apply when looking for solutions myself. The head-on approach, thinking around the problem, and looking behind it.

Thanks to the folks on the Writing Excuses forum – edonil, Carcinios, Thought, Hodor and variety.of.passions – for sharing your wisdom.

Do any of you have tricks for defining character voice? Or particular ways of approaching writing problems? Please let me know in the comments – I can always use more inspiration from you lot.