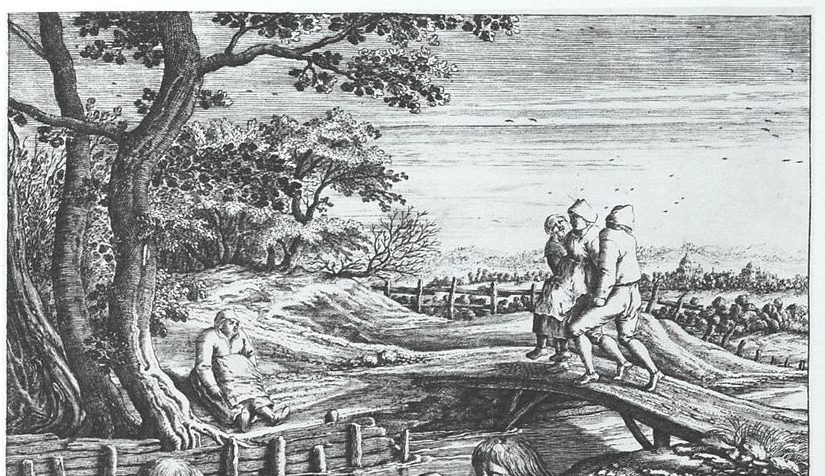 “This is nonsense.” Lukas glared at the people dancing uncontrollably in the street. “They’ve not caught some curse or disease, they’re just after attention.”

One of the dancers came closer. His tunic was dark with sweat and his shoes worn through until his feet bled. The expression on his face would have been one of horror if not for the placid, distant staring of his eyes.

“Dozens of people dancing like this for weeks,” Heinrich said, backing away from the man. “Some collapsing and dying. Surely this is a sign from God?”

“You’re just encouraging them,” Lukas said. “When will you all accept that this is nonsense, so that it can end?”

He turned on his heel and strode away.

All through the summer of 1518, Strasbourg’s streets had been blighted by the dancing plague, people breaking into wild fits of movement in which they paused only for sleep, apparently unable to control themselves. He had said from the start that it was nonsense, yet the so-called victims had been encouraged, even put on display in hopes of ending the curse. All that had done was encourage more. It was a disruption to good business and good order.

He reached his home and went inside. The wool trade had been good to Lukas, and he had a large house with two floors and three rooms on each. A bedroom for him and Bertha, another for the children, and a counting room, as well as the kitchen and space for a servant. Quieter than when he’d shared a place with his old master, but a far better reflection of his worth.

He stopped just inside the house and stared, his whole body tense.

Bertha stood in the middle of the room, dancing uncontrollably.

Lukas pulled himself together. His brow furrowed and he let out a derisive snort.

“I said stop.” He grabbed her arms and turned her to face him. The beauty of her face had become twisted by that distant, horrified expression he had seen on others. Her legs kept twitching even as he lifted her up.

He put her down. She danced around him and out the door, her green woolen dress swirling around her.

“You’re better than this,” he cried out as he ran after her. Neighbours looked up as they passed, some with sympathy, others with smug satisfaction.

“You’re a smart woman. You don’t need to do this.”

He grabbed her hand and tried to drag her back, but Bertha resisted with surprising strength. Lukas felt like a great weight was pressing down on him inside. He had promised Bertha long ago that he would never raise his hand to her or the children, never force her to anything. But if she kept on dancing then others would see, and then they would never listen to him.

If he had made the others seen sense earlier then this would be over. Bertha would be fine. But he had failed to get through to them, and now the dancing plague had his love.

Bertha danced out into the square, where so many of the other dancers were. The city’s great and good were watching them, stroking their beards and talking quietly among themselves.

“Look at what you’ve done!” Lukas shouted at them. “You let this thing fester and now it has taken my wife.”

“This isn’t our doing,” a minister said. “This is a disease, God’s message to us that we must deal with the sins of our town.”

“This is just desperate people looking for attention!”

“Is Bertha desperate?” Heinrich asked. “Doesn’t she get your attention?”

Lukas opened his mouth to snap something back, then shut it. Hadn’t he given Bertha what she wanted? Hadn’t he been attentive when his work allowed?

No, this was something else. Some dark influence that had seized her, just as it had seized these other people.

Which left a question to which he had no answer.

“We want to take them to the shrine of St Vitus,” the minister said. “This is the sort of ailment in whose face the saint excels. The problem is getting our dancers there.”

Heinrich gave him a curious look, which after a moment morphed into a smile.

“Thank you, Lukas,” he said. “That would be very helpful. Can you bring them to the square tomorrow?”

Lukas nodded. Then he drew away from the others and went to stand watching the dancers, watching his Berth as she moved without reason or rest. He watched them all as they suffered this terrible blight and he prayed that they would feel better soon.

The dancing plague of Strasbourg was a real event, one of at least twenty recorded incidents of mass dancing manias in mid to late Medieval Europe. No-one knows for sure what caused them, but if you want an entertaining and accessible account of the issue, as well as a theory about the cause of the dancing, then check out John Waller’s A Time to Dance, A Time to Die, which inspired me to write this story.