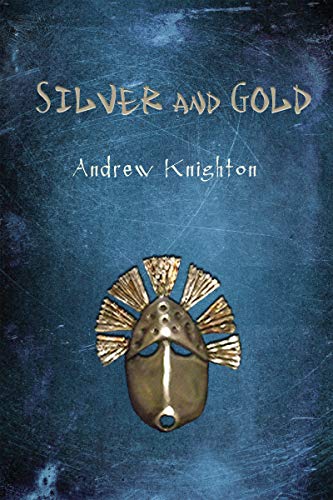 It was good that winter never came anymore, that the sun blazed down on the terraced fields while the streams dried to a trickle of mud. The priest, visiting from the great city in the north, made this clear to Eztli and the other villagers, while he waited for their annual tax of sweet potatoes and cocoa beans.

“Emperor Sun has saved us from the bitter cold,” the priest said, stroking his gold medallion. “His bright light ensures a bountiful harvest. We will thrive thanks to his blessing.”

As the priest led his laden pack llamas away, Eztli looked around the village where she had lived for most of her life. She saw the smiles of her friends and family, the freshly thatched roofs of their huts, the stacks of potatoes, maze, and beans filling the storehouse. Then she saw the dried up fields. Could one year’s blessing be another’s curse?

No winter meant no rising of the streams. It meant no spring rains. No elders died from the cold and no frosts threatened early crops, but green shoots withered in cracked and dusty fields. Instead of huddling in her home for warmth, Eztli tramped back and forth beneath the relentless sun, carrying skins full of water to keep her seedlings alive.

When the priest came again, he looked at their empty storehouses with disappointment, and muttered about the bountiful harvests of the lowland villages, about how the highlanders were clearly wasting Emperor Sun’s blessing. But there were no exceptions to taxes, even if it meant harvesting half-grown crops.

Eztli had travelled the Empire when she was young, and she had seen how others farmed.

“We could dig channels,” she said, once the priest and his llamas were gone. “Divert water from the river.”

Hunger had weakened the bodies of the villagers, but not their determination. With picks and spades, they gouged a straight line through the hard earth. At last, water flowed, the soil darkened, and stunted shoots reached for the sun once more. The villagers sang a song of praise for Eztli, and she smiled as she dreamed of the harvest to come.

But no winter meant no snow on the mountains and no melt water in the spring. The river level sank, and though the villagers dug their channel deeper, it was never deep enough to keep the water flowing. By the time the priest returned, the fields were parched once more.

The villagers’ ribs showed through their skin as they loaded their taxes onto the llamas’ backs. Some muttered about not paying, but the priest had brought guards, men and women wearing feathers and carrying clubs edged with sharp stone. Words of resistance died beneath their merciless gaze.

Eztli had travelled the Empire when she was young, and she had seen what others did to earn the blessings of Emperor Sun.

“We could draw lots,” she said, “and offer one of us as a sacrifice. Then maybe Emperor Sun will bless us with rain.”

No one looked each other in the eye as they drew pebbles from a jar. It was one thing to offer a sacrifice to ward off starvation, another to face the stomach-lurching reality of sending a lifelong neighbour to die. When a young man drew the black stone, his whole body seemed to slump, but he followed the priest and the soldiers away, while Eztli and the villagers wept for sorrow and for gratitude.

The villagers stood before the storehouse, staring at its emptiness with dry and bloodshot eyes.

“We must tell the priest that we cannot pay,” someone said.

Eztli had travelled the Empire when she was young, and she had seen what happened to those who did not pay their taxes. The memory of their blood on the temple steps was like a knife slicing through her heart.

She looked around the village, at the square where she had played as a child, the house her father had built for her when she came of age, the fields she had tended and the channels she had dug, all with these same people, her family and friends. She remembered all their work to preserve this place, and the life they had given on the whim of a single black stone. She was too sad to cry, so instead she spoke.

“I travelled the Empire when I was young,” she said. “I saw the jungle beyond its edge, where many fruits grow wild and wide leaves provide shelter from the sun. Come there with me.”

“What if the jungle is dying too?” someone asked.

Eztli shrugged. “Then we will know just how great Emperor Sun’s blessing is.”

This story is set in the same world as my new novella, Silver and Gold, which is out this week…