In his 1994 book Science Fiction in the 20th Century, Edward James cites Farah Mendelsohn as suggesting that science fiction could be viewed as a form of elite fiction, written for a technocratic elite rather than the literary one that a certain strain of high-brow fiction aims for.

I can see where she was coming from. Most sci-fi is written for a particular audience, one that’s often tech-savvy and which has the experience to decode science fiction’s tropes and assumptions. What makes a thrilling story to an experienced sci-fi reader, with the skills to wrap their head around sci-fi writing, would be bewildering to some other readers.

But I don’t think that elite is the right description for this group. I think it’s better viewed as a community, a selection of people with shared tastes and interests. Some do regard themselves as an elite, made superior by their grasp of the genre, but that doesn’t make them better sci-fi fans, it just makes them snobs.

Sci-fi might aspire to be for an elite because that’s how literary fiction presents itself. But again, I call bullshit on that. The ability to appreciate literary fiction means you have a particular set of skills that most people don’t. So does the ability to build a dry stone wall, plumb a boiler, or play the violin. Those skills are awesome but they don’t make you better than other people, as the word elite implies.

Sci-fi is for a particular community, one that can choose to elitist or inclusive. I know which I prefer. 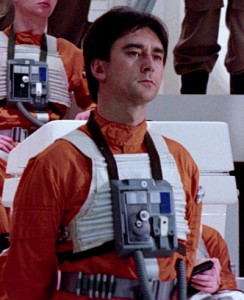 Take Wedge Antilles, an x-wing pilot from the Star Wars films. Just in typing that sentence I’ve divided responses to this paragraph in half – between those nodding sagely and thinking, ‘ah, good old Wedge’, and those who suspect I made that name up.

Wedge appears in a minor role in all three films of the original Star Wars trilogy. He has a name, appearances in several scenes, and even a couple of lines of dialogue. But if you’re anything other than a dedicated Star Wars fan, you probably mistook him for a series of unconnected extras. His role in the films is to personify the phrase ‘third fighter pilot from the left’.

Yet Wedge has fans. He has multiple appearances in books and comics. He has an extensive page in the Star Wars wiki.

Why? Why does anybody care about third pilot from the left? It’s not like Boba Fett, an equal minor character whose popularity surely resides in his awesome outfit and having the label of greatest bounty hunter in the galaxy.

I have a few theories:

Maybe Wedge does all these things and more. Probably it depends on the fan considering him.