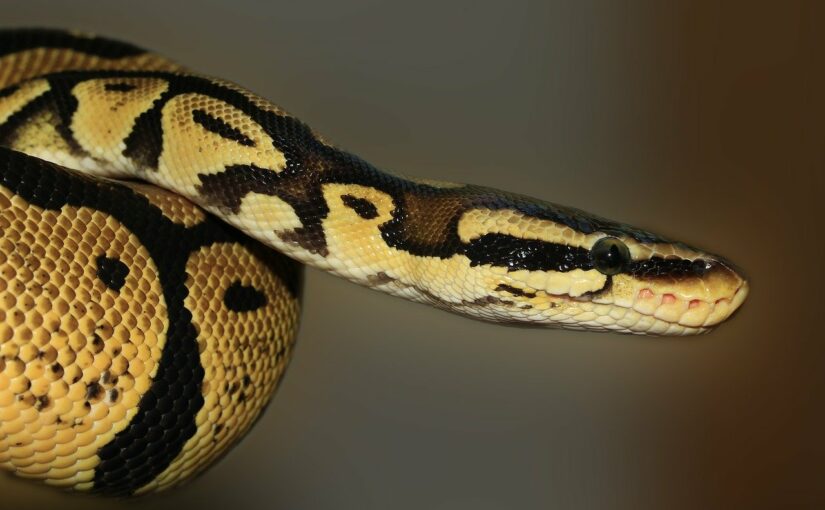 Our local guides cried out in alarm as they walked into the clearing.

“What have you done?” Bor exclaimed.

“Not that!” Bor snatched up the python skin, all thirty blood-slicked feet of it, and held it out, his hands trembling. “This!”

“Quite a beast, isn’t it?” I patted my belly. “We caught it by surprise at it slithered into the clearing. It’s fed us well, and with enough left over for several days.”

“You monsters!” Bor drew his shortsword, firelight burnishing the bronze blood red, and shouted at the top of his voice. “The travellers have killed God!”

I grabbed my bow, and my companions followed, snatching up a sword, an axe, a crossbow. But locals were pouring out of the forest, and though their furs were ragged and their weapons simple, they outnumbered us ten to one.

“There’s been a misunderstanding.” I lowered my weapon and raised my hands. “You said that this clearing would provide for us, and when the snake appeared…”

“He has provided for his people for a hundred generations.” Bor’s face was pale. “Since the day he ate his brother, took his power, and became God.”

“There must be justice.”

“Of course.” I knelt and opened my saddlebags, glad that we had brought plenty of gold and other trade goods. The risk of being robbed was nothing next to the risk of being unprepared. I held out a handful of coins. “A hundred, perhaps? Two hundred?”

“You think you can buy justice?”

At a nod from Bor, two of his people pinned my arms behind my back. Around the clearing, my companions were held tight where they stood, their weapons flung out of reach.

“There must be blood.” The tip of Bor’s sword touched my throat, gentle as a traitor’s kiss, while he readied himself to strike.

“Please, it was an accident!” I tried to keep my voice steady, but it was hard to die with dignity when I so desperately wanted to live. My stomach was tying itself in a knot. “Where’s the justice in killing me for that?”

“Where is the justice in letting a deicide live?”

My guts squirmed, and I struggled not to shit myself. Fear was making an infant out of me.

Then the snake skin moved, scales rippling as it slid away from the fire. Bor sank to his knees as the hollowed out beast raised its head, empty eye holes staring from the space where a skull had been.

“You killed me,” said a voice that rattled like dead leaves in the winter wind. “But I killed my brother when the world was young and took his power for myself. I am a killer of gods, and I will easily kill you.”

“Yes, my lord!” Bor cried out, and his people cheered with him. “Punish the transgressor!”

The writhing in my gut spread through my body. Muscles trembled and skin crawled. My bones cracked and twisted. I cried out in pain. My punishment had come.

“What is this?” the God asked.

My clothes fell away, no longer fitting me. My arms slid from my captors’ grasp, then dissolved into the sides of my chest. Scales burst through my skin as realisation burst through my mind.

“I ate you,” I hissed, forked tongue flickering. “As you ate your brother. I am the God of this place now.”

I shot across the clearing and grasped the old God, wrapping him in my coils. He cried out in anger, but it was too late. I tightened my grip, exhilarating in the movement of muscles I had never known. My opponent crumpled. At last, I flung his empty skin into the campfire and watched as it withered in the flames.

The locals were on their knees, chanting my praises. My travelling companions, freed of their grasp, snatched up weapons and saddlebags, ready to make an escape.

“Can you ride like that?” One of them asked, looking up at me in admiration. “Or do you want to stick around for a bit, see what we can get out of this?”

I slithered across the clearing and wrapped my coils around him.