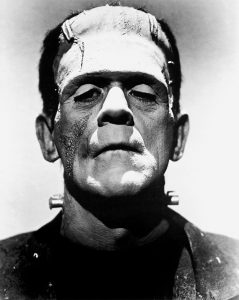 On one level, it seems to show empathy for another person. You’re showing an awareness of their suffering.

But on another level, it’s tied to keeping them down. Subjects of pity are seen as lost, stuck, disempowered. We might feel sorry for a friend who’s hurting, but we don’t pity them. It carries a sense of inequality.

Pity is the emotion of rich Victorians seeing the suffering of the poor even as they judge them.

Pity recognises someone else’s suffering, but it doesn’t build a bridge. It raises a barrier between the person who’s pitied and the the person who pities.

If ever there was a book that highlights this, it’s Mary Shelley’s Frankenstein. The characters in that book spend a lot of time on pity. Frankenstein pities the lost, the hurt, the vulnerable. He doesn’t see them as agents equal to himself.

This is reflected in the way he views the whole story. It’s not about what other people want and need. It’s never about empowering them or trusting them. It’s all about his actions and their consequences. People’s fates depend on him.

And this is his downfall. He never considers the monster’s point of view. He pities his creation rather than empathising with it. He raises its hopes and then shatters them. He keeps the monster’s destiny in his hands, but won’t consider how it will react.

Which leads to more destruction and more people for him to pity. And of course, the person he really feels hurt for is himself.

Most science fiction has lead characters who are reasonably sympathetic. It’s therefore strange to realise that the original sf story doesn’t. His inability to properly empathise with others makes it hard to empathise with him.

This morning I caught up with recent episodes of Thug Notes, including an episode on Frankenstein. It’s years since I’ve read Frankenstein, but it still gave me fresh food for thought just by bouncing my brain back towards Shelley’s classic.

Frankenstein remains a powerful story for me. It shows a difficult journey for both the monster and his creator, and I like a rich seam of darkness in my culture. Some people talk about how dark science fiction has become in recent years. Where’s the optimism, they ask? Where’s the light? And that’s fair enough, but for a genre that arguably started with Shelley’s bleak book, is it really so weird that we sometimes get brooding?

But the thing this really made me think about is progress. Not so much the story’s own reflections on progress and its flaws, though it’s an interesting theme. But rather how writing has progressed in the past couple of hundred years. However much Frankenstein might be a powerful work of genius, the writing and plotting can seem clumsy by modern standards. And I don’t think this is just a matter of shifting tastes, or of our sensibilities being worn down to blandness by popular culture. I think that, as a culture, we’ve learned how better to excite readers, how to play more vigorously on their heartstrings and imaginations.

Not all change in culture is progress. Variety and loving the old is great. But the progress is there. New techniques are there. We are learning.

The reasons I’m not likely to re-read Frankenstein are the same reasons why I gave up on listening to an Arthur C Clarke book – the writing style just isn’t as engaging as most modern writing. Those old books just can’t hook me in as well. And you know what? That’s a great thing. We’re progressing. We’re getting better at what we do. Because human beings are awesome, and that’s where I see the light in science fiction.

Any thoughts? Am I right? Am I ignorant? Does Frankenstein bring the monster in you to life? Let me know, leave a comment.