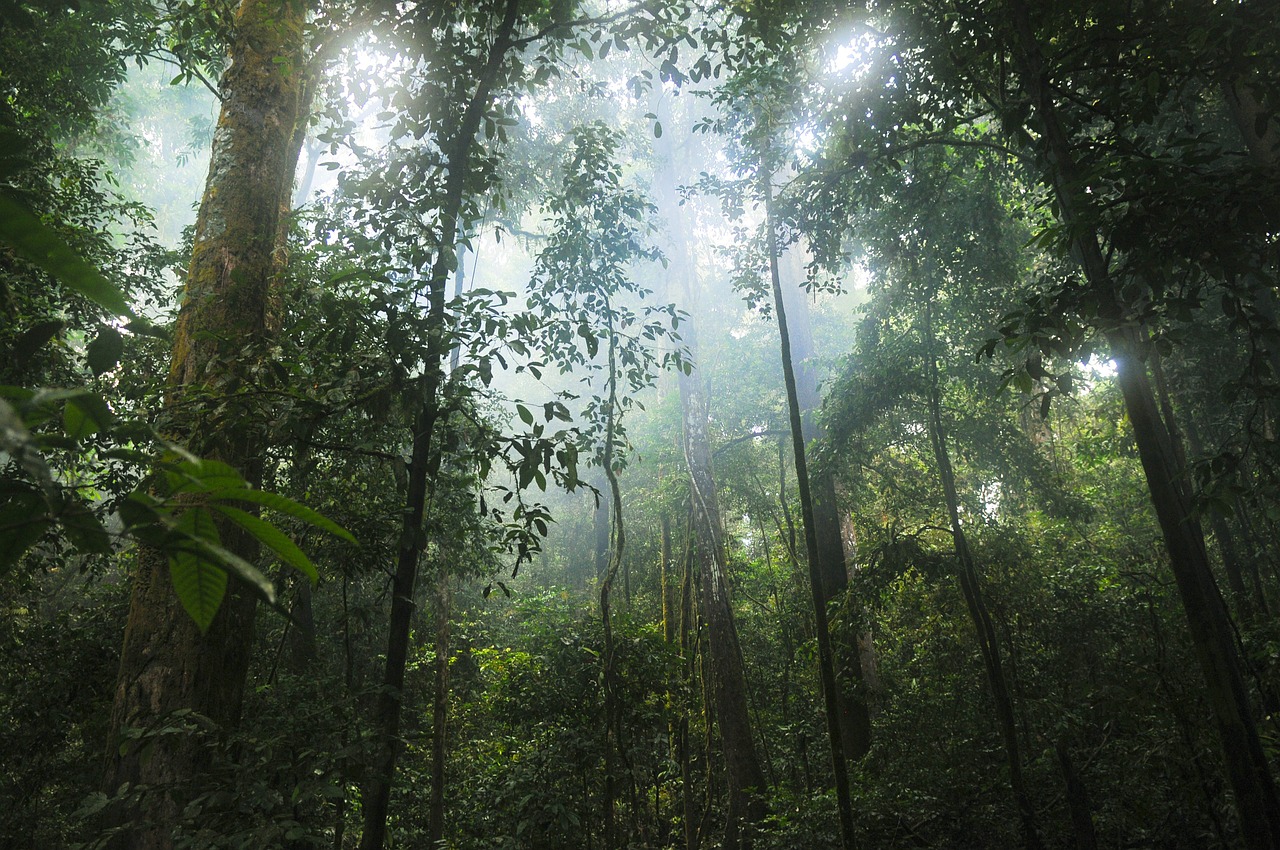 By the light of a small torch, Claudine set her explosives against the base of the generator. She glanced around but there was no sign of the power plant’s guards, only Philippe staring vacantly at the machines.

She shook her head and pulled out a fuse. If they relied on Philippe, then France would be occupied by the Nazis forever. But the British agents who supplied their explosives expected to talk to a man, and so…

A light flickered and she looked up in alarm. A man in denim trousers and a t-shirt stood beside her, behind him a bearded figure wearing chainmail and carrying an axe. The one in the t-shirt touched her shoulder, there was a flash, and the world spun away.

Suddenly, it was daylight. The three of them were in a jungle clearing, the air thick with the smell of flowers and the calls of birds. Claudine dropped her fuse and leapt to her feet.

“What the hell?” she asked, staring at the two men.

Durwin’s mouth hung open as he watched a pair of parrots fly past.

“Take me back,” Claudine demanded. “I have a mission.”

“It’s OK,” Joel said. He looked down at a gadget in his hand and started playing with its dials. “I just need you for a few hours for my art installation. Once I’m done, I’ll take you back to the moment I borrowed you from. You won’t even remember any of this.”

“My country has been occupied by the Nazis.” Claudine grabbed Joel by the scruff of his neck. “I don’t have time for your damned art project.”

“It’s OK.” Joel smiled and put on a calming voice, like he was trying to sooth a toddler. “I couldn’t have picked you out of the time stream if your actions mattered. All the records show that Philippe Blanc destroys the power plant at Grandville.”

“The only thing that pretty boy could destroy is a baguette. Now take me back!”

“I just need to pick up one more-”

Durwin tapped Joel on the shoulder and said something Claudine couldn’t understand.

“Seriously,” Joel said, looking back and forth between them. “Neither of you matters to history. This is your chance to contribute to the world of art.”

Claudine snatched the device out of Joel’s hands. It had clearly been adapted, with electronic components spilling out of its original casing. Joel stared at her aghast.

“Give that back.” He grabbed the device but Claudine wouldn’t let go. They tussled over it while Durwin’s protests grew in volume. Joel twisted, jerked, and wrenched the device from Claudine’s grip, leaving her with a handful of loose components.

The world seemed to ripple around them. One minute they were standing in the jungle, the next on a snowy mountainside overlooking a herd of mammoths. More ripples and they were in a city of glass and chrome, a sandstone fortress, a cluster of tents in a desert oasis. Claudine’s stomach churned. Durwin stared, mouth hanging open again.

“Shit shit shit.” Joel worked frantically at the device, twisting wires together, clipping components onto each other, prodding at buttons. At last the world went still, leaving them on a hillside at night, listening to the rumble of traffic on a multi-lane road below.

Claudine wanted to scream for a dozen different reasons. Instead, she held her wonder and her frustration inside, as she always had to.

“Send me home,” she said, fighting to keep her voice steady.

“Fine.” Joel rolled his eyes. “But you could have been part of something special.”

“Yes yes, you’re part of something special too,” Joel said, patting the baffled looking warrior on his shoulder.

Joel pulled a card from his pocket, slid it into the side of the device, and turned a dial. Suddenly they were back in the factory, right where Claudine had been planting her bomb.

She glanced around. Still no guards or soldiers. Down the machine hall, Philippe was frowning as he pushed too many wires into his bomb.

“Your loss,” Joel said. “Not that you’ll remember.”

The world rippled and Joel and Durwin were gone.

Claudine looked down at the bomb she had been planting. Why was she standing up? And why hadn’t she put the fuse in yet? Time was of the essence. If the Nazis caught them it would mean disaster.

She opened her hand, revealing a fistful of electrical components she didn’t recognise. No fuse.

Well, she would just have to improvise. With a few of these wires, her watch, and the batteries from the torch, she could make something work. There was still time before the guards came round again. Just enough time.

Over on Twitter, I often talk about what I’m writing today. Sometimes this leads to weird combinations that leave you wondering what sort of story they’d make, and sometimes friends challenge me to write that story. Which is how I ended up with a time travel story involving a Saxon warrior, a 20th-century saboteur, and a jungle trek (alright, I left out most of the trekking, but I think this still counts). I hope you enjoyed it. If you did, please share it with friends and maybe sign up to my mailing list to receive weekly bursts of fiction.