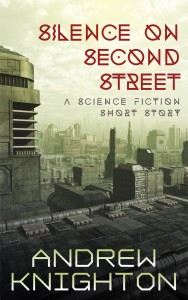 The awesome folks at Extra Credits recently put up an interesting video on where science fiction is currently at, including a brief history of broad genre trends. And I mean really brief – this whole video is less than six minutes long, and worth your time if you like considering such things.

I don’t really agree with the homogenous view of sci-fi the video implies, or its conclusion that we’re missing out on something by not having a single, over-arching style that dominates the genre. To me, a diverse and fractured genre is an interesting, creative one, as long as people don’t waste too much time arguing the merits of the different styles. Not having a dominant form of sci-fi means we’re less likely to fall into the trap of taking tropes for granted.

That said, it’s interesting to speculate about what’s going to emerge as the big trends of the next ten years of sf. Will transhumanism be queen, as we explore the idea of moving beyond the limits of our bodies? Will it be about building entirely new realities as virtual reality becomes more widespread and we see its implications? Given the snide comments about certain politicians in the UK, US and USSR, are we in for another wave of dystopianism?

Honestly, I think that anything I pick will be wrong. That’s the thing about big, imagination-capturing trends – they’re not the ones we expect, but the exciting ones we don’t see coming. So fingers crossed for fictional futures I’ve never even thought of.