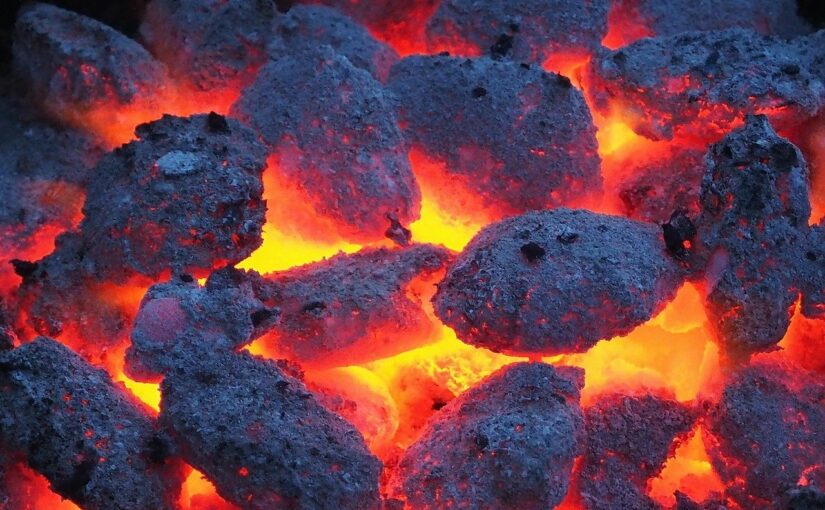 I watched the hearth fire fade, the glowing soul of the coals burning down, crumbling into weightless heaps of black and white. This would be the last time. I would keep no final ember alive, cradled in ash through the night to light the next morning’s fire. What was the point, when only I remained? The storm could have me.

The remnants of a log collapsed into dark dust, its sparks fading as they were caught by the wind blowing down the chimney stack. One ember remained, the moment of choice between life and death, holding open the doorway between this world and the next. As was their right, the ghosts of my hearth stepped through to witness its warmth. My parents, uncles and aunts, grandparents, generations before them. My wife, cradling our only child, who never made it past the birthing bed. They watched, expectant, waiting for me to scoop ash around that coal, so that it would burn, slow and steady, through the night.

I gazed at them, then shook my head. The kindling that waited by the hearth would never touch that coal. It would blaze strong and burn out. When my family left, I would soon follow.

The shutters shook and a slither of icy wind forced its way under the door.

Of all the family who had lived around this hearth, only Uncle Olaf was absent. On the night he died, we had carried fire from the hearth out into the night to tend to a sickly sheep. Unseen by any of us, Olaf’s spirit had followed that flame, and become lost when we extinguished it. A year of mourning was not enough to light his way home.

The spirits watched me. I had thought that I wanted to be with them one last time, but that feeling of finality made their presence unbearable. I lurched from my seat, flung the door open and strode into the night. The storm wind blew in behind me, scattering ash before it slammed the door shut.

Icy raindrops soaked my tunic and clawed at my exposed cheeks. The cold wind dragged the heat from my body as mercilessly as from the embers in the hearth.

I gripped the gate of the sheep pen. I should give my flock a chance. I lifted the latch and left the gate hanging open, but none of the sheep moved. They huddled together, companions warming each other in the face of a cold world. I envied them.

The house stood bleak against the hillside, only the faintest glow showing through the shutters. Once that faded, I would go back in. I would die where I had lived, like the rest of my family.

A voice emerged from the storm’s howl, like a lamb’s first bleat almost lost in its mothers birthing cries. A figure stumbled up the valley, torn cloak flapping, clutching a tree branch as a staff, one twisted leg trailing behind. I ran to them and saw a woman’s face, dripping wet despite her hood.

I slid an arm under her shoulder and led her toward the house.

“My horse slipped on the riverbank, crushed my leg and carried us both in. I barely made it out, and now…” Her words faltered, snagged on gasping breaths and chattering teeth.

I flung the door open and led her to my seat by the hearth. I had never seen anyone so in need of warmth and light, but all was darkness.

I grabbed a stick and stirred the dust of the fire. One small ember remained, hidden under the ashes. I placed straw around it, then slender sticks, and blew softly. For a moment, I thought that I was too late, but then a finger of flame rose from the straw, and the hearth fire was reborn.

For a moment, the ghosts of my hearth stood illuminated. The fire was growing, the door closing, and they faded from my world. The last I saw of them was my wife’s smile.

“Here.” I handed my guest a blanket. “Get out of your wet clothes. I’ll go fetch wood.”

Outside my house, the storm raged. Inside, the hearth fire blazed.