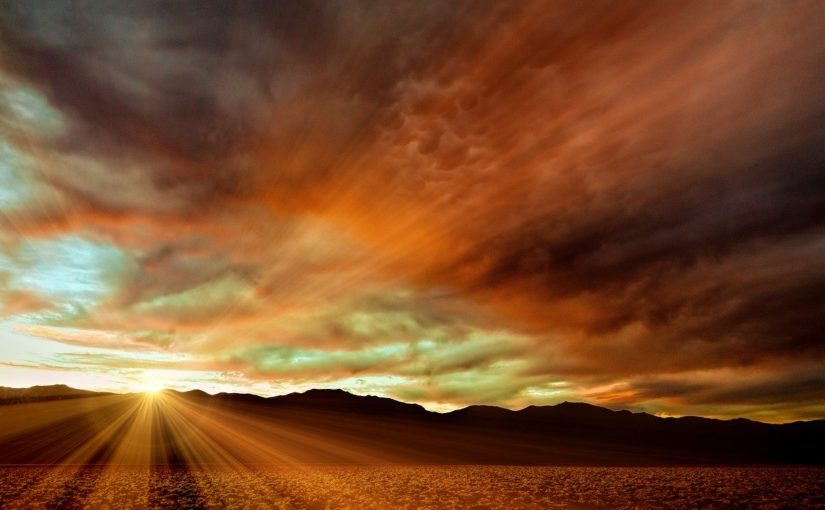 Night after night we had fled across the desert, straining at every step against the sand that tried to hold us back. My legs ached and my throat rasped from the dry, dusty air. Patches of skin that had been blistered by the midday sun now felt the bitter chill of the cloudless dark.

Every moment was etched with terror as I watched for our pursuers. Sometimes I would see one of them looming out of the moonlight, would raise my hand and summon ancient power. My palm would blaze and the creature would be driven back, teeth gnashing and claws slashing at the air, or it would be exposed as just a figment of my fearful imagination.

When the creature was real we could fight it. My staff and Kotali’s sword swinging in the darkness while the child clung to her back, whimpering in fear. That was the sound driving me to strike harder and faster, to fling my magic around with wild ferocity, to scream and shout and hammer each fallen beast until it was nothing but broken bones and blood seeping into the sand.

When the creature wasn’t real, only my fear and anger lay exposed, a bloody wound on my soul.

For the sake of our innocent burden, I was becoming a monster. The soft, compassionate woman who had left the city was gone, replaced by a ruthless killer. And yet it wasn’t the loss of myself I feared. It was the coming of the sun.

“This is the night,” Kotali said as we strode up a dune, sand sliding down between our feet. “This time we’ll get there.”

“You said that last night,” I said. “And the night before. And the one before that.”

But the creatures still might, if we weren’t fast enough.

Dozens of us had dreamed of finding shelter in Elvast, but only I had ever been. Mine were the stories of the shining towers, the kind people, the wise rulers I had seen in my youth. I was the one who had set our course as we fled the sorcerers’ guards and their ravenous beasts. Only I really knew what we were running towards.

I pictured it rising out of the desert, with bright towers and open gates, the city that took in the lost and the broken, that would give a home to all who needed it. A place where the child could grow in safety until he came into his power. A blazing beacon in a world of shadows.

Could I even bear to see that again?

The child pointed east, ahead of us. The sky was growing light. The night would soon be over.

I stopped and turned my head, unable to face what was about to be revealed. Parched as I was, tears formed at the corners of my eyes.

“Look for me,” I said, my voice a strained croak. “I have to watch our rear.”

The creatures were closing in, sensing some change within us, a moment of weakness they could exploit. I felt that weakness, a hope broken before it could even become real. I raised my hand and fire danced between my fingertips. If it had just been me, I could have let that power go, let the creatures end my long, drawn-out pain.

But it wasn’t just me.

Kotali gasped. The child giggled. A flash of something bright and earnest rose within me, faltered, and fell.

I held out my hand to the creatures and waited. Better that than face the dawn.